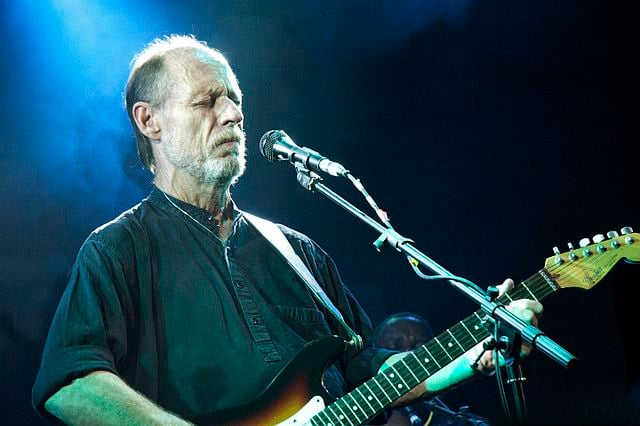 Our Top 10 Little Feat songs list takes a look at the songs Little Feat recorded during the decade of the 1970s. Even though Little Feat broke up in 1979 just after the passing of Lowell George, they did reform in 1987 and continued on into the 2010s. Our focus on just the 1970s period should not be misinterpreted as any sort of disrespect towards the band’s later period. There is just simply too much material to cover over a fifty year period. We will cover the band’s later period in a subsequent article. Additionally, the bands 1970s period is unique in their history because obviously, it’s the only period they recorded with founding member Lowell George.

The band Little Feat would reform in the late 1980s and continue onward releasing nine more studio albums between 1988 and 2012 while still performing live. The band celebrates a massive cult following in similar fashion to bands like The Grateful Dead, Dave Matthews Band Jimmy Buffet and so on. Their following knows no boundaries. Little Feat fans are everywhere.

Like what was written in the introduction, our top 10 Little Feat songs of the 1970s article will only examine songs released from the seven great Little Feat albums released between 1971 and 1979. If you are unfamiliar with Little Feat’s music, we hope this Little Feat songs list will serve as a great starting guide for you. It’s the main reason why we compose these top 10 songs lists.

We open up our top 10 Little Feat songs list with the great track “Strawberry Flats.” The song was released on the band’s debut album Little Feat in 1971. It might not be the band’s most popular song but it just feels like the right place to start.

“Perfect Imperfection,” is probably one of the most underrated Little Feat songs in their catalog. This slow blues number sung by Lowell George was released on the band’s final 1970s album titled Down On The Farm.

This one rips your heart out. Lowell George shines so brightly on this one. The instrumentation, the backing vocals, the guitar solo. Its so brilliant and so moving. Her lies were so sweet! Oh stab me in my heart. The song was released on Little Feat’s record entitled The Last Record Album.

Songs like “Sailing Shoes,” are the type of songs that establish cult followings like the one that eventually formed around Little Feat. This classic song was released on the album of the same name Sailing Shoes.

Feats Don’t Fail Me Now was one of Little Feat’s best albums. The album was released in 1974,  The Feats Don’t Fail Me Now  album featured Bonnie Raitt and Emmylou Harris on backing vocals. The addition of the Tower of Power horn section gave the album a sound and feel that had not been presented on any previous Little Feat albums. Just listen to to them on this great track.

The Doobie Brothers meet Little Feat on this fabulous album. The great record Time Loves A Hero was released in 1977. The album featured guest musicians Michael McDonald, Jeff “Skunk” Baxter and Patrick Simmons of The Doobie Brothers on various tracks on the record. The song “Time Loves A Hero,” received heavy airplay on album oriented rock radio in the 1970’s when it was first released.

The band’s 1974 album Feats Don’t Fail Me Now  is so good we could have easily fit every track form the album on this top 10 Little Feats songs list. Its what makes composing these top 10 lists so difficult as there are so many great ones that are left off. There was not room enough for both of these so we cheated and created a tie.

Ij the number three spot on our Little Feat songs list we present the song “Fat Man In The Bathtub.” The song was released on the band’s legendary album entitled Dixie Chicken. The album featured the lineup of Lowell George on vocals, guitar and  flute, Paul Barrere on guitar and vocals, Sam Clayton on congas, Kenny Gradney on bass, Richie Hayward on drums and the great Bill Payne on keys.

The legendary Little Feat song “Willin’ was written by Lowell George. The song is legendary for various reasons. One of those reasons is it helped Little Feat secure a record contract with Warner Brothers records. The other reason is based on multiple stories on how Lowell George showed this song to Frank Zappa when Lowell George was member of The Mothers Of Prevention and got kicked out of the band because of it. No one knows for sure the real reasons why because both musicians have passed away. That story will probably remain a mystery.

Everything that we loved about 1970s Little Feat is defined in this brilliant recording. The song “Dixie Chicken,” was written by Lowell George and Fred Martin. The album Dixie Chicken also featured backing vocals from soon to be famed slide blues guitarist and vocalist Bonnie Raitt.