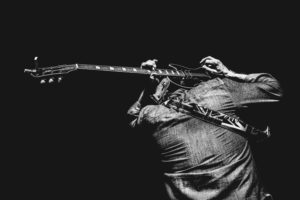 Our top 10 John Eddie songs looks back at the career of another New Jersey rocker who arrived on the scene in the eighties, but never became as big of a star as Columbia Records thought he might become. The man did have a legitimate chance at stardom. He was signed to Columbia Records which was one of the biggest labels in music history. The label of Bruce Springsteen, Bob Dylan, Johnny Cash, Miles Davis, Simon and Garfunkel and hundreds of other legendary artists. If you were a big Bruce Springsteen fan, especially in the 1980s, chances are you heard about John Eddie and maybe even brought one of his albums.

So why do we keep mentioning Bruce Springsteen in the same breath as John Eddie? Well, when Bruce Springsteen became the biggest rock star in the world in 1984, his stardom would fuel an onslaught of so many more aspiring artists who wanted to be the next Bruce. The first wave of Bruce wannabes actually began in the 1970s when Bruce turned the rock and roll world upside down with the release of Born to Run. We  Artists like Billie Falcon and Johnny Cougar were in many ways marketed as the next Bruce Springsteen very unfairy to them. We love Billy Falcon and  John Mellencamp. But record company were looking capitalize on the Springsteen phenomena and they went after similar artists. Many others were clearly inspired by the work of Bruce Springsteen, in the same way Bruce was inspired by Roy Orbison, Van Morrison and The Animals. All rock stars are inspired by their heroes. Billy Joel by The Beatles, The Beatles by Elvis Presley and so on….

The 1980s Bruce Springsteen was a far different character from the 1975  Bruce Springsteen. That brought out a new series of artists who were inspired in a different way. It brought out artists like John Eddie, Mink Deville and many others. Now it must be remembered that hardcore Bruce Springsteen fans were nuts over the singer’s music. They wanted as much as they could get. Bruce really did not release that much new music. The Born in the U.S.A. album was his first new album of rock and roll music with the E Street Band in four years. Sadly it would become his last new rock roll album E Street Band for another 16 years until The Rising came out in 2001. So during those lean years when Bruce Springsteen did not release a lot of music, fans looked other places for artists that were similar. It’s probably why the film Eddie & The Cruisers was so successful. It was a film with songs written by a band called the Beaver Brown Band who had also been a Bruce Springsteen covers band. The music and even the story behind the original movie was so closely tied to the persona of Bruce Springsteen.

John Eddie was signed to Columbia Records and released two albums for the label, John Eddie in 1986 and The Cold Hard Truth in 1989. In 1991 John Eddie signed a new record deal with Elektra Records, but had the album he recorded for the label shelved. The next studio albums fans would see from John Eddie would be released in 2003 entitled Who the Hell is John Eddie? The album was released on Lost Highway Records. Almost ten years later in 2012, John Eddie released his fourth studio album called Same Old Brand New Me. John Eddie would eventually find great financial success as a songwriter when Kid Rock recorded a handful of John Eddie’s songs.

I was a fan of John Eddie’s music when he released his first album. I thought it had a lot of spirit. I remember when he opened a big Giants Stadium Music festival concert in 1986 .The guitar player in my band who I will just mention as Tommy was asked to be the band leader for his group for the concert. He declined because we had gigs of our own at the time. They wound up getting G.E. Smith instead. So in tribute to a old school New Jersey artist who was actually not from Jersey, here are ten great John Eddie songs from an artist we have a lot of respect for.

We open up our top 10 songs list with the popular energetic Elvis Presley inspired song entitled “Jungle Boy. “This was the big lead single from John Eddie’s debut album entitled John Eddie. We figured we might as well open up with a big one to grab your attention right away.

In the number eight spot on our top 10 songs list we present the song entitled Swear The song was released on the album entitled The Cold Hard Truth. This was John Eddie’s second album on Columbia Records released in 1989. The album was more keyboard dominated than his first record as the sound of 80s keyboards overtook so much back then.

In the number seven position on our top 10 songs list is the song entitled “If Your Here When I Get Back.” This was the opening song on John Eddie’s album entitled Who the Hell is John Eddie?  The album was released in 2003. This is a very different sounding John Eddie on this track as there is a country influence that we had not heard on his 1980s albums.

Landing in the number six spot on our top 10 songs list we present another keyboard dominated song entitled “Shake My Faith.” This is a great song, but the arrangement just kind of missed the point as to who John Eddie was. Nonetheless, it’s a great song, we just wish it had been done differently. John Eddie delivers a great vocal as usual. The song “Shake My Faith,” opened up the Hard Cold Truth album released in 1989.

Like many  rock stars and musicians from the 70s and 80s, John Eddie would turn country in the 2010s. And in this case, its awesome, because this is a stunningly beautiful song.  This tender heartwarming John Eddie song was released on his album entitled Same Old Brand New Me. Nice job Eddie, this one is really special.

Continuing with the John Eddie county theme we thought it was important to present one of the most successful songs John Eddie has ever written  At the number four spot on our top 10 songs list we present the song entitled “More Than Miles.” The single was written by John Eddie and Brantley Gilbert. The song was released on the Brantley Gilbert album entitled Halfway to Heaven. The song became a top 10 hit for Brantley Gilbert and John Eddie. This one probably paid some bills.

Moving along on our top 10 songs list we present the song entitled “Living Doll.” This great ballad was released on John Eddie’s first album. With just a piano and a vocals this is as genuine as it gets. Maybe a little less reverb on the vocals, but that was 80s production techniques. The song served as the perfect album closer.

Just of the top spot on our top 10 songs list we celebrate the southern style boogie rock and roll song entitled “Pretty Little Rebel.” This is the rocking John Eddie we loved. The song was originally released on his debut album. The recording below was taken from his live album released in 2001 entitled Guy Walks Into a Bar… John Eddie Live.  The band sounds like Lynyrd Skynyrd on this one.

We close out our top 10 songs list with the rocking song entitled “Dream House.” This has always been our favorite John Eddie song. The melody and chord changes always reminded us of a sped up version of Bruce Springsteen’s “Nebraska.” But that being said, this is just an awesome piece of rock and roll from the 1980s. The E Street Band rocks out on this one. Listen to Max Weinberg play those drums. This is the type of music John Eddie should have released on his second album. It may have led to a third Columbia Records album.