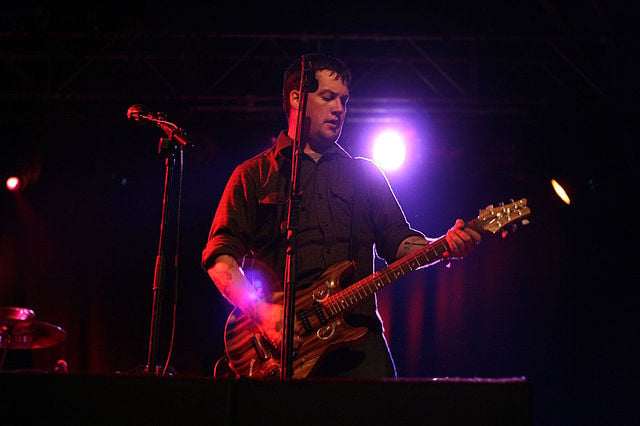 Our Top 10 Modest Mouse songs look at the best releases of a band whose music is characterized by memorable guitar riffs and transcendent vocals. Formed in 1992, Modest Mouse has been among the most significant figures in the indie rock music genre for decades. Their quirky and unstable rock elements combine with Isaac Brock’s distinctive vocals to bring out the magical brand- Modest Mouse. Change is inevitable, and for Modest Mouse, this meant altering their lineup from time to time to suit their current needs as a band. Lead vocalist Isaac Brock and drummer Jeremiah Green remain the only founding members present in the current lineup.

Comparing Modest Mouse with any other indie-rock band is quite a daunting task due to their evolution in sound and quality. While they might have stuck to their indie-rock roots, the band has been malleable to social situations through which their songs are inspired. Notably, Modest Mouse remains to be a strong band known to capture aspects of their environment and personal lives, turning it into music art. Here are the top 10 Modest Mouse songs from almost three decades in the music industry.

Introducing us to the top 10 Modest Mouse songs is the song “Gravity Rides Everything” from their 2000 album, The Moon & Antarctica. The band had just signed to Epic Records and would now take advantage of using tons of new resources, including great production by the big record label. Gravity in this song is used metaphorically for fate. The message of the song is that in the end, everything falls in place, despite the troubles that you go through.

Also from the album, The Moon & Antarctica, is the song “3rd Planet” featured as the opening track of the album. The song serves as a perfect intro to the new style of music composition from Modest Mouse, which felt quite mature compared to most of their other releases. The simple chord progression on the acoustic guitar sets the song’s tone for the Moon & Antarctica album. And when it comes to the vocals, Brock disappoints not in delivering the song’s lyrics that ponder existence, nature, and the self.

Featured in their 1997 album, The Lonesome Crowded West, the song “Trailer Trash” is famed for its simplistic beauty in all aspects. The song describes personal aspects of the life of the band’s vocalist Brock. This includes some repugnance of his family and their status until he was away from home. As much as he resents the family, Brock misses his family and apologizes for his actions against them. The song’s beat can be described as emotional, playing a pivotal role in Brock’s vocal and message delivery.

Reminding us about Modest Mouse right before they signed with Epic Records is their 1999 song “Night on the Sun.” The nine minutes long ballad can be described as a dark song with cryptic lyrics. True to the word, the song references some hopeless existence. In a great way, you can feel that the lyrical themes of this song are quite similar to the contemporary Modest Mouse from the early 90s. However, the song instrumental makes quite a magical one proving Modest Mouse to be amongst the indie rock bands worth listening to.

Recorded back in 2003, the song “The World at Large” would be featured in Modest Mouse’s album, Good News for People Who Love Bad News. This is one of the few songs that the band had to do without Jeremy Green after he suffered a nervous breakdown. Instead, Benjamin Weikel would take on the drums proving worthwhile drumming for a major band like Modest Mouse. Thanks to Isaac Brock, Eric Judy, and Dann Gallucci for the great lyrics that helped propel the song “the World at Large” as one of the band’s best releases.

The song “King Rat” was originally released as a promotional single for the band’s 2007 album, We Were Dead Before the Ship Even Sank. It would later be released as the second last song in their 2009 album, No One’s First and You’re Next. While the song is quite theatrical, it holds to the melodic nature of most of Modest Mouse’s songs. The song’s video features an animation that was fully conceived to the final details but unfinished, credit to the late award-winning actor Heath Ledger who directed the video.

Featured on Modest Mouse’s 1996 album, This Is a Long Drive for Someone with Nothing to Think About, is a song about a drug, Dramamine. Notably, Dramamine is a popular motion sickness drug that can be used to change your mood. For Modest Mouse, Dramamine makes the perfect companion for long trips having it bring on some opiate effects to the user. However, the song goes beyond this by capturing the feeling of being lost in your pain. While it might feel like a sad song, “Dramamine” remains quite hypnotizing and memorable, thanks to the great lyrics by Isaac Brock.

Featured in the band’s 2007 album, We Were Dead Before the Ship Even Sank, is a great ballad by the title “Dashboard.” The song has vocalist and songwriter Isaac Brock see the positive side of matters, something so hard to visualize, especially when the world is falling apart. “Dashboard” would be composed on the first day Modest Mouse collaborated with guitarist Johnny Marr. The song received quite a great reception having it go up to number 5 on the US Alternative Airplay Chart and number 61 on the US Billboard Hot 100.

Coming in at number one is the song “Float On” from Modest Mouse’s 2004 album, Good News for People Who Loves Bad News. The song lyrics bring on the reassurance that things will be better in life. Isaac Brock was inspired to write about the song having him lose two close buddies earlier in his life. The song “Float On” performed greatly on the charts and was adopted in the video game Guitar Hero, World Tour.