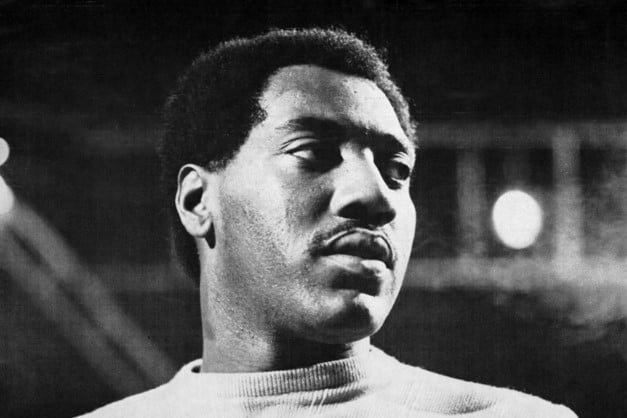 Our Top 10 Otis Redding Songs list looks back at the career of one of the greatest singers of all time. While many R&B and soul singers either specialized in uptempo numbers or ballads, Otis Redding lit up the room on both ends. He could rock and swing with the best of them while making you weep like a baby when he sang those slow hurting painful ballads. God only knows the career Otis Redding would have had if his life had not been cut short in a plane crash in 1967. He already had a magnificent career in such a short span of time defining himself as one of the greatest singers and songwriters of the 1960s.

Otis Redding’s albums were filled with cover songs and original compositions. That’s the way many artists released records in the 1960s. The Rolling Stones, The Beatles The Righteous Brothers and so many others artists released covers and originals early in their careers. Our Top 10 Otis Redding songs list takes a look at a mix of originals and cover songs that defined a brilliantly talented artist for the ages. Otis Redding released only six studio albums before he passed away. His first album was released in 1964 entitled Pain In My Heart.

We open up the Top 10 Otis Redding songs list with the legendary singer’s first single release entitled “She’s All Right.” This great track was released in 1962 on Marble Arch Records in England. This was before he signed with Stax. This was groundbreaking pioneering music back then. No one was singing like this in 1962.

One of the great action packed rock and roll meets soul albums of all time was released by Stax Records in 1967 entitled Live In London. The album featured all the great Stax recording artists including Booker T and the M.G.’s, Carla Thomas, Eddie Floyd, Sam & Dave, The Markays and of course Otis Redding. The great track “Shake,” was released as a single from the record. This one smokes. It must have been unbelievable to be in the audience that night to see Otis Redding perform this one.

With the song “Mr. Pitful,” we go back to the year 1964 and the album The Great Otis Redding Sings Soul Ballads. The song was written by Otis Redding and the great guitarist from the Booker T. and the M.G.’s band, Mr. Steve Cropper. The song was a pretty big hit reaching number forty one on the Billboard Hot 100 and number ten on the R&B charts.

The intro to this one should sound familiar to all you Jake and Elwood fans. John Belushi and Dan Aykroyd’s Blues Brothers characters paid tribute to Otis Redding with their version of this great Otis Redding piece.

Otis Redding’s “A Change is Gonna Come,” stands as one of Otis Redding’s greatest vocal performances. The song was released on the album Otis Blue. The record was released in 1965. It’s one of the most legendary soul albums of all time.