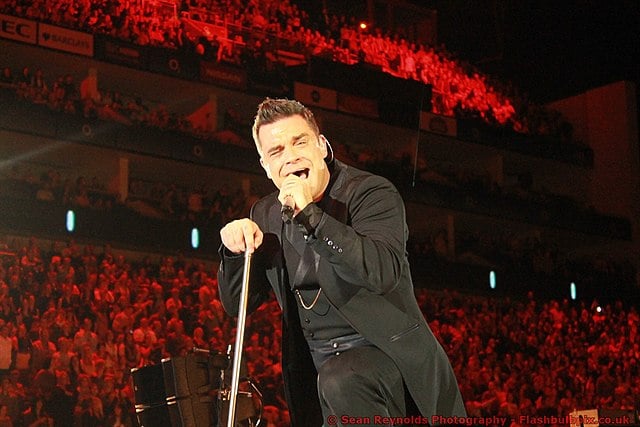 Our  Top 10 Robbie Williams songs list article looks at one of the most successful British pop stars of all time. Starting his career in the music business with the boy band Take That, he has since gone on to have much greater success with his solo career after leaving the band in 1996. He has had seven number one singles and all but one of his twelve albums have got to number one in the British album charts, making him one of the biggest selling artists in British musical history.

He has received many accolades throughout his career, winning a total of eighteen Brit Awards. In 2004 he was inducted into the British Music Hall of Fame. In 2015, fifteen years after he had left them, he re-joined Take That in 2010 and performed lead vocals on their album Progress which at the time of its release was the fastest selling album in British history. However, this was only a temporary reunion and he left them again a year later.

This list will look at the ten best songs from Robbie Williams solo career and not include anything he did with Take That.

Kicking off our top ten Robbie Williams songs list is this track that is taken off his second album I’ve Been Expecting You released in 1998. It was the first single to be released from the album and was William’s first to enter the UK chart. Outside of the UK, it received extensive radio airplay in the UK and Canada. The tune of the song borrows from John Barry’s “You Only Live Twice” from the soundtrack of the James Bond film of the same name. The apparent reason for this is because it is one of Williams’ favourite Bond movies.

With this next track we all the way back to Robbie Williams’ first album Life Thru A Lens which was released in 1997. The song is very reminiscent of Oasis, who were a big influence on it. It got to number two in the UK and number one in Spain. The song received praise from critics who applauded Williams for going in a more alternative music direction with this song. Despite this, much of his later work would be more pop-oriented.

Up next is another song from Life Thru A Lens. It was written with Guy Chambers and is William’s best selling song. It has been covered by numerous artists including Jessica Simpson and Beverly Knight. The song received much praise upon its release with many critics praising the fact that Williams was boldly showing his more emotional side.

Up next is the fifth and final single from Life Thru a Lens. It was also written with Guy Chambers and got to number three in the UK. Musically, the song is rather sixties-esque being particularly reminiscent of the Rolling Stones. In the video to the song, Williams notably was wearing makeup that made look quite a lot like Gene Simmons from Kiss. Williams actually was concerned that Kiss guitarist Gene Simmons would take legal action after he had filed a lawsuit against heavy metal singer King Diamond in the 1980’s for supposedly plagiarising his look.

Here we have the third single from I’ve Been Expecting You. It entered the top five in the United Kingdom and the B side was the live version of “Let Me Entertain You.” In 2017 Williams played at the One Love concert in Manchester in memory of the victims of the terror attack at an Ariana Grande concert. He opened and closed his set by getting the crowd to sing a terrace chant of the song’s chorus by changing the lyrics to “Manchester, were strong.”

It was the fourth single from I’ve Been Expecting You and was William’s second Uk number one.

Up next we have a song from Robbie’s third album Sing When Your Winning released in 2000. It was the album’s lead single and contains samples from two songs: Barry White’s “Its Ecstasy When You Lay Next To Me” and “Can I Kick It?” by A Tribe Called Quest. It was number one in numerous countries including the United Kingdom as well as reaching the top ten in many more. It was the biggest selling single of 2000 and is known for its rather disturbing video which saw Williams ripping off his own skin.

At number three we have another cover song that was originally by C. Carson and was made more famous by Frank Sinatra and his daughter Nancy Sinatra. Williams recorded this version in 2001 with Hollywood actress Nicole Kidman. It was on Robbie’s 2001 covers album Swing When Your Winning and topped the charts at the end of the year, making it the Christmas number one of that year. It was his fifth number one overall.

Just off the top spot is song taken from Sing When Your Winning. It was the record’s third single and reached number four in the UK. The song’s verses are based around that of Gloria Gaynor’s “I Will Survive.” The video featured William’s digitally portraying the 1970’s motor racing champion Jackie Stewart with his face enhanced over Stewart’s body.

At the top spot is a duet between Robbie and the Queen of Pop herself Kylie Minogue. It was a joint single that was featured on both Sing When Your Winning and Kylie Minogue’s seventh album Light Years. Williams and Guy Chambers wrote the song for Kylie Minogue. It contains a sampling of “Give Me Your Love” by Sister Love. The song came about when Kylie Minogue asked Williams to write a song for her album. Once he started writing it, Williams felt chemistry between them and decided to turn it into a duet. This proved to be a very wise move as the song was a smash hit upon its release, reaching number two in the United Kingdom. A video was made for the song which featured Williams and Kylie Minogue together in what was clearly a homage to “Grease.” It is also featured in the video game Grand Theft Auto V. 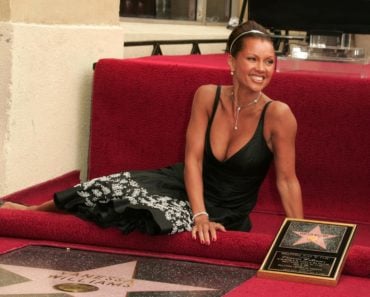 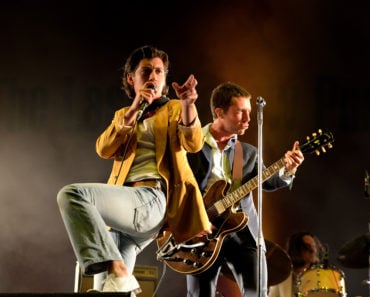 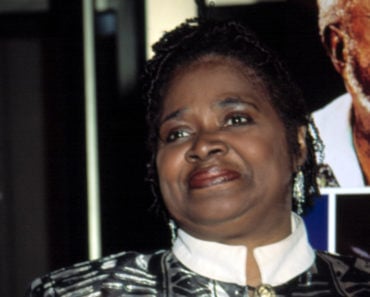 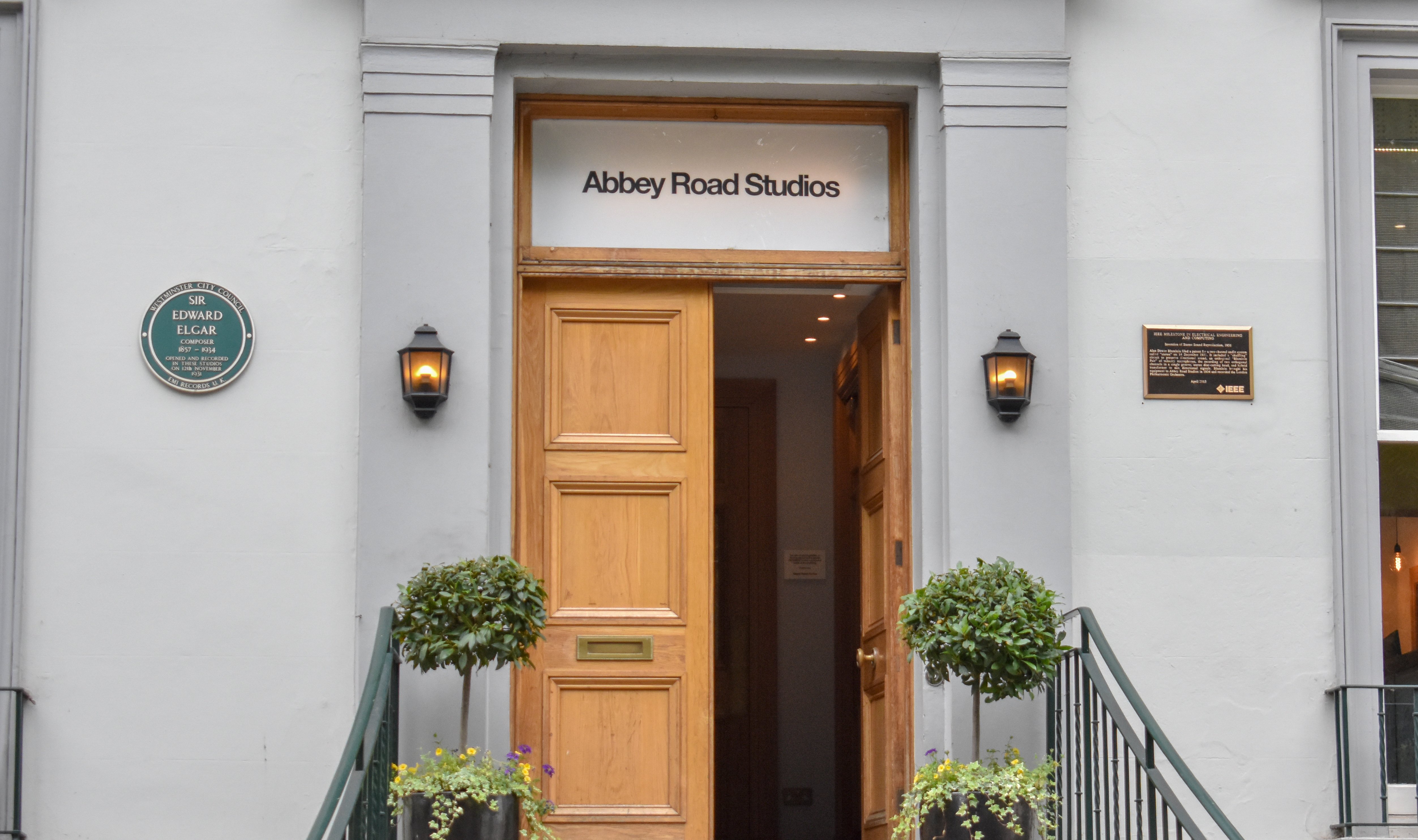 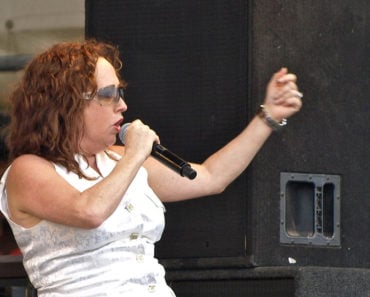 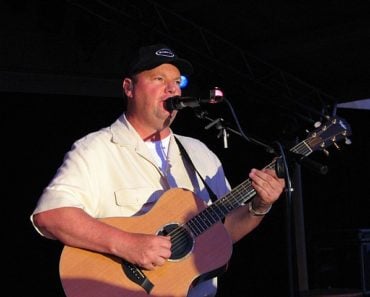