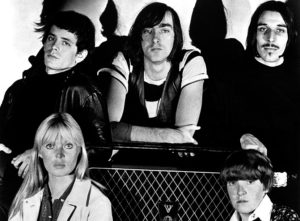 The Velvet Underground were like no other band that had come before and no other band that’s come since. Their association with Andy Warhol and the hedonistic arts scene of New York City in the late ’60s and ’70s has given rise to myth, rumors, and 101 biographies, but their image is nothing compared to their actual music. Brian Eno once said that everyone who bought a copy of their 1967 debut The Velvet Underground & Nico started a band. Considering how few copies of the album actually sold, that might well be true. It’s also true that few of their peers can hold a candle to their influence. They were never a commercial success, but even now, almost 50 years after their final album, they’re still considered one of the most groundbreaking acts of all time. Here’s why.

Even a bad Velvet Underground album is still great, but Squeeze, the band’s final studio release, barely even counts as a Velvet Underground album. By that point, John Cale, Lou Reed, Sterling Morrison, and Moe Tucker had all departed, leaving the sole remaining member, Doug Yule, to record the album alone. It would be nice to say he pulled it off. The truth is, he didn’t. Had it been released as a solo offering, it would make perfectly pleasant listening. But to release it under the VU name was risky.

Comparisons to the band’s impeccable discography were inevitably going to be made. Equally inevitably, Squeeze was going to come up short. The song structure and lyrics take their cues from Loaded, but there’s nothing here that comes close to matching the originality of that far superior album. It’s one redeeming moment is “Friends,” a sparking, multi-layered pop ballad that represents one of Yule’s very finest VU contributions. Other than that, it’s a flat-out disappointment.

Four albums into their career, the band had reached a new maturity. Or maybe they were just sick of being commercial failures. Either way, Loaded is by far their most coherent and accessible album. Tracks like “Oh Sweet Nothing” and “Rock and Roll” bristle with a newfound jauntiness, taking the band closer to a traditional rock’n’roll band than they’d ever got before. There’s still plenty of VU weirdness (check out that yodel on “Lonesome Cowboy Bill” for a start), but there’s also the Californian sound of “Who Loves the Sun,” the bluesy glam of “Cool it Down,” and the sweet appeal of “Sweet Jane.” Overall, it was the loosest and most straightforward we’d even seen them, and regardless of whether you think it’s a great rock album, a great pop album, or maybe even a great proto-punk album, the one thing everyone agrees on is that it’s a great album. Actually, make that everyone expect Lou Reed.

Lou Reed hated the arrangements, hated being listed third in the credits, hated the big picture of Doug Yule tinkling away on the piano in the sleeve, hated the label’s demands for hits, and hated the fact that all the songwriting credits were giving to the band, rather than him. So much did he hate the entire thing, he quit the band before the album had even hit the shelves. Sterling Morrison and Moe Tucker followed him shortly after, leaving Yule as the sole bearer of the VU torch. Still, it was an outstanding final hurrah.

Lou Reed wanted to break new ground, but he didn’t just want to make music that critics could admire. He wanted to make music that listeners could actually enjoy. John Cale couldn’t have given a monkey’s either way. Following Cale’s departure after White Light/ White Heat, Reed was free to stop experimenting and start indulging his more conventional side. The result is The Velvet Underground, by far the most gentle, melodic record in the VU discography. You can’t help but miss Cale’s experimental tendencies, but even so, there’s a lot to love here. Songs like “I’m Set Free,” “Beginning to See the Light”, and the tear-jerking ballad “Pale Blue Eyes” find Reed embracing a new, more personal lyrical style.

The decision to push the vocals to the forefront and dial back the instrumentation only adds to the intimate feel. Cale’s replacement, Doug Yule, proves his worth with an outstanding vocal performance on “Candy Says,” a tender ditty about Warhol superstar Candy Darling. On the exceptional closing track “After Hours,” we get to enjoy a rare but very welcome Moe Tucker lead vocal. It doesn’t forgo experimentation entirely (“The Murder Mystery” is as off-the-wall as any Cale creation) but the jarring harshness and sonic mind bends of the band’s previous output are noticeable by the absence. If Reed was trying to prove that VU could do more than just push boundaries, he succeeded.

After the release of The Velvet Underground & Nico, Andy Warhol, who at the point was still serving as the band’s manager, sat Reed down and said ‘You gotta decide what you want to do. Do you want to keep just playing museums from now on and the art festivals? Or do you want to start moving into other areas? Lou, don’t you think you should think about it?’ So Lou thought about it, and fired him. Because obviously, Reed did want to play other areas, and obviously, Warhol wasn’t the man to get them there. Neither was his replacement, Steve Sesnick, whose insistence on pushing Reed to the forefront at the expense of band harmony did little to soothe the tensions that had already begun to drive a wedge between Cale and Reed.

By the end of White Light/White Heat, Cale would be gone and the Velvet Underground would never quite be the same again. But what a way for the Welsh wizard to say goodbye. White Light/White Heat is a short, harsh explosion. There’s nothing that comes even close to a hit, but who wants hits when you can have the darkly comic “The Gift” instead? Why have chart success when you can have the meditative “Here She Comes Now?” And why have anything else at all when you can have “Sister Ray,” quite possibly the greatest rock song ever committed to tape? It’s about as approachable as a rabid dog, but there’s beauty in its ugliness and transcendence in its chaos. If you’re new to Velvet Underground, this shouldn’t be your starting point. If you’re not, play it loud, play it proud, and repeat.

Truthfully, the number one spot could just as easily have gone to The Velvet Underground or White Light/White Heat as to The Velvet Underground & Nico. The only album it definitely couldn’t have gone to was Squeeze. But anyway. A decision had to be made, and The Velvet Underground & Nico is where we’ve landed. To call it influential is to miss the point. To call it groundbreaking is to vastly underestimate its legacy. To call it great would be the understatement of the century. I could go on, but you probably get the picture. If you don’t, listen to the album. Then listen to it again. And again. In fact, keep listening to it until everyone else starts listening to it too. The world will be a better place when they do.