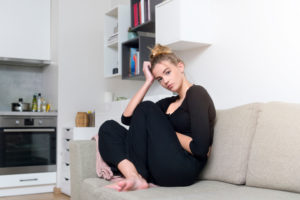 Out 10 Touching Songs About Missing Someone list presents songs that have been written and recorded about missing someone for many reasons. While a topic about missing someone can be very broad, we tried to pick a mix of well known songs as well as some lesser known pieces. People always turn to music to somehow ease their pain of losing someone whether it’s from a break up, a fight or sadly the passing away of a friend or family member. At times, these songs can have a healing effect and of course also can cause more pain. It depends where someone is in the scope of the loss.

Many of rock and pop music’s greatest songs have been about breakups and the inevitable missing of that person. We were careful not to title this article the best songs about missing someone because for many people these songs are painful to listen too. At the same time there are many people who connect with their past through these songs as some of them have deep meaning to their lives.

The songs about missing someone that seem to have the most emotional impact on the listeners are the songs that were written by artists who were composing the songs from the heart and out of their own emotional experiences. Break ups have been the fuel to spawn so many of the most genuine songs about missing someone. As Billy Joel once sang “If you said goodbye to me tonight, There would still be music left to write.”

We open up our 10 Songs About Missing Someone list with the Bruce Springsteen song  entitled “You’re Missing.” This is a real sad one because it speaks to the tragedy of 9/11. The song was released on the album The Rising. The album was a response to the events of 9/11 and was Springsteen’s way of trying to offer some solace to those who lost loved ones on that horrible day. This is a tough one to listen to. Yet, it’s an important piece that tries to paint a picture of the pain that so many people had to endure in the wake of so many lost lives on that day in September in 2001.

Continuing with our 10 Songs About Missing Someone list we try to lighten the mood a bit with this Rolling Stones classic entitled “Miss You.” The song was released on the album Some Girls. The album was released in 1978. Most people had no idea what this song was about but they just loved the groove. “Miss You,” was one of the best Rolling Stones songs that band had released in five years. It was the first single released from the album. The song was a massive hit on the US Billboard Hot 100 peaking at number one. In the United Kingdom the song hit number three.

In the number eight spot on our 10 Songs About Missing Someone list we present the song entitled “The Tracks Of My Tears.” Some break up songs have just such a soulful groove, they don’t really sound like songs about missing someone. However this one by Smokey Robinson & The Miracles stands as one of the best. All he is trying to says is he is not really the life of the party, if you just take a closer look you know what your going to see……pain!

In the number seven position on our 10 Songs About Missing Someone list is the electrifying song entitled “Ten Years Gone.” This classic Led Zeppelin song was released on what many believe to be Led Zeppelin’s best album entitled Physical Graffiti. The album was released in 1975.  In the song Robert Plant yearns for that special girl singing “Changes fill my time, baby, that’s alright with me “In the midst I think of you, and how it used to be,”  It’s a  song that sounds like its about first love. We all miss our first love.

We couldn’t pass up this Hall & Oates classic soul hit on our 10 Songs About Missing Someone list. These guys knew how to lay down a soul groove with the best of them. The song’s powerful chorus delivered a melody and lyric that you never forget after hearing it for the first time. The song “She’s Gone,” was released on the album entitled Abandoned Luncheonette. The album was released in 1973. It was the first single released from the album. The song was a hit on the US Billboard Hot 100 peaking at number seven.

It’s amazing how so many of the best songs or we should say the most powerful songs about missing somebody, about losing that special love, have such a great groove and almost somewhat happy melody to them. Dionne Warwick’s cover of Burt Bacharach’s grand song “Walk On By” is one of those. I guess it’s in the fact that she’s just trying to hide her tears when she seen walking across the street by her  ex-lover  who she just simply begs to just please walk on by…….

Now talk about a song written about missing someone, here you go. John Waite sings over and over throughout this song that he ain’t missing his woman, shouting “I ain’t missing you, I ain’t missing you at all.” Yes of course we all know he’s lying and that’s what makes this song so special. John Waite’s “Missing You,” was a huge hit in the summer of 1984. You couldn’t put on MTV or the radio without hearing this one every 15 minutes. It was just one of those perfect songs with a groove and a melody in the lyric that just all fell into place. Pretty much a once in a lifetime song for John Waite, and we are talking about an artist that had many great songs.

We close out our 10 Songs About Missing Someone list with the spectacular song entitled “Without You.” The first time I heard the song I was bawling my eyes out and I wasn’t even missing anybody. If there ever was a super larger than life powerful chorus in a song song about missing someone, this is it. Mariah Carey had a hit with the song many years later and she sounded great, but we will always be more dedicated to the legendary Harry Nilsson version. The song was originally recorded by Pete Ham and Tom Evans of Badfinger who composed the song. Nonetheless Harry Nilsson’s version is the ultimate recording. If you want only one song about missing someone….here it is!

10 Touching Songs About Missing Someone article published on Classic RockHistory.com© 2021