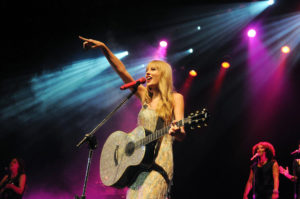 Adele and Taylor Swift are both having one of the biggest moments in their careers this November 2021. For two of the most popular musical stars and celebrities of all time who have already broken records and have had huge commercial success in their careers, the two of them have taken it to another level just this week. The beautiful, stunning and out of this world talented Adele is now celebrating the biggest selling album of 2021 just three days after its release. Think about that. The year is almost over and in just three days Adele has sold more albums than anyone else’s single album has in the past eleven months. In only three days starting on Friday November 19th when Adele’s 30 album was released, up until Sunday November 21st, the 30 album has already sold half a million copies.

Currently the number one album standing on top of the Billboard Top 200 albums list is Summer Walker’s Still Over It. However when the next weekly ratings list comes out on December 4,2021, we have a feeling that Adele is going to knock Summer Waller back to summer and take the number one spot. The phenomenal fast sales of the album can be attributed to multiple factors. First and foremost are Adele’s loyal fans who have been waiting for years for a new album from their most loved artist. Social media is also now more influential than ever around the world and with such a loyal fans base, the positives reactions on social media can have an effect on record sales. Of course there is also all the haters, but in Adele’s court, her loyal loving fans overtake the haters in most forums. 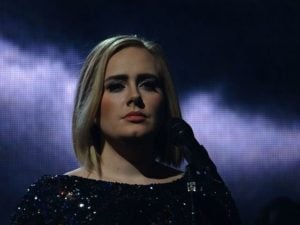 Another leading reason behind the monster salses is the simple fact the songs most people heard first are simply stunning, They are also quite personal and honest which is something that has been missing from society in the past couple of years and people are taking to it. Additionally, the promotional machine by Adele’s record company has gone full force in promoting the album and Adele herself. Rounding it all out of course was the Sunday Night special that appeared on broadcast television on the CBS Network on Sunday night November 14,2021. Just five days before the release of her album 30, the Sunday Night special was a huge ratings success for CBS. Adele’s performance that night on the stage was breathtaking. Yet, if that wasn’t enough to entice interest in the return of Adele, being interviewed by one of the most famous personalities in the past 40 years in Oprah Winfrey was a promoters dream scenario.

Up until yesterday Monday November 21st 2021, Don Mclean’s legendary single “American Pie,” has stood as the song with the longest running time to hit number one on the Billboard Hot 100. Some songs have gotten close in length like Richard Harris’s “MacArthur Park,” which came in at over seven minutes and hit number one or Queen’s “Bohemian Rhapsody,” which came close to the six minute mark. Yet Don Mclean’s “American Pie,” has forever been the longest running in time number one song for almost fifty years as it clocked in at about eight and a half minutes. That record has now been broken by Taylor Swift’s single “All Too Well”  which clocks in at over ten minutes and has just hit number one on the Billboard Hot 100. Its stunning that a song that is over ten minutes long would go all the way to number one but Taylor Swift has just proven that it’s not impossible.

Taylor Swift has one of the largest fan bases in pop music history and its mostly female. Hitting number one with a song that is over ten minutes long looks like it may be a record that will never be broken. Unless someone like Adele decides to release an eleven munte song…..that would be interesting.