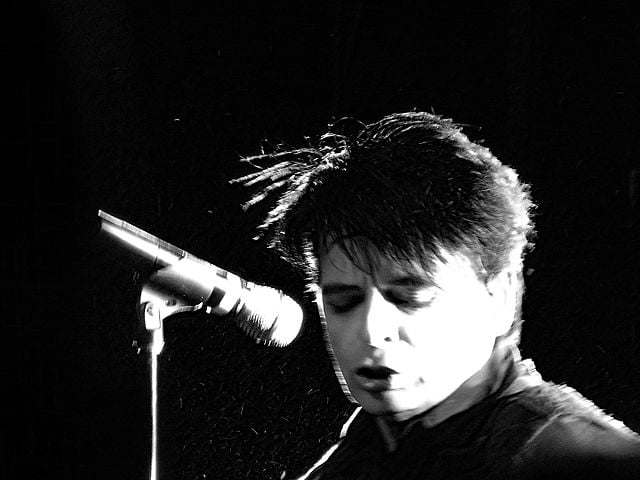 Our top 10 Gary Numan songs introduce us to an English musician, Composer as well as a record producer. Gary entered the music industry as the frontman of the Tubeway Army band. However, Gary’s success in the music industry followed the release of his debut solo album. This came after the release of two albums with the Tubeway Army band. Following some of his songs trending and topping in the U.K. Charts, Gary amassed quite a massive fanbase which led to the sale of over ten million records. While he would disagree, Gary remains to be known by many of the old music fans as the pioneer of electronic music. All thanks to his signature sound that came with heavy synth hooks fed through the effects pedals of a guitar. Even after his prime years in the music industry as a top artist, Gary received the Ivor Novello Inspiration Award, proving his prowess in writing reputable songs.

Our Gary Numan Songs Ranked article takes his 10 best songs and ranks them in order of a combination of popularity artistic merit and of course personal taste.

Coming in number ten on our Gary Numan songs list is Gary Numan’s M.E. from his 1979 album The Pleasure Principle. Probably, one of his best songs, Gary Numan, exhibits vividly to the world how much of an avid electronic rocker he is. However, you can agree that his vocals are something in this jam, having them synced to some deep meaning. Notably, the jam is all about trusting oneself when everyone else puts no trust in you. Probably, a great song for people who feel like they are living like loners. Of course, we all feel this way at times hence making this jam a favorite for many.

Released on the 1981 Dance album, this song was Gary’s first and only single in that year. Notably, the song brings in something quite peculiar from Gary’s electric rock vibe. Thanks to the jazz-inspiring saxophone and bass that the song brings a new face of what Gary can do. Reaching a peak position of number six, the song remains one of the best of Gary’s releases. Thanks to its success, that She’s Got Claws got covered by Posh on Numan tribute album in 1997 with a remix following up in 1998.

Written and recorded by Gary himself, this hit from his 1982 I, Assasin LP made significant steps on the U.K. charts having its peak at the ninth position. In this song, Gary is inspired by his personal life to bring out one of the best songs he ever wrote. Gary express himself about an ex he had called Debbie. Based on the lyrics, Debbie was at a club with her sister having Gary find it difficult to fancy one of the two. Well, tons of men in the youth have found themselves in such a situation-women too. The feeling is quite a thrill for young souls filled with sexual energy, and it takes such a song to reminisce such moments.

Inspired by Philip Dick and William Burroughs, Gary would get in the studio and make the release Metal, a science fiction-related song. Coming from The Pleasure Principle album, the song is probably a premonition of what machine learners wish to see robots with a touch of human intelligence and ability. Notably, the song features an Android that wishes that it could be human.

Closing the first half of the top ten Gary Numan song is a song that moved from something experimental to a remarkable hit! Shining in his art years after the song’s release was this jam from his 1989 album Automatic. Change Your Mind, a 1985 banger, was written by Shakatak members Roger and Bill, alongside Gary. Not only was the song a hit in the U.K., but also in New Zealand and Sweden. Its success might have had something with the song’s new songwriters, but also the synth’s lonely echo has a golden touch to the unique tune of the song. With the synth’s echo comes the themes of alienation which suits this jam perfectly.

Gary’s album The Pleasure Principle proves to be probably his best album, with more songs from the album appearing more often. Bringing us to number five is the song Complex, the second single in his 1979 album. The song combines the lyrical prowess of music legend Gary and fantastic work on the instrumentals. Notably, acoustic drums team up with the acoustic piano and the electric bass guitar to bring out a perfect beat which is complemented by great lyrics. Gary sought to allude to a psychological complex thanks to his expression of paranoia directed to his fans and especially critics. Complex hit the ground running as probably the number one electronic ballad.

Following his success since going solo, Gary probably had some great rush in mind that yielded to some lyrical workaround. This is exhibited through his back-to-back production of not only albums but top songs. We Are Glass is a masterpiece from his 1980 album, Telekon, marking his first release after his 1979 popular album, The Pleasure Principle. While the jam alongside the album was a great success, you will notice that we miss the guitars in this song. The recording features the electronic keyboard, viola, piano, and the Moog synth to bring on a great jam inspired by a comment from a magazine staffer. Gary could get motivation literally from anything!

Ushering us to the top three is a song written and produced by Gary Numan while still with the Tubeway Army. In what some might feel was an unlucky turn, the song was the last for the band before it took a nosedive launching Gary’s solo music career. However, Gary’s input in the band is everything having him being the band’s lead vocalist. And as the title suggests, Gary seems to be borrowing from his imaginative thinking following a life lived in misunderstanding and loneliness as a youth.

The 1980 album Telekon made strides in charts following the glory of the previous Gary’s album. I Die: You Die is a strong chorus-oriented song. However, the instrumentals Play a key role in making this song quite a banger. Notably, it is the guitars and keyboard’s task in making the song’s tune quite catchy. Gary saw his lyrical prowess Manifested in this song, having him cite Raising, which vitriolic music press.

Finally, at number one is Gary’s most popular song, Cars, from his 1979 album, The Pleasure Principle. The jam is great to listen having it immortalized Gary making him the electric rick artist of the century. Once again, the song features technology as the theme. Surprisingly, Gary wrote the song in less than ten minutes, but its impact is long-lasting! It is such a song that makes him such a  legend in electronic rock despite him not considering himself as one.