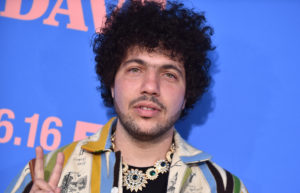 Our top 10 Benny Blanco songs list digs deep into the music of an award-winning American songwriter. Born in 1988, Benny Blanco became an avid music lover when he was six years old. At this age, he interacted with top songs from Nas and All-4-One, which would later impact his productions. Benny Blanco was an early bloomer in the music industry, making beats and recording his raps at a tender age. Eventually, his experimentation with music earned him some attention from Columbia Records.

His childhood experiences at Camp Airy molded him into the young man he grew to become. Benny Blanco has been named among the most popular and successful alumni of the sleep away summer camp alongside Marc Roberge and Chris Culos of the rock band O.A.R. After a series of meetings with tons of producers and record labels, Benny Blanco bagged an apprenticeship deal with legendary composer and record producer Disco D.

Benny Blanco spent years sharpening his skills while playing the role of a co-producer and co-writer for several songs. All these happened when he was under the tutelage of producer Dr. Luke. Among songs he co-wrote and co-produced alongside Dr. Luke include “Dynamite” by Taio Cruz, “Teenage Dream” by Katy Perry, and “TiK ToK” by Kesha. Later in 2008, Benny Blanco aided his mentor, Dr. Luke, in writing and producing “Circus” by Britney Spears. With the song rising to number three on the Billboard Hot 100 Chart, Benny Blanco dived in the experience of successful releases.

By 2011, Benny Blanco had enough skills and experience to pursue a solo songwriting and producing career. Remarkably, he started his solo career on a high having him write and produce reputable songs for Gym Class Heroes, 3OH!3, and Maroon 5. Benny Blanco is the brains behind the success of the platinum-selling album Overexposed (2012) by Maroon 5. One of the best songs from the album is “Payphone,” which featured Wiz Khalifa. His amazing skills were soon recognized at the 2013 Songwriters Hall of Fame ceremony, where he received the Hal David Starlight Award.

Benny Blanco has since then received tons of other awards, including the iHeartRadio Producer of the Year and BMI Songwriter of the Year. His name has been on the lips of many thanks to his magnificent skills that have led him to stockpile many songs on the Billboard Hot 100 Chart. Artists who have hailed him as a great producer and songwriter include Camila Cabello, Halsey, Britney Spears, Justin Bieber, Ed Sheeran, Miguel, Selena Gomez, and The Weeknd, to name a few.

After several years of bathing in success as a reputable producer and songwriter, Benny Blanco started releasing songs as a standalone solo artist. His first song was “Eastside,” which featured Halsey and Khalid. Since then, Benny Blanco has released several other successful songs while teaming up with reputable names in the music scene.

Ushering us to the top 10 Benny Blanco songs is the tuneful hit “Unlearn.” Benny Blanco teams up with the 1999-born Gracie Abrams for this song featured on his album Friends Keep Secrets 2. The song’s greatness is built around Gracie Abrams’ angelic vocals and poetic lyrics. “Unlearn” alludes to being forced to unlearn behaviors you were used to in a former relationship.

“Break My Heart” is featured as the last song to Benny Blanco’s debut album Friends Keep Secrets (2018). The song features American singer-songwriter, Ryan Beatty. “Break My Heart” finds Ryan Beatty singing about the troubles of a belligerent relationship where commitment is not mutual. His vocals show how much Ryan Beatty has over the years become an underrated artist despite being among the most promising teens back in the early 2010s.

Friends Keep Secrets (2018) saw Benny Blanco team up with a number of reputable and upcoming artists. In the song “More/Diamond Ring,” he features Ty Dolla Sign and 6LACK, who were more than happy to provide vocals to Benny Blanco’s debut solo project. While the two didn’t have stakes in the choice of the song’s thematic layout, they made quite an impact with their vocals in “More/Diamond Ring.”

#7 – You ft. Marshmello and Vance Joy

“You” is a refreshing ballad from Benny Blanco’s album Friends Keep Secrets 2. This invigorating pop-rock ballad features Marshmello and Aussie singer Vance Joy. The song’s soft melodies add to the appealing vibe of the song. While Marshmello offers outstanding production to the song, singer Vance Joy discharges some buoyant yet sleek vocals. Benny Blanco spices up the song with its pop vibe, making it a tuneful hit. “You” is delivered on a charming animation accompanying video. The song peaked at number twelve on the Billboard Hot Rock & Alternative Songs Chart.

Number six on our top 10 Benny Blanco songs is the pleasant-sounding hit “Roses.” Benny Blanco sought to team up with Juice WRLD and Brendon Urie of Panic! At The Disco. The two singers take on this poetic song, each delivering an awe-inspiring verse while teaming up in the chorus. “Roses” has its hook borrow inspiration from the popular rhyme “Roses are red. Violets are blue,” which reverberates the beauty of love. Other songs that paid homage to the popular rhyme include “Roses Are Red (My Love)” by Bobby Vinton, “For Sale? (Interlude)” by Kendrick Lamar, “Die Alone” by Eminem, and “Shake You Down” by Gregory Abbott.

“Better to Lie” is a follow-up song by Benny Blanco featuring Jesse Rutherford and Swae Lee. The song followed after Benny Blanco found success after the release of his songs “Eastside” and “I Found You.” “Better to Lie” finds the singers telling how it remains worthwhile to lie sometimes. While the song failed to chart in the United States, “Better to Lie” was warmly received in Ireland, Sweden, and New Zealand.

“I Can’t Get Enough” is a seductive hit that finds Benny Blanco teaming up with Selena Gomez and J Balvin on the vocals. The song features bilingual verses by the two singers, which allude to a romantic relationship where two can barely get enough of each other. Benny Blanco has the song feature a melody crafted out of Selena’s humming, which makes “I Can’t Get Enough” unique and quite harmonious. The song peaked at number sixty-six on the Billboard Hot 100 Chart.

Coming in at number one in our top 10 Benny Blanco songs is the debut hit “Eastside.” The song is the first release by Benny Blanco on his solo music project. “Eastside” features Halsey and Khalid on the vocals. The song alludes to a love journey where two reminisce memories of their relationship. The song peaked at number nine on the Billboard Hot 100 while reaching number one on the UK Singles Chart.