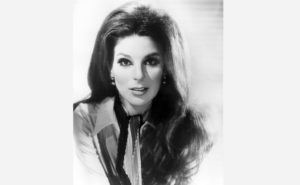 Our Top 10 Bobbie Gentry songs list looks back at the music of one of classic rock’s most treasured voices. Most fans will remember Bobbie Gentry for her massive hit “Ode to Billie Joe.” The song that would become a rock classic while cementing Bobbie Gentry’s name in rock history forever. However, Bobby Gentry’s musical contributions went way beyond just her mega hit. She had one of the most beautiful and genuine voices we have ever heard. She crossed the genres of rock pop and country effortlessly because the songs she released were timeless as they were so well written, any musical fan could appreciate and enjoy them.

Throughout the course of her career, she would release seven studio albums between the years 1967 and 1971. She continued to release singles throughout the 70s and made some performances. However at 40s years old she retired from the music business in the 1980s and has pretty much disappeared from public life. Our list will celebrate that magical period in the late 1960s and early 1970s when Bobbie Gentry released some fantastic music.

We open up our top 10 Bobbie Gentry songs list with the down home sweet old tune entitled Louisiana Man. Listen to Bobbie Gentry’s vocals up and close on that microphone. She sounds like she’s sitting right next to you on the couch. This is one of those great story songs that truly defined this period of music. No one sang a story like Bobbie Gentry. She was one of the greats like a Harry Chapin, or a Jim Croce in the way she delivered the story line. She probably very much inspired those two as she came just before them. “Louisiana Man” was released on Bobbie Gentry’s album The Delta Sweete. The album was released in 1968.

One of many duets performed by the combination of Glen Campbell and Bobbie Gentry featured “Mornin’ Glory,” which was released in 1968. Listen to the sound of those guitars set up this beautiful mid tempo tune. It opens up with Glen Campbell’s golden vocals and then gives way to Bobbie’s silk voice as they both say good morning to each other and life itself.

In 1970 Bobbie Gentry released the fabulous single “Apartment 21.” The song was released as a single only and did not appear on any studio album release. It would later find it’s way onto various Bobbie Gentry compilations. This is a happy tunes with its assortment of la’s, beautiful string lines and just a good old early 70s spirit and vibe. Love this one.

Continuing with our Top 10 Bobbie Gentry songs list we present the fabulous songs entitled “Fancy.” This one is all killer. It’s a song of women’s liberation by a powerful woman in the music business in the 1960s and 70s. You don’t mess with Bobbie as she proves it in this song. The song was released as the title track to her sensational Fancy album released  in 1969. Fancy was a top 40 hit on the Billboard Hot 100.

Released in 1969 with the album Touch ‘Em With Love, is one of Bobbie Gentry’s more commercially successful songs, at least among the European nations as they charted “I’ll Never Fall in Love Again” as high as number one in Ireland and the UK. In Australia, New Zealand, and Norway, it peaked at fifth place. While it may not have charted within Canada nor the USA, over time country fans did warm up to Gentry’s version of what was originally written for the 1968 musical Promises, Promises. Gentry’s version came out July 1969, just before Dionne Warwick’s December 1969 version.

Glen Campbell and Bobbie Gentry make the duet song “Let It Be Me” as among hers and his best. It reached number one with RPM Canada’s Country Chart while it peaked at 14th spot with USA’s Hot Country Songs. The song was released as a single in 1968, along with its vinyl album Bobbie Gentry and Glenn Campbell. Since its release, “Let It Be Me” has achieved Gold Certification through the Recording Industry Association of America (RIAA).

This duet featured Bobbie Gentry and Glen Campbell as they paired up to cover “All I Have to Do Is Dream,” which was originally recorded and released by The Everly Brothers in 1958. What served as one of many duets the two music artists performed together, this one has proven to be most successful globally. With Canada and Ireland, their version of the song peaked in second place while among the nations of Australia, South Africa, and the UK, it ranked third.

The first official single as a solo was released by Bobbie Gentry from her debut album of the same name. Not only was it the ultimate breakout song for the songstress, but has remained an all-time classic for country music fans of all ages. On the music charts, “Ode to Billie Joe” quickly rose to the very top spot within five weeks with the US Billboard’s Pop Singles Chart. It also reached number one in Canada. Not only did Bobbie Gentry become something of an overnight sensation with North American music fans, but all over the world thanks to this song, plus the album it belonged to. In the UK, where it’s seldom for music from the country genre to rank with their UK Singles Chart, Ode to Billie Joe achieved 13th place at its peak. Both song and album have since received Gold Certification by the RIAA.