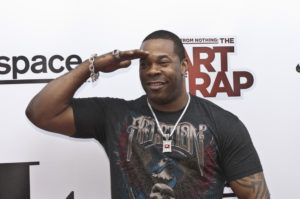 Since 1989, Busta Rhymes has been entertaining the audience as one of the most appreciated and influential hip-hop artists of all time. Most hip-hop artists performing today, regardless of generation, credit much of the inspiration that spurs them to do what comes from who they call an icon in American rap music. Before becoming a chart-topping rap star, Trevor Smith, Jr. was born in Brooklyn, New York to Jamaican parents and was raised there until moving to Long Island where he’d grow up as a teenager.

As Trevor Smith, Jr., he and a musical group he performed with served as an opening act for legendary hip-hop group, Public Enemy. The impression he left on the band’s leader, Chuck D, earned him the nickname of Busta Rhymes, a moniker derived from football star, George “Buster” Rhymes. From that point on, the name stuck, becoming the official stage name for the rising star that was about to take America, as well as the rest of the world, by storm. Before going solo in 1995, he was part of Leaders of New School, a musical group that not only opened for Public Enemy but toured on their own as their popularity rose. Although together as a band, the biggest draw was Busta Rhymes as his Jamaican heritage was so prominent that it was only a matter of time before he would go solo.

In 1995, Busta Rhymes debuted as a solo artist and has recorded and released one successful hit after another. So far, he has produced ten studio albums, three compilation albums, and seven mixtapes. He also has one hundred singles to his credit.

The 1997 album, When Disaster Strikes, features the single, “Dangerous,” which charted as high as number one on the US Billboard Hot Rap Songs and at number nine on the US Billboard Hot 100. It also charted at number five on the UK Hip Hop and R&B Singles chart. In the chorus of the song, there is a reading of the 1983 Long Island Regional Poison Control Council warning children about the dangers of loose medical prescriptions. Dangerous also features the rhythmic sample of E.T. Boogie, a song that was recorded by the Extra T’s in 1982.

In 1997, Puff Daddy released the single, “Victory,” along with the collaborated performances of Busta Rhymes and The Notorious B.I.G. The song was written by Notorious B.I.G. where his rap vocals are featured in two verses, which were recorded a day before the fatal shooting that would take his life. Victory’s chorus is performed by Rhymes. Samples from Bill Conti’s Going the Distance were used to darken the theme of the rap song away from the standard dance theme the genre is typically known for.

The Big Bang was Busta Rhymes’ seventh studio album, which was released in 2006. On the US Billboard Hot 100, “Touch It” charted at number sixteen. It was the first of four singles that came from the album, as well as the most successful. It also charted globally as it peaked as high as number one in New Zealand and as high as number six in the UK Singles Chart. Touch It blended sample music from Swizz Beatz and Daft Punk to pair up minimalistic beats that seem infused by electronic punk, making it one of the most unique hip-hop songs Busta Rhymes ever produced. Since its release, Touch It also became certified gold by the RIAA and the Recorded Music of New Zealand (RMNZ). There are many remixed versions to this song that range from clean, radio-friendlier versions to explicit.

From the 1997 album, When Disaster Strikes…, the remix of “Turn It Up/Fire It Up” scorched the music charts at a global level as it peaked as high as number one on the US Billboard Hot Rap Songs, the UK Hip Hop and R&B Singles Chart, and in New Zealand. On the US Billboard Hot 100, the two-as-one song combo peaked at number ten. Originally, Turn It Up was on its own before Busta Rhymes did a remix that featured sample music from the 1980s television series, Knight Rider. In New Zealand, the single was certified platinum. USA’s RIAA certified it gold while the UK’s British Phonographic Industry (BPI) certified it silver.

In 2011, this collaboration featuring a mix of hip-hop and rap stars, including Busta Rhymes, performed “Worldwide Choppers.” It was an explosive RIAA-certified-platinum song that became an explosive hit that is loaded with a heavy-duty mix of rhythm and progressive hip-hop. According to the rap music genre, the term “chopper” means fast-paced rap, which is Tech N9ne’s branded trademark, which is featured just as prominently in his eleventh album, All 6’s and 7’s, as it is in the song.

From the sixth studio album, It Ain’t Safe No More…, which was released in 2003, “I Know What You Want” became a globally charting success. The combined performances of Busta Rhymes, Mariah Carey, and The Flipmode Squad brought forth one of the best hip-hop hits of its time. For Mariah Carey, this song served as the career revival she needed to get her own groove back. Together, along with The Flipmode Squad, the hip-hop combination brought this song to realize charting success as it charted in the top ten among most of the billboard listings worldwide. On the European Hot 100 Singles chart, it peaked at number one. The US Billboard Hot 100 charted the song at number three. Since its release, it has also become certified platinum in Australia, gold in America and Canada, and silver in the UK.

The first single Busta Rhymes released as a soloist was “Woo Hah!! Got You All in Check,” which came from his 1996 debut album, The Coming. The melody performed in the song came from Galt MacDermot’s 1968 instrumental song, Space. The song served as an explosive introduction of Busta Rhymes’ debut as a solo artist as the song topped the US Billboard Hot Rap Songs chart and the US Hot Dance Music/Maxi-Singles Sales chart. On the US Billboard Hot 100, it charted at number eight, which also did the same on the UK Singles Chart. In sales, Woo Hah!! became certified platinum by USA’s RIAA.

The Pussycat Dolls released their debut album, PCD, in 2005 and produced the smash hit single, “Don’t Cha.” With Busta Rhymes adding his hip-hop style to the sultry and synthetic pop delivery of the all-women group, the popularity of this song dominated the music charts at a global level. The song reached number one on virtually every billboard chart there is at a worldwide level, except for the US Billboard Hot 100, which ranked it at number two. It wasn’t the only chart that didn’t place” Don’t Cha,” as number one, but of all the nations that have official hit charts, it did break into the top ten among each of them. This slap-in-your-face hit song served as the ultimate song for rival girlfriends to play as a means to win over their love interest at the time.

Before this version of the song brought the world to its dancing feet, Tony Alamaze originally recorded and released it with minimal success. Disgruntled, she gave up the rights to the song. It was immediately offered to the Pussycat Dolls, who seemed to have no trouble catapulting an otherwise forgettable hit into one that is still frequently played at clubs to this day. A multitude of certifications has recognized this song as double-platinum in Australia, single platinum in America, Denmark, Germany, and the UK. It’s also been certified gold with the music industry associations belonging to Austria, Belgium, Sweden, and Switzerland.

#1 – Look at Me Now (featuring Chris Brown and Lil Wayne)

One of the most commercially successful singles of all time is “Look at Me Now,” which came from the collaborated performance of Busta Rhymes, Chris Brown, and Lil Wayne. Certified platinum eight times by the Recording Industry Association of America, as well as double-platinum certification from Australia’s ARIA, and a silver certification from the UK’s BPI, this suggests over eight million copies of this single has been sold. This does not include the gold certification it received by Denmark’s International Federation of the Phonographic Industry (IFPI) for having over 900,000 streaming downloads.