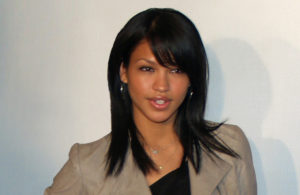 Cassie Ventura, or more commonly referred to as Cassie by her fans, is an actress, dancer, model, singer, and songwriter that first began her career in 2004 at the age of eighteen years old. Upon graduation from high school, she left her New London, Connecticut hometown to pursue a modeling career in New York City. While in New York, Cassie was spotted at nightclubs by Ryan Leslie, a singer and song producer who encouraged her to embark on a singing career as well as he was aware of her vocal training and talent. Since then, Cassie has enjoyed the spotlight not only as a model and recording artist but has also taken up acting where she has been seen in four feature films so far.

In between her acting and modeling, Cassie has so far released one studio album and a mixtape. She also has twenty-five singles to her credit, plus five promotional songs. The majority of her hits have either been featured as part of a soundtrack or as a non-album single, all of which came about after the debut of her self-titled album, which was released on August 8, 2006, and had since become certified silver by the British Phonographic Industry (BPI).

“Paradise” came from Cassie’s mixtape, RockaByeBaby, which she released in April 2013. She teamed up with Wiz Khalifa, whose verse added a bit of punch to Cassie’s soft, melodic vocals. Sexy and soulful, the song’s R&B playout received Khalifa’s rapped input which snuck in a bit of rhythmic input on his part as well. The song never charted on any official billboards, but it has received nearly two million views on just one of its YouTube videos alone.

Lil Wayne’s rapping guest verse plays off Cassie’s rhythmic vocals that made “Official Girl” a unique R&B that served as a standout favorite, at least on the Norwegian Digital Songs chart as it debuted at number one. While no official US Billboard audio charts recognized the single enough, its Hot Video Clip Tracks also debuted Official Girl at number one.

On the US Billboard Rhythmic Chart, “Let’s Get Crazy” charted at number thirty-three in 2009 with its contemporary influence performed by Cassie, alongside Akon. Since its original release, a number of remixes had been done to the song, including a blend of LMFAO and a remix of their 2011 hit single, Party Rock Anthem.

In 2012, “King of Hearts” served as one of the singles released from the compilation album, Bad Boy 20th Anniversary. Full of electronic jungle-style instrumentation, Cassie’s lyrical performance adds a hint of auditorium-style seduction to make the song seem more theatrical. On the US Billboard Rhythmic chart, the song peaked at number thirty-nine.

Nicki Minaj and Cassie paired up to record and release “The Boys,” which was featured on the reissue of Minaj’s second studio album, Pink Friday: Roman Reloaded – The Re-Up, in 2012. The mix of hip-hop and traditional pop-rock paired up to dance as Cassi’s rhythmic vocals played off Minaj’s rapping style she’s best known for. On the UK Hip Hop and R&B Singles Chart, the song peaked at number fourteen while on the US Billboard Hot R&B/Hip-Hop Songs chart at number forty-one. The Boys saw the best chart performance on Germany’s Deutsche Black Charts as it peaked at number nine in that nation. The standoffish layout Cassie and Minaj delivered against men who try to charm ladies with served as a modern-day version of Madonna’s 1984 single, Material Girl.

“It Is You” came from the 2008 soundtrack belonging to the movie, Step Up 2: The Streets. The song itself was available for digital download on November 13, 2007, and it appeared on the UK Singles Chart at number fifty-two. On the Canadian Singles Chart, it charted at number eighty-five. The critical reception the song received was positive as they considered it one of the best songs belonging to the movie. However, in the final cut, this single only appeared on the soundtrack. For Cassie, this was a good thing as the star of the film wanted the fans to see her more for her acting ability, not wanting so much of her singing to take away from that.

#3 – #Wheresthelove (featuring The Black Eyed Peas and The World)

On May 12, 2003, The Black Eyed Peas originally released the single, Where Is the Love? as the leading track from their third studio album, Elephunk. At the time, it became a number one hit on most of the music charts at a global level. Thirteen years later, a new version, “#Wheresthelove” had The Black Eyed Peas feature Cassie’s vocals, along with a number of other recording artists and a choir that consisted of forty children. Together, they’re dubbed as The World. The song was recorded and released as a fundraiser for educational programs and college scholarships.

The second of two singles released from Cassie’s debut album of 2006 was “Long Way to Go,” which peaked as high as number twelve on the UK Singles Chart and at number seventeen on the Official New Zealand Music Chart. On the US Billboard Hot 100, it charted to number ninety-seven. The single was actually more popular among the European and Oceania nations than it was in North America, which is mostly blamed on the lack of radio time Cassie’s song received. The playfulness of Cassie’s performance also carried an element of sass. Long Way to Go also became certified silver by the UK’s BPI.

“Me & U” is the first single Cassie released came from her self-titled debut album. In 2007, The American Society of Composers, Authors, and Publishers (ASCAP) recognized it as the most performed song since its 2006 release. The Recording Industry Association of America certified the song as platinum and it was certified gold by UK’s BPI and Music Canada. On the US Billboard Hot R&B/Hip-Hop Songs chart and at number three on the US Billboard Hot 100. The song charted within the top twenty among most European nations, as well as Australia, New Zealand, and Canada. On some music charts, Me & U was popular enough to remain in the top forty for nearly half a year since it made its first appearance. Perhaps the vintage-style song that had a mesmerizing effect on the listener had something to do with it.