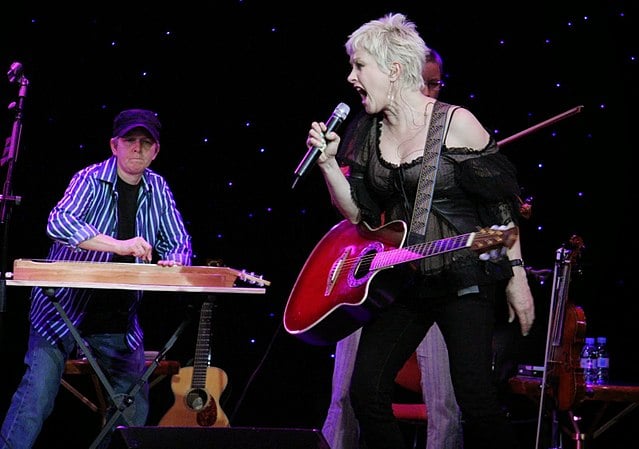 Our Top 10 Cyndi Lauper songs article looks back at so many great singles and album tracks that Cyndi Lauper released during her very successful music career. Cyndi Lauper released her first album in 1983 entitled She’s So Unusual. It was an album that while bathed in part by elements of the new wave genre, served more as a showcase for an wonderful new talent defined by a multi octave voice and a charming unique personality and style that was completely original. Cyndi Lauper shined a persona and talent that everyone fell in love with. Backed by an album of brilliantly written and produced songs that became major hits worldwide, Cyndi Lauper became an international star instantly and has remained one of the world’s most cherished artists and personalities to this day. Not bad for a Brooklyn girl.

Since 1983, Cyndi Lauper has released eleven studio albums that have sold over fifty million records. She has had multiple number one singles around the world. She is one of the only artists to earn a Grammy Award, a Tony Award and an Emmy Award. She is also known as being one of the the earliest advocates for the LGBT Community. We hope you enjoy these ten Cyndi Lauper songs we have chosen as our favorites. There are so many more too choose from. This list should inspire you to dig deeper into her spectacular catalog.

We open up our top 10 Cyndi Lauper Songs list with the song “The Goonies ‘R’ Good Enough.” The song was released on the soundtrack to the motion picture Goonies. The song and film were both released right in the middle of the heart of the 1980s in 1985. The song’s production is filled with drum machines and the sound of the Yamaha DX7.  The DX7 was a groundbreaking FM synthesizer that dramatically changed the sound of pop music for a couple of years. The song became a big hit for Cyndi Lauper as it reached the top 10 on the Billboard Hot 100. The song retained that fun party sound of her debut single “Girls Just Want To Have Fun.”

The video that was released had a very long extended introduction that only the biggest stars at the time could afford to produce. In 1985, Cyndi Lauper was one of the biggest stars on the planet. At the end of the video, famed movie producer and director Steven Spielberg makes a cameo. This is a fun video that defines so many of the characteristics of 80s over the top video making. The song is incredibly fun and depicts that carefree spirit that made so many people fall in love with Cyndi Lauper.

Continuing on with our top 10 Cyndi Lauper songs list we turn to the majestic song “Sisters Of Avalon.” The song was released on the album Sisters of Avalon. The album stands as the most underrated album of  her career. The record was released in 1996. While the album and single did well in Japan, lack of promotion in the United States led to many fans not even remaking Cyndi Lauper had released a new album, Still, from an artistic point, Sisters If Avalon was a great record and the single presented here is such a brilliant recording. The song was written by Cyndi Lauper and Jan Pulsford.

Cyndi Lauper’s “Just You Fool,” stands as sort of outlier on this top 10 Cyndi Lauper songs list. The song was released on the album Memphis Blues. The record was released in 2008. Memphis Blues was an album of blue music form Cyndi Lauper. It was a huge success making it her third biggest selling album of her career behind her first two brilliant records. “Just You Fool,” was the first single released from the record. The song was written by Marion Walter Jacobs. The song also featured the legendary harmonica player Charlie Musselwhite.

Continuing with our top 10 Cyndi Lauper songs we turn to the great single “Come On Home.” The song was released on the album Twelve Deadly Cyns…and Then Some. The hit “Come On Home.” was released as the third single from the record. It had been over ten years since Cyndi Lauper had released her first album and she was still releasing great songs and having chart success. The song was written by Cyndi Lauper and Jan Pulsford. The song hit number eleven on the U.S. Dance Charts. It was a top 40 hit in the United Kingdom.

We open up the second half of our top 10 Cyndi Lauper songs list with the rocking new wave style song “Money Changes Everything.” The song was released on Cyndi Lauper’s debut album She’s So Unusual. The song showcases many of the attributes of early new wave music in its production values, melody, chord changes and the song’s arrangement. However it’s Cyndi’s Lauper’s killer vocal that makes it stand out from the traditional new wave flair.

Every artist has die hard loyal fans that eat up everything an artists releases. These type of fans usually have a few songs that especially stand out to them. Cyndi Lauper’s “I Drove All Night,” is one of those songs. The song was written by the great songwriting team of Tom Kelly and Billy Steinberg. The song “I Drove All Night,” was originally written for Roy Orbison in 1987. However, even though Roy Orbison recorded the song in the late 80s, it was not released until after he passed away in the early 1990s. Cyndi Lauper’s version was a smash hit breaking the Billboard Hot 100’s top 10 peaking at number six.

Cyndi Lauper’s song “Time After Time,” was released on her debut album She’s So Unusual. It is a significant song for the artist not just because it’s such a great song, but because it stands as her first number hit on the U.S. Billboard Hot 100. The song was issued as the second single from the record following up her smash debut single “Girls Just Want To Have Fun.” The song was written by Cyndi Lauper and The Hooters Rob Hyman. “Time After Time,” is a beautiful ballad that captured the hearts of music fans instantly in the same way her debut single captivated listeners. There was something very special about Cyndi Lauper. Her chart success and dominating record sales proved that many people all noticed that special quality about her.

As we wind down this Cyndi Lauper songs list, we turn to the song that turned Cyndi Lauper into an overnight sensation. The legendary song “Girls Just Want To Have Fun,” stands as Cyndi Lauper’s signature song. The song was an incredible breakthrough hit. A song that ingrained itself in culture and became one of the ultimate sing along songs for young women. “Girls Just Want To Have Fun,” never made it to number one on the U.S. Hot 100 but it came very close. peaking at number two. However, it did hit number one on the U.S. Dance charts. Furthermore, the song hit number one in The Netherlands, Australia and Canada making Cyndi Lauper an international star on her very first single release.

The song “Girls Just Want To Have Fun,” was released on the album She’s So Unusual. The album and song were released in 1983 on the record label Portrait Records.

As we come to a close on our top 10 Cyndi Lauper songs lite we turn to her magnificent song “True Colors.” This beautiful heart warming song was released on Cyndi Lauper’s second album also entitled True Colors. The song was written by Tom Kelly and Billy Steinberg. Cyndi Lauper’s vocal performance on this one is breathtaking. Everyone took notice. Cyndi Lauper received  a Grammy award for her vocal performance on the song. The song’s arrangement is sparse so it never gets in the way of Cyndi Lauper’s vocals. The arrangement allowed for Cyndi Lauper to get up close to the mic allowing her resonance to come though clearly defining her true heart more on this one than any other song she has ever recorded.

“True Colors,” was also a big hit for Cyndi Lauper. The song went straight to number one on the Billboard Hot 100 in 1986. The song also went to number one in Canada as well as being a top 10 hit in multiple countries around the world. As the follow up to her first album, the single “True Colors,” sounded nothing like “Girls Just Want To Have Fun.” It was a brilliant move to continue Cyndi Lauper’s success. 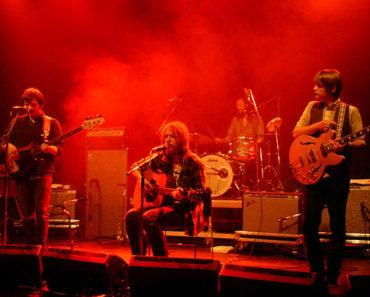 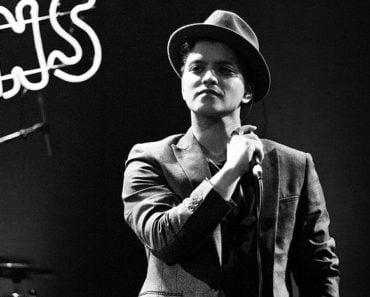 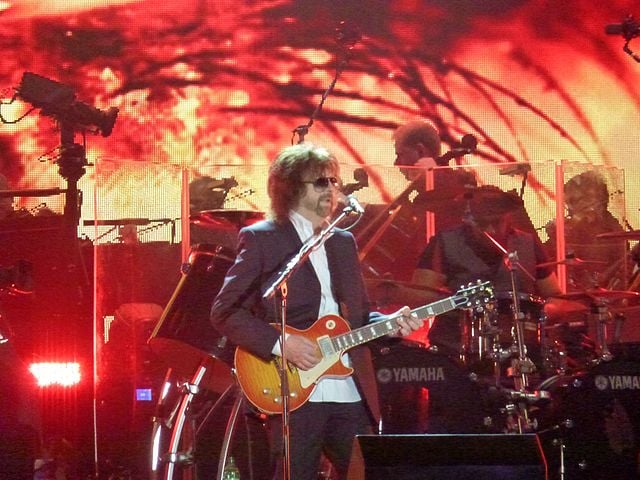 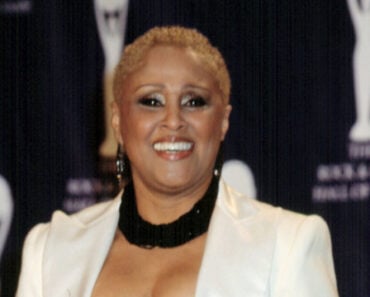 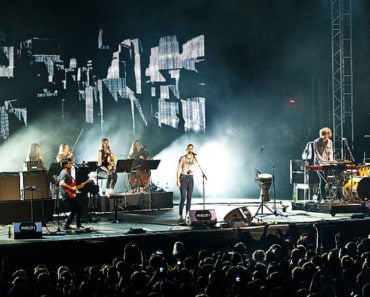 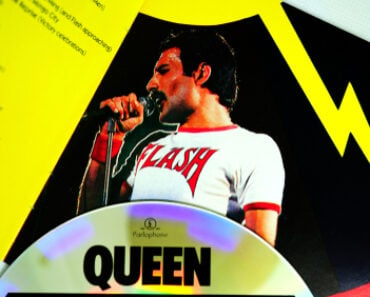