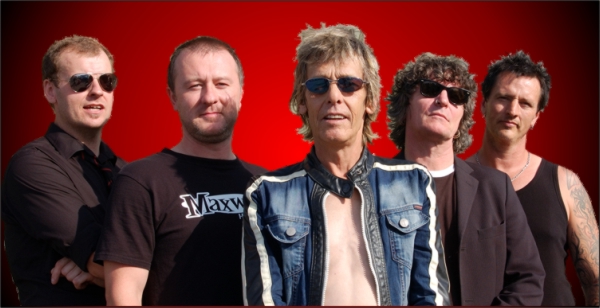 Our Top 10 Eddie And The Hot Rods Songs list takes a look at a English band that was formed in Essex England in 1975. The band was formed by former Fixx member Dave Higgs along with Steve Nicol, Rob Steele and Barry Masters. During the early days the band was lucky or maybe unlucky to have the Sex Pistols opening up for them. Eddie And The Hot Rods were first welcomed into the mainstream after the release of Live at the Marquis. The EP featured the single “Teenage Depression.” After the release of that EP the band found a new member named Graham Douglas. The addition of Douglas resulted in the single release of the song co-written by Douglas entitled Do Anything You Wanna Do  which became the band’s biggest hit of their career.

Eddie And The Hot Rods released eight studio albums between 1976 and 2011. The band went through many personnel changes with only Barry Masters being the one constant member. Their first album was released in 1976 entitled Teenage Depression. The band followed up that album with their sophomore release in 1977 entitled Life on the Line. In 1979, the band released their third album titled Thriller just a couple of years before Michael Jackson released his own Thriller album.

Legendary producer and musical artist Al Kooper jumped on board the Eddie and The Hot Rods show in 1981 when he produced the band’s fourth album entitled Fish ‘n’ Chips. The true food staple of London and the rest of England. For those unfamiliar with the work of Al Kooper  the man was the founding member of Blood Sweat & Tears as well as an established solo artist and brilliant producer behind some of the great 1970s Lynyrd Skynyrd albums. Fish ‘n’ Chips would be the last Eddie And The Hot Rods album until the band reunited 15 years later for the album Gasoline Days in 1996.

Continuing with our top 10 Eddie And The Hot Rods songs list we take a listen to the cool song “Get Across To You.” The song was the opening track on the band’s debut full length album Teenage Depression. The song was written by Dave Higgs.

# 8 – Farther on Down the Road (You Will Accompany Me)

One of our favorite Eddie and the Hot Rods albums was the great record Fish “N’ Chips. The album was released in 1981. You can really hear Al Kooper’s touch on this record. The song “Farther on Down the Road (You Will Accompany Me)”  was written by Jesse Ed Davis and Taj Mahal.

Another great track from the Fish “N’ Chips album was the smoking song “Wide Eyed Kids.” The song was released as the first single from the album by Eddie And The Hot Rods. However, the song failed to break onto any of the music charts.

At the number six spot on our top 10 Eddie And The Hot Rods songs list is the band’s debut single entitled “Writing on the Wall.” The song was released in 1976. Listen to how raw the band sounds on this track.

We just love the great groove on this track. The song “I Might Be Lying,” was issued in 1976. The drums sound great, the vocals are delicious and that guitar solo takes the track to another level. Some really great guitar playing throughout the entire track.

“Quit This Town,” was Eddie and the Hot Rods follow up single to their big UK hit “Do Anything You Wanna Do.” The song was released on the Life On The Line album.