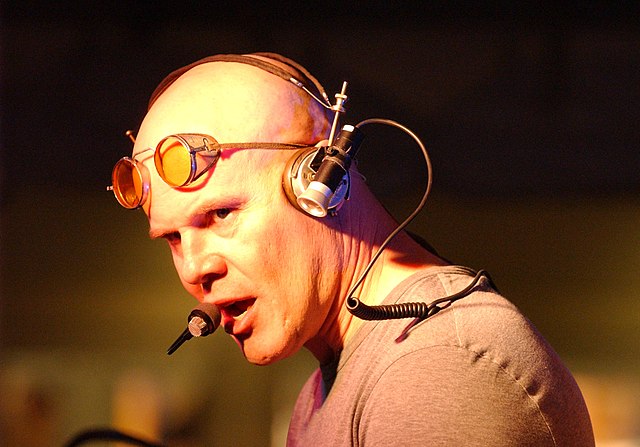 With our top ten Thomas Dolby songs list we look at an artist who is very much a creative visionary. As part of the New Wave movement in the 1980’s, he has worked with a variety of different artists in a variety of different ways including as a session musician and producer for artists as varied as Foreigner, Def Leppard, Malcolm McLaren, Belinda Carlisle and Joni Mitchell.

He is also known outside of music for his technological achievements, particularly for founding Beatnik, the Silicon company which played a big part in creating the Nokia phone. He is also a musical director for the TED Conference and has been the leader of Peabody’s Music for New Media Programme at John Hopkins University since 2014. In addition to this, he is still active as an industry person, constantly looking to the future of how music will be consumed and produced.

However, here at Classic Rock, our focus is on his music so let’s look at ten of his best.

Kicking off this list is this track from Thomas Dolby’s fifth album A Map of the Floating City which was his comeback album released in 2011. It was his first record since 1992 and so far is his last. This track features Mark Knopfler and is one of several guest appearances on the album, with others being from people such as Regina Spector and Imogen Heap. The record was reportedly recorded on a solar-powered lifeboat and most of the tracks from it were released prior to the record’s release via various social media outlets.

This is taken from Thomas Dolby’s fourth album released in 1992 titled Astronauts and Heretics. Although the album was fairly successful in the Uk, it was less so in the US which Dolby felt was due to it being poorly distributed by its label Giant Records as well as the general musical climate of the time, which in America was then dominated by the Grunge movement and bands like Nirvana, Soundgarden and Pearl Jam. The late Eddie Van Halen plays guitar on two of the albums other tracks.

Here is the title track of the second Thomas Dolby album released in 1984. The album got to number fourteen on the UK albums chart and several successful singles were released from it. In the US, it got to number thirty-five on the Billboard. In 2009, a remastered collectors edition of the album was released with bonus tracks and sleeve notes.

This track is taken from Thomas Dolby’s third album Alien At My Buick released in 1988. The record got to number thirty on the UK album charts. However, it was not a very successful album overall with underwhelming sales figures and a mixed critical reception. Several singles were released from the album which achieved very moderate chart success. This song was not one of them. Dolby stated that he felt the album’s failure was due to his change of musical direction on it.

This number is taken from Dolby’s 1981 debut The Golden Age of Wireless. The albums overall theme is that of the early era of radio, making it a record which is an early indication of his technological vision. It has a long history of different releases, having been re-pressed several times over the years with different tracks. It also had a collectors edition released in 2009.

Kicking off the second half of this list is the opening track of Astronauts and Heretics which was the second of three singles to be released off it where it got to number thirty-six on the UK charts upon the year of its release. Dolby has explained that the song is a semi-autobiographical story about an adventure that he had while travelling through New Orleans.

This single was taken from Thomas Dolby’s second album released in 1984 titled The Flat Earth. Dolby apparently recorded the song for Michael Jackson to sing. The two had met two years previously in 1982 but Jackson never got back to Dolby after he had sent him a demo tape. It was the first single to be taken from the album and got to number seventeen on the UK album charts. However, in the US it charted significantly lower, only getting to number sixty-two on the Billboard.

This song was recorded in 1982 and is a favorite among Thomas Dolby’s fans. The song was originally written for the Thompson Twins and there are two versions of it. There is the twelve inch version which is on the 1982 Blinded by Science ep and the album version on The Golden Age of Wireless. The lyrical inspiration came from Dolby’s uncle who was killed in the second world war whilst serving as a submarine crewman.

Just off the top spot is this track that was released in 1982 and is the partial title track of the Blinded by Science ep. It was also featured on the second edition of The Golden Age of Wireless. Although it was very successful in both the US and Canada, reaching number five in the former and topping that latter’s RPM charts, in Dolby’s native UK it got to the low position of number fifty-six. Due to it being his only top forty hit in America, it has led to it being seen there as a one hit wonder.

Topping this list is a song from The Golden Age of Wireless. It was released as Thomas Dolby’s debut single in 1981. The song is widely regarded as a synth pop classic and is inspired by the atmosphere of the second world war. It features a guest appearance from Andy Partridge from XTC. It got to number forty-eight in the UK and also charted in Canada and the US.