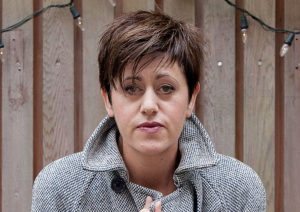 This top ten list looks at the songs of Everything But The Girl. This electronic/alternative rock duo hailed from the small British northern town of Hull and were active from 1982 until the year 2000.

Vocalist Tracy Thorn and instrumentalist Ben Watt both met whilst attending university and both had a mutual connection through the independent record label Cherry Red, which they both already had contracts with. They had already both released material through this label.

After their formation they recorded and released their debut single which was a cover of “Night and Day” by Cole Porter in 1982. Two years later they released their debut album Eden which was successful in the UK, getting to number fourteen on the national charts and featured the single “Each and Every One” which also did well, getting to number twenty eight on the national singles chart.

In 1985 they released their second album called Love Not Money which saw a change in musical direction, moving away from the jazz influenced sound of the first record into a more guitar-based rock sound. A year later they recorded Baby, The Starts Shine Bright at Abbey Road with an orchestra and it was released that same year. 1988 saw the release of Idlewild which reached number thirteen on the albums chart. The next album was The Language of Life in 1990 which featured the song “Driving.” They self-produced their next album Worldwide released in 1991. In 1992 they released the compilation album Acoustic.

The next album released in 1994 Amplified Heart brought Everything but the Girl more worldwide success when it peaked at number two on the US Billboard. They once again self-produced their next album released in 1996 Walking Wounded which got to number four in the UK. Their tenth and so far final album Temperamental was released in 1999. Since then they have been on an extended hiatus with both members working on various other projects. Here is a list of their ten best songs.

Starting off our Everything but the Girl songs list is the song “Temperamental,” which was the title track of the tenth and final album which was released in 1999. The album was particularly successful on the dance charts with all five of its singles topping the US dance charts, including this song. Tracey Thorn had less involvement with this album due to having recently became a mother.

Up next is the title track of the band’s ninth album released in 1996. It saw them go in a more electronic dance direction after the success that they had with the single “Missing” in 1995. This was one of four songs from the record to be released as a single and became a top ten hit in the UK. It was remixed by experimental musician Omni Trio.

Next up is a cover of the Cyndi Lauper song that was included on the band’s Acoustic compilation album released in 1992. In the UK, they had released the four track Covers ep of which this song was included on. For its worldwide release it was expanded into a full album. This is a very good cover of the song.

In the number six position on our Top 10 Everything But The Girl Songs list Ending the  is the sensational song “Politics Aside.”  The song was taken from the band’s sixth album entitled Worldwide released in 1991. In 2012 this album and Acoustic were reissued and released together. Upon its release in got to number twenty-nine in the UK. This track is very sombre and melancholy sounding and has a really good emotional vibe to it.

Beginning the second half of this list is the title track of the group’s fifth record released in 1990. Although it was commercially successful being their biggest selling album at that point it did cause some division with the group’s fanbase in Britain. Tracey Thorn has retrospectively stated that the musical direction that the band was going in at the time was somewhat unclear in terms of the vision that they had.

This song is a cover of a song that was originally written and performed by Crazy Horse and has another well known cover version by Rod Stewart. This version was massively successful in the UK where it got to number three. It was their first UK top ten hit and would remain their only one until the release of “Missing” in 1995. Tracey Thorn has stated that Rod Stewart was a big inspiration for her growing up. It is taken from their fourth album Idlewild released in 1988.

At number three is a track from the third Everything but the Girl album entitled Baby, The Starts Shine Bright released in 1986. Upon its release it got to number twenty-two on the UK album charts. A Japanese clothing shop was named after the album. In 2012 the album was reissued and released as a two disc set.

Just off the top spot is one of the singles to be released from the band’s second album Love Not Money released in 1985. It spent nine weeks on the UK albums chart where it debuted and peaked at number ten. As a single, this track peaked at the very low position of number ninety-three. A lot of the album’s lyrical themes were among the most political that the group has ever written.

Topping of our Everything but the Girl songs list is this track taken from their eighth album Amplified Heart released in 1994. As the album’s second single it was not massively successful upon its initial release but became a massive hit after it was remixed and re-released a year later. It is the band’s biggest and most well known song, when the remixed version was released it topped the chart in several different countries across the world. It was also highly acclaimed by critics and is seen as a point in the band’s career where they started to evolve musically.

Top 10 Everything But The Girl Songs  article published on Classic RockHistory.com© 2021