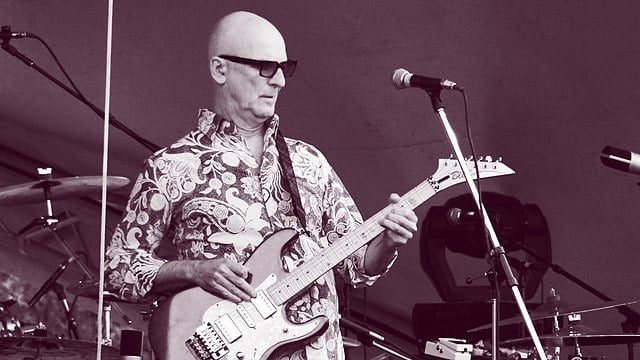 It’s amazing how certain rock stars can be so big in their native countries and yet barely break the US market. Ask any Canadian rock and roll fan who Kim Mitchell is and they will look at you like a New Jersey native would if you asked them who Bruce Springsteen was. So far all our Canadian readers, this list will probably be just another top 10 to argue over with. Yet, for rock and roll fans in the  United States we hope this top 10 Kim Mitchell songs list will turn you on to some great rock and roll music by a rock and roll artist that we believe should have been much bigger in United States than he ever was.

We open up our top 10 Kim Mitchell songs list with the artist’s first single release of his career. The song “Miss Demeanor,” was released in 1982. It was issued on the album Kim Mitchell. Although this song failed to chart anywhere, it doesn’t take away from how hard this song rocks. Anyone with an ear that heard this one back then, could tell that Kim Mitchell was an artist that was going to have a long career.

Continuing with our top 10 Kim Mitchell songs list we present the roaring track “Rocklandwonderland.” The song was released on the album Rockland. This great album was Kim Mitchell’s third album release. It was widely successful in Canada where it hit double platinum selling two hundred million copies.

At number eight on our top 10 Kim Mitchell songs list we present the song “Easy To Tame.” This killer rock and roll 80s tune was released on Kim Mitchell’s second solo album entitled Shaking Like a Human Being. Great video that you probably never saw before.

Rock and Roll musicians play rock and roll forever. It’s what they know, it’s what they do it’s just who they are. Mick Jagger will be dancing on that stage until he’s 100 years old. Kim Mitchell is another life timer. In 2020, the man was still releasing new music that rocked hard. He sounds just as good in 2020 as he did 1987. The song “2Up 2B Down,” is all the proof you need.

Yeah now that’s what I call a riff. Kim Mitchell music is just perfect for the open road. It just makes you feel good. This great song entitled “America,” was released on the album Aural Fixations. The song was written by Kim Mitchell and Jim Chevalier.

At the halfway point on our top 10 Kim Mitchell songs list we present a truly great rock and roll masterpiece entitled “That’s The Hold.” The song was taken from the album Shakin’ Like A Human Being. The album was released in 1986

At number four on our top 10 Kim Mitchell songs list we have another great track from the album Shaking Like a Human Being. This one was a big fan favorite entitled “Patio Lanterns.” The song was  released as the first single from the album in 1986. It was a big hit in Canada. The song actually broke through to the US Billboard top rock tracks breaking into the top 40 and peaking at number 36. It was a top 20 hit on the Canadian mainstream  charts.

Kim Mitchell’s “All We Are,” was a standout ballad and one of the strongest of his career. The song was released on his great album titled Akimbo Alogo. The album was released in 1984. The song “All We Are,” was the second single released from the record. It only had moderate success on the Canadian music charts peaking at number seventy nine. Still, a great song.

Your going to love this one. Listen to those drums. This one rocks hard. The video is also a lot of fun to watch. “Rock and Roll Duty,” was released on the album Rockland. The album was released in 1989 this great song broke the Canadian music charts top 10 peaking at number seven. It would become the second biggest hit of Kim Mitchell’s career deservedly so. This is truly a great one