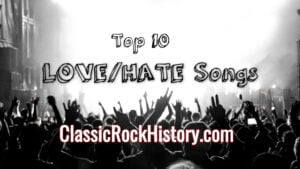 Our Top 10 Love/Hate songs list takes a listen to some of the best songs ever released by an 80s /90s glam metal band. The group Love/Hate was a late bloomer to the big time 1980s Glam Metal scene that dominated the music industry for the second half of the decade. The band really didn’t make it until the 1990s when the scene was beginning to dry up as the Seattle grunge scene was about to turn the rock and roll world upside down.

The group hailed from the city of Los Angeles, California. The group was originally named Dataclan, but changed their name to Love/Hate when lead vocalist Jizzy Pearl joined the band. Jizzy Pearl would also sing lead at times for the bands Quiet Riot, L.A. Guns, and Ratt. Before the band Love/Hate had released their debut album, they had found some limited success with their songs being released on soundtrack albums to motion pictures such as A Nightmare on Elm Street 4: The Dream Master and Critters 2. One of our favorite films by the way. How could you not love the Critters movies?

By the time the decade of the 1980s was over, the band Love/Hate was set to release their major label debut album. In 1990, LoveHate released their first album entitled Blackout in the Red Room. The band would then embark on a pretty consistent release schedule of new music throughout the entire decade of the 1990s. The band’s follow up album to their debut was released in 1992 entitled Wasted in America. In 1993 Love/Hate released their third album called Let’s Rumble. The band’s fourth album was released in 1995 entitled I’m Not Happy. 1997 saw the release of Love/Hate’s fifth album called Livin’ Off Layla. The band closed out the decade in 1999 with their sixth album release called Let’s Eat, although the album was not really a Love/ Hate album but rather a selection of songs by Jizzy Pearl taken from his earlier career.

The 2000s would see a mixture of personal changes performing under the Love/Hate name. Like many other bands in classic rock history, groups would use the original band’s name with only one original member still being a part of the group. In this case, it was lead singer Jizzy Pearl using the name.

Our top 19 Love/Hate songs list will focus just on the material released by the band during their 1990s rock and roll period.

We open up our top 10 Love/Hate songs list with the fabulous song entitled “If You Believe In Miracles.” We wanted to start out with a song that simply defined just how great this band was. This mid-tempo ballad rocker will blow away your rock and roll shoes. You will hear all the bands that seemed to have inspired this group like Aerosmith, Ted Nugent, Led Zeppelin, and Van Halen. It’s all there. The singing is amazing, the playing brilliant, and the production top-notch. This is the way to start out our presentation of this kicking band.

In the number eight spot on our top 10 Love/Hate songs list we showcase the song entitled “She’s an Angel.” The song was released on the album entitled Blackout in the Red Room. The album was released in 1990. “She’s an Angel,” stands as the first song from their debut album that we present on this list. We would argue that the band’s first album is simply one of the most underrated rock and roll albums released in the 1990s. It has more of a rock and roll 80s glam metal feel than we would hear from most bands in the 90s as music went through dramatic changes because of bands like Nirvana, Pearl Jam and Soundgarden. Blackout in the Red Room is really a treasure that we highly recommend everyone should search out and add to their collection.

In the number seven position on our top 10 Love/Hate songs list is the exhilarating song entitled “Evil Twin.” By the time you get to this song and every other song from this point on this list, you are going to become a die-hard fan of Love/Hate. It’s our classicrockhistory.com 100% guarantee.  The song “Evil Twin” was released on the album entitled Wasted In America.

Landing in the number six spot on our top 10 Love/Hate songs list we present the  superb song entitled “The Boozer.” This is one of those deep album tracks that we just wish more people knew about it. It’s such a cool song with its minor chord riffs and that guitar playing that is too die for.  The song was released on the album entitled Let’s Rumble. The album was released in 1993.

At the halfway point on our top 10 Love/Hate songs list is the song entitled  “Happy Hour.” Listen to the groove that the band lays down on this out of the world track. You can hear the Led Zeppelin meets Black Sabbath meets Alice In Chains inspiration all through this sone. It’s dark, but it’s intense and filled with brilliant playing. Ths vocals are ahead of their time. The shredding is hall of fame worthy.  The song was issued on the album entitled Wasted in America. The album was released in 1993.

At the number four spot on our top 10 Love/Hate songs list we present the song entitled “Rock Queen.” The group sounds like Aerosmith meets Guns N’ Roses on this very underrated song. If you don’t have the band’s first album, you probably never heard of this one. This will just blow you away. The group is so tight on this amazing rock and roll track.  “Let me touch your cookies, let me eat your cookies.” Well, it doesn’t get more rock and roll than that. The song was released on the album entitled  Blackout in the Red Room. The album was released in 1990.

Cranking it way up on our top 10 Love/Hate songs  list we present the anthemic song entitled “Wasted In America.”  The song was released on the album also entitled Wasted In America. The album was released in 1992. We love the dual guitar lines that open up this song. Although the band was considered glam because of the vocals of Jizzy, and certain other factors, the guitars sound more like 70s classic rock echoing the style of guitar players like Ted Nugent and Eddie Van Halen.

Just of the top spot on our top 10 Love/Hate songs list, we celebrate the rip-roaring song entitled “Why Do You Think They Call It Dope?” This song just kills. Listen to that bass line at the start of the song. The drums explode all over the place. There is a little bit of a Cheap Trick vibe to this song, The space that the band uses in the song works very effectively. The song was released on the album entitled  Blackout in the Red Room. The album was released in 1990.

If you want to introduce your friends to a great rock ‘n’ roll band from the 90s that they may have never heard of, this is the song to start with. We close out our top 10 Love/Hate songs list with the furious song entitled “Blackout In The Red Room.” This could possibly be the most underrated rock ‘n’ roll song of the glam era. This one is simply smoking. The song was released on the album entitled  Blackout in the Red Room. The album was released in 1990. The guitar solo is ultimately ferocious and the last note that Jizzy Pearl sings is phenomenal. It’s a bit Steven Tyler meets Axl Rose meets of course Jizzy Pearl. It’s simply intoxicating rock and roll. 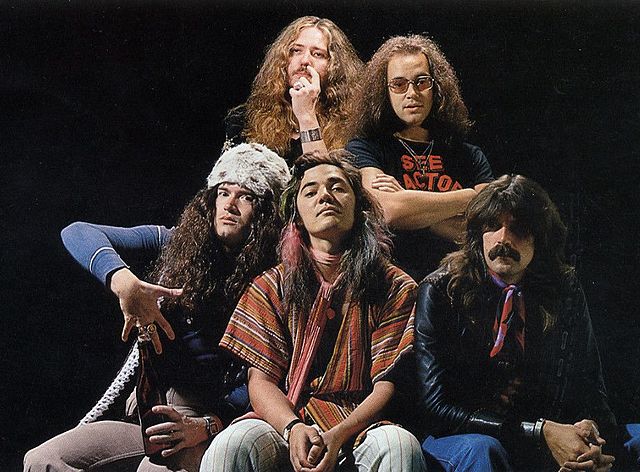 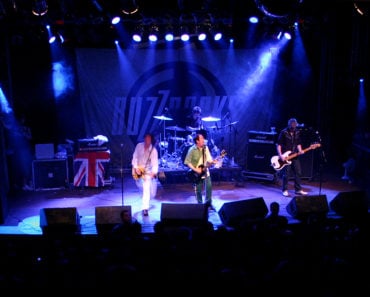 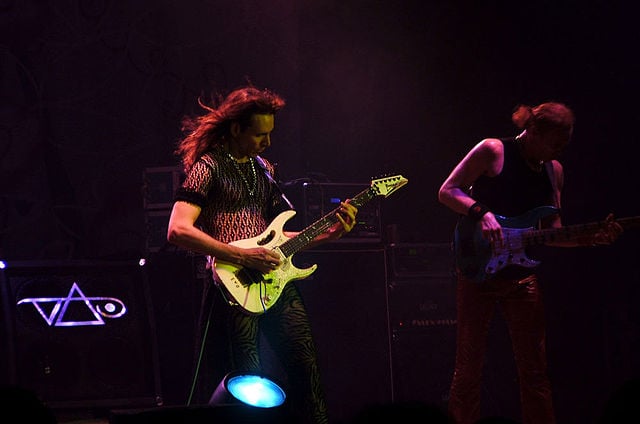 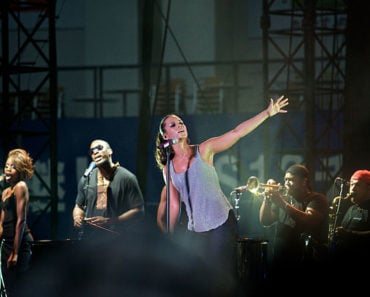 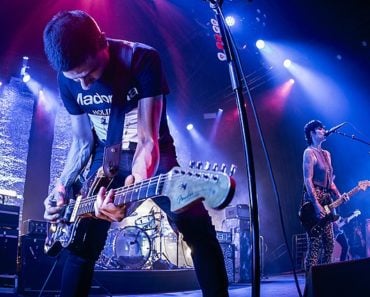