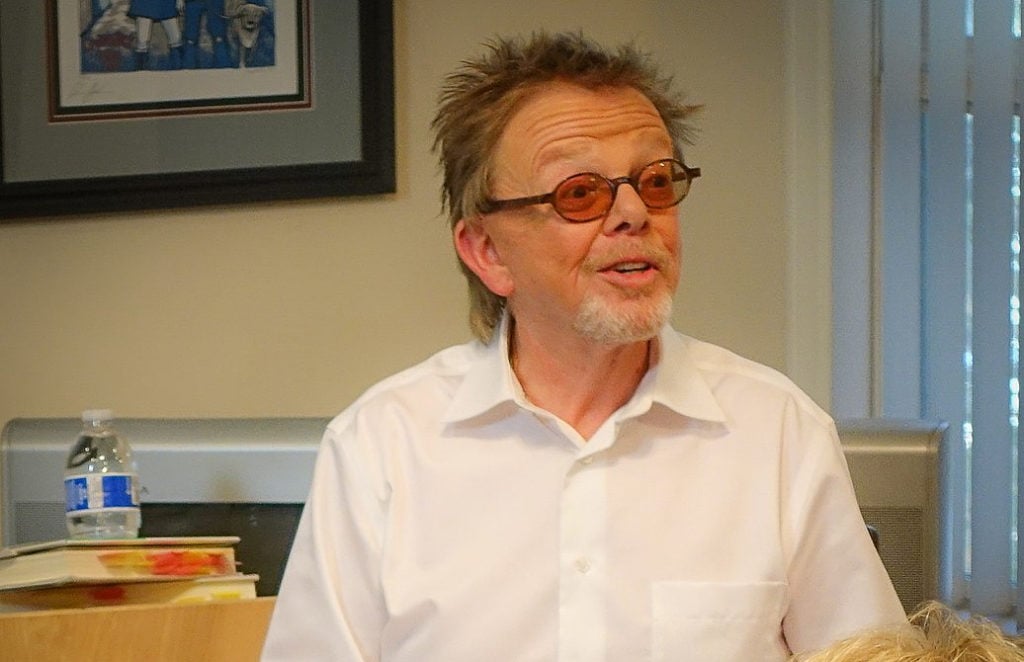 It was hard to get through the 1970s without seeing Paul Williams pop up somewhere. Not only a prolific and popular songwriter, but he was also an actor who starred in many films and countless television shows and frequent talk-show guest appearances because of his quick wit. He played all sorts of characters and sometimes even just himself. We all loved Paul Williams as  “Little Enos Burdette” in the great Burt Reynolds motion picture Smokey and The Bandit and each sequel. Who could ever forget Paul Williams as Virgil in Battle for the Planet of the Apes. Younger folks might recognize him as the voice of the Penguin in Batman: The Animated Series. His recent appearance in the Amazon original drama Goliath starring opposite Billy Bob Thornton was sensational. He’s also had the thankless job of being president of American Society of Composers, Authors and Publishers or ASCAP. When asked if he ever dreamed that his song “Rainbow Connection” touched so many people, he responded, “The longer I’m alive, the little less I have to do with the song, in a lot of ways.”

It’s tough to just compose a top 10 Paul Williams songs list because the man has written so many brilliant songs in his lifetime as well as had a huge hand in many television themes. Paul Williams played a role in writing the theme songs for the television shows as a lyricist for such classics as The Love Boat and he McLean Stevenson Show. Paul Williams has also scored many motion pictures such as Bugsy Malone in 1976, Emmet Otter’s Jug-Band Christmas in 1977, The End in 1978, The Muppet Movie in 1979, The Night They Saved Christmas in 1984, Ishtar in 1987, The Muppet Christmas Carol in 1992 and The Princess Diaries 2: Royal Engagement in 2004

One of Paul Williams career highlights in our opinion was the music he composed and scored for the Brian De Palma cult classic film Phantom of the Paradise which was released in 1974. Additionally, the role Paul Williams played as Swan is one of his greatest moments on the silver screen. The music for that picture was just simply fabulous.

“Out in the Country” was written by Paul Williams and Roger Nichols. It was released on the Three Dog Night album entitled “It Ain’t Easy.” The song was a big hit reaching the number 15 spot on the Billboard Hot 100 in 1971.

This great Paul Williams songs was released on the album Harmony. It was written by Paul Williams and Jack Conrad. The song hit number twelve on the Billboard Hot 100 in 1971.

This is easily one of Paul Williams greatest songs. The song was also released on the album Harmony. The song hit number four on the Billboard Hot 100 in 1971. It became one of Three Dog Night’s signature songs and stands as one of the greatest rock ballads released in the 1970s.

This was a huge hit for Barbara Streisand, who wrote the melody. Decades Later, Paul Williams would describe how shy Barbara Streisand was when she played the melody on guitar for him, hoping he could come up with lyrics. He certainly did. He also suggested to Streisand to not change one note of the melody. The song would go on to win a Grammy, some Golden Globes and the Oscar for Best Original Song for the 1976 hit film A Star Is Born. Because of its popularity, this was arguably one of the most overplayed songs on the radio during the late 1970s. The version below is done by Paul Williams for his 2004 compilation album Evergreens: The Best of the A&M Years.

Any song that David Bowie thought worthy to cover deserves listing on any top 10 Paul Williams song list. This was the only cover song that appeared on David Bowie’s 1971 classic album Hunky Dory. It was also covered by Tiny Tim. This time Paul Williams collaborated with Biff Rose, the guy that got Paul Williams into the music business. “Fill Your Heart” originally appeared on Biff Rose’s 1968 debut album from The Thorn in Mrs. Rose’s Side. David Bowie saw Biff Rose perform in 1971 but had already begun performing the song live a year earlier.

Collaborating with others is nothing new for Paul Williams, but this time he worked with Daft Punk, a heavily electric and amazingly eccentric French duo. Two of their songs appeared on the acclaimed 2012 album Random Access Memories, which is an homage to the music scene in 1970s Los Angeles. “Touch” is an eight-and-a-half-minute epic journey from robotic musical dots against the wind to Paul Williams singing against a lone piano. This is something wildly different from all of the other songs on the list and just plain audacious coming from a guy in his 70s writing with two guys pretending to be robots.

Paul Williams is best when he looks at the peculiar side of love. Here, he and collaborator Roger Nichols have a frank “it’s not you, it’s me” discussion with a female admirer. The original version has a typical 1970’s overdone arrangement, but the song itself is strong enough to delight, despite the dated arrangement. It appears on his 1970 debut album Someday Man.

Paul Williams said that some songs took twenty minutes to write and some took months. This was one of the latter. For the tune, he collaborated with Roger Nichols. For two songwriters just starting out, it was a huge honor for The Carpenters to decide to cover the song in 1971 on their hit album Carpenters, or the Tan Album as fans call it. Paul Williams’ version did not come out until 1974 on his hit album Here Comes Inspiration. It features a lovely finale consisting of just strings. Another uncredited collaborator was Paul Williams’ mom, who often said, “I’m feeling old”, which inspired the opening line, “Talking to myself and feeling old.” And of course we could not forget the other two Carpenters classics that Paul Williams penned with Roger Nichols,

This is a great pop song compressed into 55 seconds. The title refers to a popular album at the time, which has since mostly disappeared into obscurity, 1970’s Nilsson Sings Newman, where Harry Nilsson did a whole album of Randy Newman covers. You don’t really need to know that to get the song, which is basically about the age-old song topic of a guy trying to get a girl into bed. This also was a collaboration with a musician in his band, Kenny Ascher. It appears as the opening track to Paul Williams’ 1974 album, Here Comes Inspiration.

This is yet another song from Here Comes Inspiration because that was a real stand-out album. This song later appeared as the theme song to the 1976 telemovie The Boy in the Plastic Bubble, which starred a little-known actor called John Travolta. In interviews years later, Paul Williams would talk about how he loved it when someone came up to him and said they got married to this song.

Paul Williams and longtime collaborator and bandmate Kenny Ascher voiced what perhaps all couples feel at times, that everyone in the world is against them. It’s not exactly a theme song for the paranoid, since the song gives evidence of the world going after them, such as a particularly scary circus clown. This song is flexible enough for “you and me” to be interpreted as two lovers or as a parent and child. The song has been covered extensively, most notably by Helen Reddy, featuring her daughter Traci, in 1974. “You and Me Against the World” first appeared on Paul Williams’ 1974 album, Here Comes Inspiration.

When Paul Williams did a guest spot on The Muppet Show in 1976, Jim Henson asked him to do Emmet Otter’s Jug-band Christmas (1977). Jim Henson was so impressed, that he asked Paul Williams to do the soundtrack for the first Muppet movie. Paul Williams felt he needed his friend and collaborator Kenneth Ascher for help. Paul Williams promised to keep Jim Henson in the loop as to how the songs were going. Jim Henson replied, “Oh, that’s all right, Paul. I’ll hear them in the studio when we record them. I know they’ll be terrific.” And Jim Henson’s faith was fully justified. The Muppet Movie soundtrack would be nominated for many awards, including two Oscars. “Rainbow Connection” is the show-stopper of the soundtrack and riveting opening song of the movie, where Kermit the Frog waxes poetic on a lily pad. Paul Williams stated in a 2016 interview that he was trying to write something similar to “When You Wish Upon a Star.”

# 1 – I Hope that Somethin’ Better Comes Along

Like with “Rainbow Connection,” this was a song written for The Muppet Movie (1979) with then-collaborator Kenneth Ascher. This is one of the funniest songs you’ll hear about men and women, couched in the terms of how they give Kermit the Frog and Rowlf the Dog the blues. This actually was Jim Henson in a duet with himself, since he was the voice of both Muppets. With songs like this, appealing to both children and adults, it’s no wonder The Muppet Movie soundtrack soon went gold and was nominated for several prestigious awards. That’s why it tops our list of best Paul Williams songs. 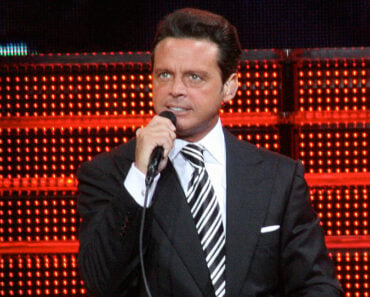 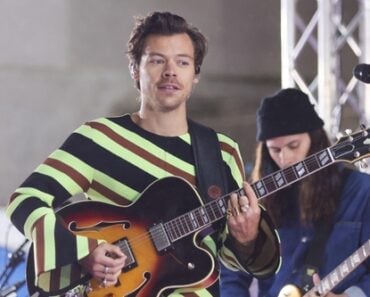 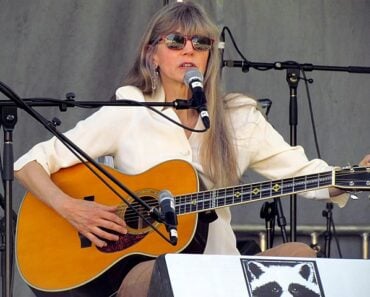 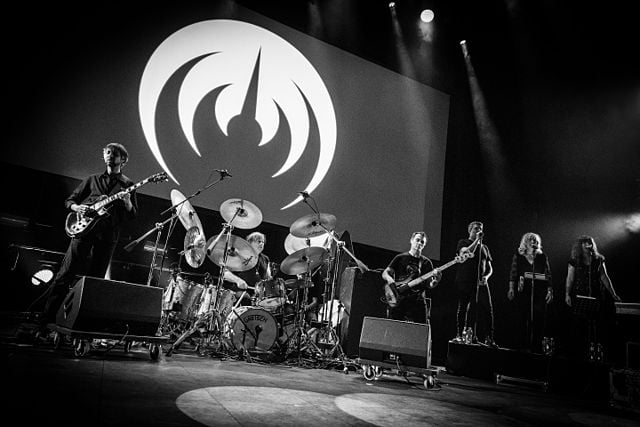 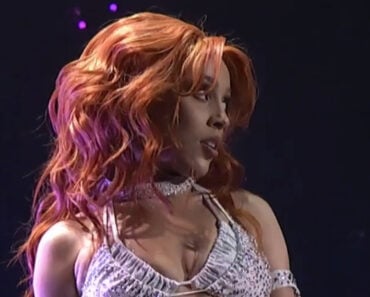