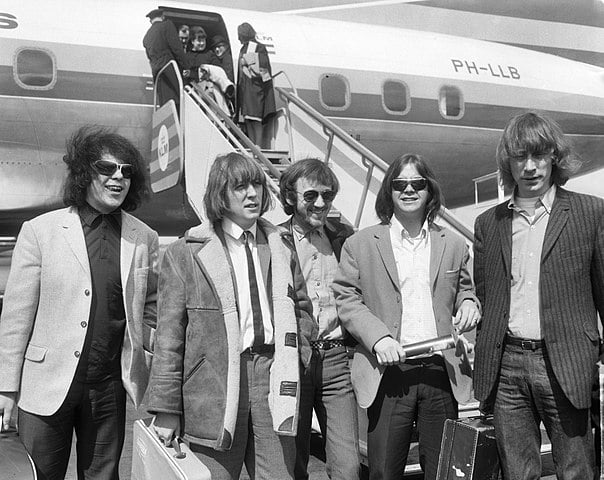 Our Top 10 Pretty Things songs list takes a look at a 1960’s band from the United Kingdom. The Pretty Things began their career as a blues entrenched rock band. However, as the culture of the 1960s evolved across the rock and roll landscape, many blues bands became inspired by the concepts of psychedelia and progressivism. The Pretty Things were no exception. The band’s sound would evolve over the years as members changed with the times.

. In similar fashion to other great rock bands like The Beatles and The Rolling Stones, The Pretty Things debut album contained more cover songs than originals.

The majority of the material the Pretty Things would release as a group was issued in the 1960s and 70s. Nonetheless, despite a revolving door of musicians, some who came, went and then came back again, The Pretty Things continued to release albums all the way up to 2015.

album. The record was released in 1967. It was the band’s third studio album. The song “A House In The Country” would actually be the last Pretty Things songs to have chart success in the United Kingdom.

. The album featured original members Phil May and Dick Taylor.  The song “The Same Sun,” sounds like it could have been released in 1965. When you hear rock fans say there is no longer great rock and roll being released, send them a copy of this great song.

album. The record was released in 1970. This might not be the most popular Pretty Things song, but in our book it’s the coolest. This sounds like it belonged on The Beatles White Album.

The Pretty Things song “Honey I Need,” was the band’s second most successful single release behind “Don’t Bring Me Down.” It’s hard to believe that this is the same band that released “Sickel Clowns,” just a few years later. The single “Honey I Need,” was released in 1965. The song hit number thirteen on the United Kingdom’s pop charts.

“Honey I Need,” was issued on the band’s debut album The Pretty Things

in 1965. “Honey I Need,” was the opening track on side two of the album. The song was an originaly written by Dick Taylor, John Warburton, Peter Smith and Ian Stirling.

# 6 – Walking Through My Dreams

as a bonus track. The album has long been thought of by many rock fans and critics as the record that inspired Pete Townsend’s concept album work with The Who.

As we get past the halfway point on this top 10 Pretty Things songs list,  we turn to the band’s second album entitled Get the Picture? The song “You Don’t Believe Me,” was the album’s opening track. Interestingly, the song also featured the guitar work of soon to be Rock God, Jimmy Page. The guitarist who would eventually rule the world with Led Zeppelin also received a songwriting credit on the song. “You Don’t Believe Me,” was written by Phil May, Bobby Graham, Jimmy Page and Willie Morrell.

in 1965. It was the album’s opening track. “Roadrunner,” was written by Ellas McDaniel who most of the rock and roll world know as Bo Diddley. The great song “Roadrunner,” was one of the most covered songs in the 1960’s. Bands like The Animals, The Zombies and Wayne Fontana & the Mindbenders all recorded their own versions of the great Bo Diddley song.

The Pretty Things released their version of “Roadrunner,” as a single. The song was most successful in The Netherlands where it had become a top 20 hit peaking at number eleven on the Dutch music charts.

Most of the success The Pretty Things had on the charts in the United Kingdom came early in their career. The great Pretty Things song “Don’t Bring Me Down,” was released as a single in 1964. “Don’t Bring Me Down,” would prove to be the band’s highest charting single of their career. It was the groups only top 10 hit as it just made the UK Music Charts Top 10 in 1964 peaking at number 10.

The Pretty Things song “Don’t Bring Me Down, featured the band’s original lineup of Phil May on vocals, Dick Taylor on lead guitar, Brian Pendleton on rhythm guitar, John Stax on bass and Viv Prince on drums.

We close out our Top 10 Pretty Things songs list with the great track “Rosalyn.” The song was released by The Pretty Things in 1964. It was also the band’s debut single. The song introduced the band The Pretty Things to the world. The song had moderate chart success peaking at number 46 on the UK music charts. David Bowie covered the song on his Pin Ups

The Ghost Inside Albums Ranked

Why Paul McCartney Is The Greatest Musical Artist Of All Time