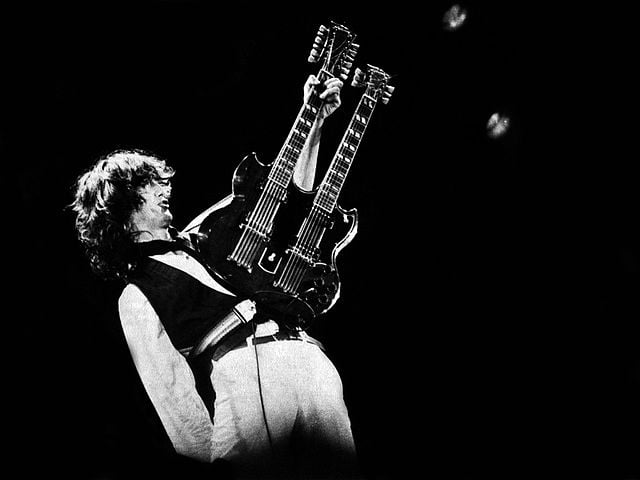 One of the greatest facts of life is the inevitable breakup of great bands. There are hundreds of reasons why legendary rock bands break up. The passing of John Bonham in 1980 put an end to the career of Led Zeppelin. The band could not continue without Bonham behind the drum set. John Bonham was such a fierce force in the sound and heart of Led Zeppelin that there was no way the group could continue.

As opposed to so many other bands who have reformed and continued on without key founding members, Led Zeppelin has stayed true to their vow to never reform without John Bonham.  Since 1980, the closest the band has ever come to reuniting was the 40th Anniversary Celebration of Atlantic Records concert in 1988 at Madison Square Garden, and the spectacular reunion show in 2007 at London’s O2 Arena. However, these were not really reunions (without John Bonham the term reunion makes no sense) or reformations, but rather simply two one shot deals of celebrating the glorious past.  The 2007 concert which was released as  an incredible multi CD DVD/ Blu Ray set entitled Celebration Day

is really the only true digital recording we may ever have of the aura of Led Zeppelin.

Robert Plant has continued on his own releasing a catalog of original music and at times covers, that has always defined substance and artistic integrity. Jimmy Page has only released one solo studio album since the break up of Led Zeppelin. However, the man has dabbled in multiple projects of various natures with a multitude of artists. This article takes a look at the most interesting Jimmy Page Projects that we know of.

There have been some interesting projects that never got off the ground like the XYZ band project that would have featured Jimmy Page, Chris Squire and Alan White. However, we will only look at the officially released items. Since this is just a survey article, we wont go to deep into each project, but rather just aim to tease enough to generate interest into the post Led Zeppelin years of Jimmy Page’s career.

. The album was issued on Swan Song records. Surprisingly, it is the only Jimmy Page solo material to be released on the Led Zeppelin Swan Song label. Remember, all those long string bow guitar solos Page played in Led Zeppelin concerts? Well, they work tremendously well on this soundtrack.

Very cool stuff, highly interesting to listen too and it worked perfectly over the creepy L.A. scenes in this ridiculous movie. Death Wish I

was as serious film, but the sequels just got carried away. Nonetheless, it blew us away at the time when we discovered that Jimmy Page  was doing the soundtrack. That was worth the price of the admission ticket alone.

Come on, this was fun to listen to. And yes, we can understand why Robert Plant called this recording “Cover/Page.” But in the end, there are some pretty good songs on the album, the production is fantastic and Jimmy Page sounds great. The band rocks hard, and Denny Carmassi on drums is simply killer It was a short-lived project, as the pairing of David Coverdale and Jimmy Page only lasted for one record. The album entitled Coverdale/Page

was released in 1993 on Geffen Records. The single “Pride and Joy,” reached the number one position on the US Billboard Hot Mainstream Rock Tracks Chart in 1993.

is a Roy Harper

album, Jimmy Pages’s playing is all over the record. It’s a very progressive record that may be of  high interest to guitarist and hard core Jimmy Page fans.

How could we not mention an autobiography written by Jimmy Page, the founding member of the greatest rock and roll band in history. However, if you were looking for juicy details about the Led Zeppelin years, keep looking. Jimmy Page’s autobiography is a memoir presented in photographs only. Nonetheless, it’s a beautiful book that defines the entire career of Jimmy Page through the artist’s own perspective of what’s important to him. At over 500 pages, the book is a treasure for Led Zeppelin fans.

# 6 – Jimmy Page and The Black Crowes

. The two artists sounded so good together,they hooked up again the following year and co-headlined a summer tour with The Who.

The Jimmy Page and Black Crowes collaboration worked so well because of the organic nature of the performances. Obviously Jimmy Page was playing Jimmy Page so there’s no issues in authenticity on the guitar side. However, what really drove the performances was Chris Robinson’s interpretations of the material. Robinson sang like Robinson. The singer’s rock and blues soulful spirit fueled the vocal performances of classic Led Zeppelin material in a way that paid  homage to Plant without sacrificing spirit or authenticity.

Filmmaker Davis Guggenheim scored big time in 2008 when he was able to recruit Jimmy Page , The Edge, and Jack White to star in his documentary It Might Get Loud

. The film offers a deep and fascinating look at the history of Jimmy Page’s developments as a guitar player and songwriter. The interaction between the three artists at the end clearly depicts their interests in each others guitar techniques. This documentary It Might Get Loud

should not be missed.

Outrider is Jimmy Page’s only true solo album of his career. The album was released in 1988 on Geffen Records. The album featured three different lead singers including Robert Plant on one track entitled “The Only One.” John Miles who is a favorite here at ClassicRockHistory.com but who is not well-known in the United States as compared to his popularity in Europe sang lead on the tracks, “Wasting My Time” and “Wanna Make Love.”  Chris Farlowe who is a legendary English blues rock soul singer,contributed the lead vocals on the tracks, “Hummingbird”, “Prison Blues,” and “Blues Anthem (If I Cannot Have Your Love…).” The album also featured Jason Bonham on drums.

The Firm was the only post Led Zeppelin band that Jimmy Page ran that toured and released more than one album. The band was formed in 1985 and released their first album in February of that year. The band featured Jimmy Page on guitar, Paul Rogers on lead vocals, Tony Franklin on bass, and Chris Slade on drums.

All the songs on the first album were originals written by Jimmy Page and Paul Rogers . The lone exception was a cover of the The Righteous Brothers, You’ve Lost That Lovin’ Feeling. ” The band’s second album was released a year later in 1986. The Mean Business album featured the same lineup found of the band’s debut album.  The band broke up in 1986, only a year after they first formed.

In 1984, Jimmy Page appeared on the The Honeydrippers: Volume One Ep

which represented Robert Plant and his all-star bar band for lack of a better description. And what an All Star band it was. On drums was a young fusion jazz drummer named Dave Weckl who would become one of the most exciting jazz drummers of the modern era. Paul Shaffer

of Late Night with David Letterman

performed on bass. And besides Jimmy Page on guitar, the band also featured another ex-Page bandmate; Jeff Beck.

While there has never been any new Robert Plant, Jimmy Page Led Zeppelin compositions released since the band broke up in 1980, there was the short-lived Plant Page experience of 1994 and 1998. In 1994, Robert Plant and Jimmy Page released the No Quarter

Cd which was a re-imagining of famous Led Zeppelin songs that the two performed at an airing of the popular MTV Unplugged series.

. The CD Walking into Clarksdale

featured twelve new Robert Plant Jimmy Page compositions. The music on the album sounded more like the Middle and Southern sounding music that Robert Plant had explored on his solo albums, than the heavy sound of the Led Zeppelin years. Nonetheless, it’s the only album of original material composed by Robert Plant and Jimmy Page together outside of Led Zeppelin.

When Led Zeppelin’s catalog was first issued on CD at the dawn of the digital age, fans were extremely disappointed in the sound quality of the discs. Yes, they were pretty bad. Subsequent issues were remastered using developing technology that resulted in far better sounding CDs.  In 2014, Led Zeppelin fans were presented with brand new reissues of the entire original Led Zeppelin catalog. Led Zeppelin fans were caught by surprise when it was announced that the new round of reissues would contain bonus tracks.

Each album would contain the original remastered CD plus an additional CD containing various outtakes, alternate versions, and alternate mixes. Jimmy Page had given Led Zeppelin fans an inside look at Led Zeppelin’s creative process. The reissue of Led Zeppelin I

actually contained an entire live concert which is unbelievable because Led Zeppelin has rarely released any of their thousands of live shows on CD or vinyl.

Jimmy Page’s work on the remastered deluxe Led Zeppelin catalog release series is our choice to come in at number one on our top 10 Jimmy Page Projects list. How could it not be? Led Zeppelin was the most thrilling band in rock and roll history. A band with the stature of Led Zeppelin deserves to have their catalog treated like gold. The efforts that Jimmy Page put into the spectacular deluxe Issue campaign has culminated in every day being a Celebration Day for Led Zeppelin fans. 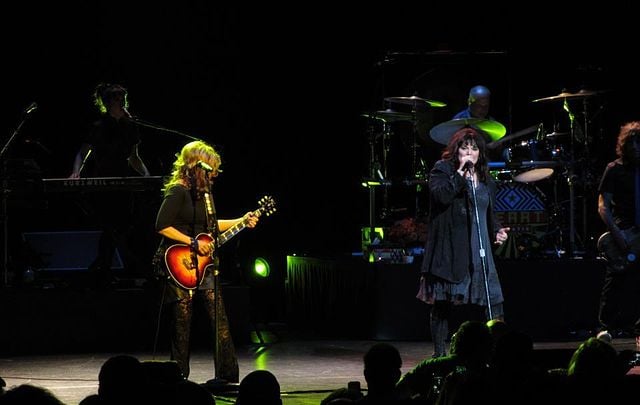 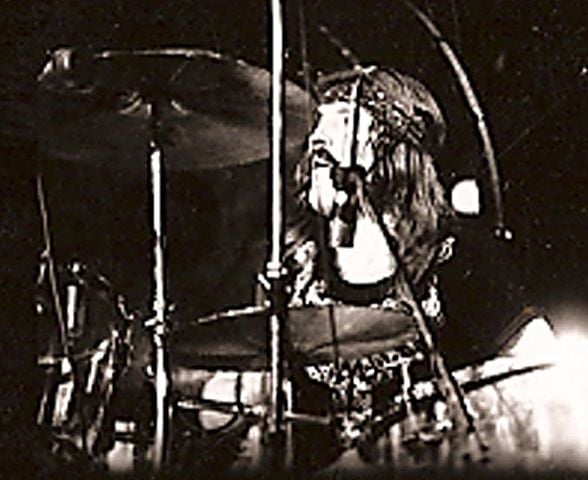 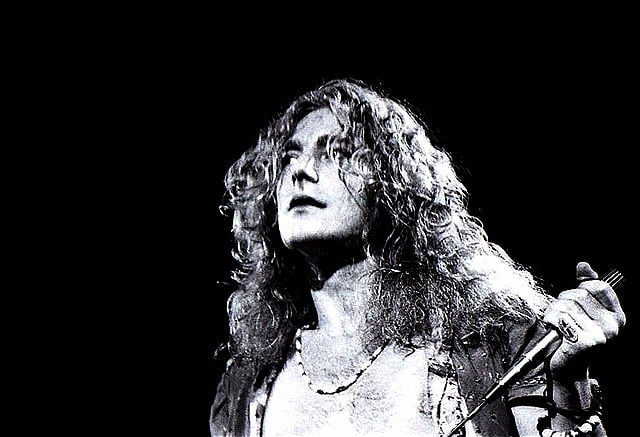