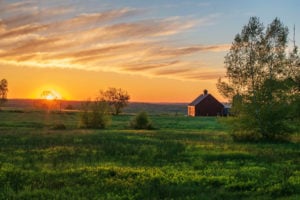 Even though we travel to magical lands around the world, most can agree to the claim that there is no place like home. For many, a home is a place full of tranquility, love, and the warm feeling of being surrounded by our loved ones. Of course, there is more to the word home than the heart-warming feeling we experience when we think or visit the place we call home. The sense of belonging tops the list of all great things associated with a home. However, is that all we have to say about this word “home?”

Not really! When we talk about home in this context, open your mind to think of a place that offers a sense of belonging both literally and figuratively. After all, there is more to a home than just walls and family members. The new definition of a home rises above the cliché of the walls (read a house) and family members and now accommodate friends and loved ones even without a permanent house to visit.

We all hail from different backgrounds, and this has gifted us varied memories about this fundamental haven called home. While many have had positive experiences, it is sad that we have had some not give the best of the narratives about home. This has not prevented singers and lyricists from expressing their feelings and perceptions about home. Our top 10 songs about home draw from a pool of experiences and diverse perspectives about this have from a number of top artists.

Ushering us to the top 10 songs about home is Troye Sivan’s masterpiece “SUBURBIA.” The song is one of the best releases from his debut album Blue Neighborhood (2015). Troye Sivan explained that he hails from Perth, one of the isolated cities of Australia. Many described the place as a town that doesn’t evolve. However, for Troye Sivan, the little changes matter, like his brother growing taller. Troye’s family comes first since he obtains a sense of belonging here.

“She’s Leaving Home” is a powerful ballad featured on The Beatles’ album Sgt. Pepper’s Lonely Hearts Club Band (1967). The song was inspired by a story the band’s lead singer Paul McCartney read on the papers about Melanie Coe. Seventeen-year-old Coe was a girl who chose to leave everything at her home and run away. Her motive was to be with her boyfriend leaving her dad in amazement since she had all she would ever need as a teenager. However, it turns out she needed a new place to call home, and that’s in the arms of her boyfriend.

In the late 1990s, “Back Where I Come From” by Kenny Chesney was a massive release. However, many don’t realize that this song was initially released by Mac McAnally in 1990 on his album Simple Life (1990). The song alludes to loving and appreciating the environment that one grew up in. This comes with reminiscing moments you made in your youth and childhood in this special place called home. Despite being a cover, this country ballad brought Kenny Chesney success. “Back Where I Come From” is one of the covers that sound better than the original releases.

#7 – “Home Is Where the Heart Is” by Elvis Presley

“Home Is Where the Heart Is” by Elvis Presley takes us back to the introduction of this articles. We mentioned that we all have different perceptions about home, and Elvis Presley tries to put these words in a song. For him, home is more than just a structure! Home for Elvis Presley is a feeling and not more of a place. From the lyrics, home is not a specific place, but anywhere he is alongside his loved one. The song talks more about the inner peace and tranquility of pure care, and love as the true definition of a home.

Number six on the top 10 songs about home is the hit “Homeward Bound” by Simon & Garfunkel. The song is featured on the music duo’s album Sounds of Silence (1966). “Homeward Bound” is a folk-rock ballad that finds Paul Simon contemplating about taking a ticket “childhood home” to Brentwood and at the same time longing to get to his “current home” in the United States. The song performed great on the charts peaking at number five on the Billboard Hot 100.

“Almost Home” by Mariah Carey is one of the favorite hits on our top 10 songs about home. The song leaves you with the feeling of reaching out and meeting your loved one. “Almost Home” was inspired by Mariah Carey’s twins Monroe and Moroccan. Her vocals in this hit ooze heartfelt emotions that speak more about her love for her loved ones.

John Mellencamp showcases his awe-inspiring songwriting skills with “Small Town,” one of the best releases from his debut album Scarecrow (1985). The song’s lyrics allude to his childhood experiences while growing up in Seymour, a small town in Indiana. “Small Town” was quite a successful release having it reach number six on the Billboard Hot 100. The song also performed great on the UK Singles Chart, peaking at number fifty-three.

Zac Brown teamed up with Niko Moon and Wyatt Durrette in penning the lyrics to “Homegrown,” a hit featured on Jekyll + Hyde (2015). This euphoric hit finds Zac Brown singing about satisfaction with life in his hometown Georgia. As earlier said, home is more than just a structure of walls (read house). Zac Brown proves this by mentioning that his happiness comes when he is with his good-looking woman and amazing friend. The song peaked at number thirty-five on the Billboard Hot 100.

#2 – “The House That Built Me” by Miranda Lambert

“The House That Built Me” by Miranda Lambert saw her add more fame to her name with the song rise to the peak of the Billboard Hot Country Songs. The song alludes to an emotionally distraught traveler who visits her childhood home hoping to turn back to her young self. All this is done in a bid to rejuvenate her life. In this hit, a sense of belonging is turned to a sense of restoration, proving how much one’s home can do. The song saw Miranda Lambert receive a Grammy Award for the Best Female Country Vocal Performance in 2011.

Number one of our top 10 songs about home is the hit “Sweet Home Alabama” by Lynyrd Skynyrd. The song is featured on the rock band’s sophomore studio album Second Helping (1974). “Sweet Home Alabama” was penned in response to the 1970 song “Southern Man” by Neil Young. The Neil Young songs has many different interpretations but Lynyrd Skynyrd did not like it.  However, Lynyrd Skynyrd views the South, specifically Alabama, as a sweet home where the members yearn to be.

Top 10 Songs From The Move