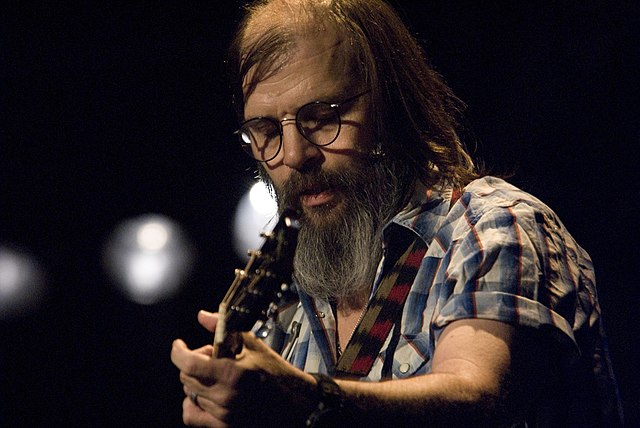 Our Top 10 Steve Earle songs list looks back at the songs of a brilliant artist who had rode the line between rock and country in such legendary artistic fashion. Raised in Texas, his Southern county roots have fueled so much of his music, yet it has always been done with a rock and roll meets Americana sensibility. His first full length album was released in 1986 entitled Guitar Town. Since then, Steve Earle has released over twenty studio albums while also winning some Grammy Awards along the way. He has also composed one of Ireland’s top 10 selling singles of all time. Our Top 10 Steve Earle songs list presents 10 of our favorite Steve Earle songs that we think will inspire you to check out the rest of his fantastic catalog of music.

Continuing with our Top 10 Steve Earle songs we turn to one of Steve Earle’s most successful albums that was filled with so many great ones. At number nine on our list we present the great track “The Devil’s Right Hand.” This one will haunt you. Gary Tallent of the Bruce Springsteen E Street Band was responsible for the arrangement behind the song. Ex Lone Justice vocalist and brilliant artist in her own right Maria McKee sang backing vocals on the record.

This lesser known Steve Earle song entitled “Go Amanda,” was released on his album Jerusalem. The album was released in 2002. The song “Go Amanda,” was co written with Sheryl Crow. You can hear Sheryl Crow’s songwriting style in the song’s very cool guitar groove. This is an awesome track that you can just play over and over again. There is also a bit of a Rolling Stones feel on this one

At number six on our top 10 Steve Earle songs list is a fan favorite and one of Steve Earl’s most magical songs that just simply says it like it is. Sounding a little like 90s Bob Dylan meets Tom Waits, Steve Earle delivered a grand album filled with blues infused tracks that were completely captivating. “You’re the Best Lover That I Ever Had,” was released on the album Terraplane in 2015. This was a very successful album for Steve Earle as it hit number one on the US Billboard Top Blues Albums Charts. He didn’t stop there. The album also broke the top 10 on the Billboard County Album Charts, Folk Music Charts, Independent Album Charts and Rock Music Carts. That’s a pretty successful record.

We could have filled this entire top 10 list with songs from Steve Earle’s legendary Guitar Town album. What a masterpiece that album is. However in order to present a wide variety of Steve Earle songs from various points in his career, we limited ourselves to only choosing two songs form the album. Our first choice was this beautiful song entitled “Someday.” The song was released as the third single from the album in 1986. It became a top 30 hit on the Billboard Country Music Charts.

And speaking of Guitar Town. At number three on our top 10 Steve Earle songs list is the albums incredible title track “Guitar Town.” Most Steve Earle fans will pick this one as their number one Steve Earle song. We would not argue with them. This is such a brilliant piece of music. Listen to that guitar lick that Steve Earle just keeps going back to throughout the entire song. One could just not get enough of it. “Guitar Town,” was a top 10 hit on the US Billboard Country Charts in 1986. Peaking at number seven, it became Steve Earle’s highest charting single of his career.

As we come almost to a close on our top 10 Steve Earle songs list we turn to a song entitled “Nowhere Road.” The song was released on the album Exit 0. The album and single served as the follow up to his Guitar Town album. Steve Earle did not disappoint his fans with this one. Everything about this one is great. The song’s groove, lyrics, melody and production are all first rate. Steve Earle were ready to follow up and become a big star.

Closing out our top 10 Steve Earle songs list we turn to a song released on Steve Earle’s Transcendental Blues album. This wonderful song entitled “The Galway Girl,” has an extraordinary Celtic vibe and melody and lyrics. It sounds like it was written many years ago. However, this was an original song written by Steve Earle in 2000. The entire country of Ireland completely fell in love with the song. In 2008, a cover version of the song was recorded by Mundy and Sharon Shannon who had also sang on the original Steve Earle version. Their version hit number one in Ireland and stayed there for a long time. Not only did it hit number one, over time it has become one of the biggest selling singles in the history of Ireland.  To have such great success in a country that celebrates music as such an enormous part of their culture is a testament in the highest fashion to the genius and brilliant songwriting skills of the great Steve Earle.