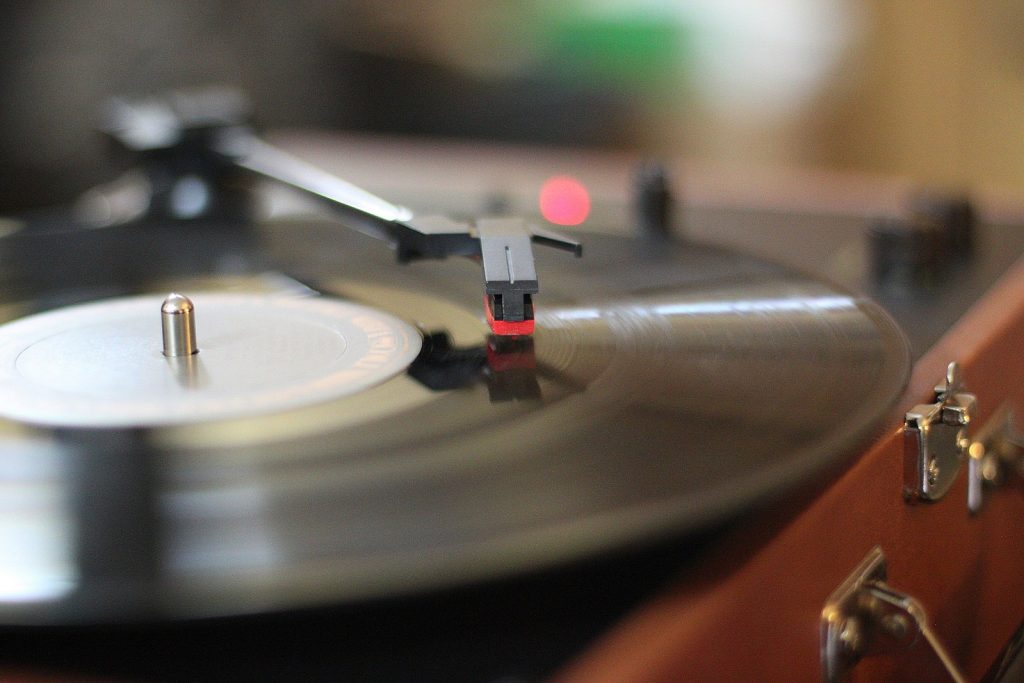 The surge in vinyl record sales took the music industry by surprise about seven or eight years ago. The sale of vinyl records was a format that was destroyed by the birth of the CD in the early 1980s. It was amazing how quickly CDs took over record stores within just a couple of years. At times, people were shocked to walk into a record store and find there were no more records. By the 1990s, with the exception of the mom and pop collectors, stores most major retail outlets no longer carried vinyl records.

When CDs first appeared on the scene vinyl purist argued that they did not sound as good as their vinyl counterparts. There was some truth to that. Early CD pressings sounded horrible. Did you ever buy a Led Zeppelin CD when they first came out? It’s unbelievable how bad some of those first pressings sounded. Nonetheless, new recordings that were being made at the time especially in the jazz fusion world sounded phenomenal. We also can’t forget how great the Springsteen live album Live: 1975-85

sounded. It was that title that put CDs on the map.

CDs dominated the industry for twenty years. Once they destroyed the sale of vinyl they also killed the sale of the cassette tape. As auto manufacturers started placing CD players in the cars, there was no more need for a cassette. Most of us figured we would live the rest of our lives with CDs as our prefered musical format. The only issue we ever had with CDs was the price. Old school record buyers and the general public were always able to buy new releases on vinyl or cassette usually for four to five dollars. CDs retailed between $16.99 and $18.99 per CD. Sale prices for most CDs usually hovered around $11.99. That was still a lot of money.

With the exception of “Bargain Bin Sales,” record companies never really lowered the price of CDs. That failure by record companies to lower CD prices left them vulnerable to a new format. The MP3 would become the technological spark that would burn the record companies and the artists that recorded for them. Of course, a little company called Apple also played a significant role in the demise of the CD.  Napster and all the other streaming formats both legal and illegal delivered the crushing blows to the CD.

Many people would argue that despite all the new technological advances in pop culture on the  the digital end, record companies refusal to lower prices of CDs played a significant role in the demise of the CD. The same issue is now happening with the resurgence of vinyl.

No one saw the resurgence in vinyl coming ten years ago. It was a format declared completely dead. Only DJs continued to use vinyl records and even in that area, the development of DJ equipment utilizing the MP3 format was wiping out the sale of turntables. Nonetheless, what was once thought dead came back to life in the 2010’s so unexpectedly. What was even more surprising, was the gender and age of those who helped bring it back.

The resurgence in vinyl sales was fueled by young female teenagers in middle school and high school. Clothing stores in malls across the nation began placing record players in their windows. These were clothing stores dominated by young females. The vinyl record players caught their attention. Like most fads, owning a vinyl record became very cool among young females. At first it was just a fad. It was about being cool and showing their friends they owned vinyl records. Consequently, something unexpected happened, or at least unexpected to those young teens. These young females began to experience what vinyl was really about. They began to notice the warm sound of the vinyl playing on a turntable. This was no horrible sounding compressed MP3 that they were listening to. Their ears were hearing music in a way that they had never heard before.

Remember the first time you heard a vinyl record? Do you remember experiencing that power when the needle was dropped onto the vinyl for the first time? Those magical notes began to play filling your mind, body and spirit with the power of music. Come on you remember! It wasn’t about hearing music through a pair of cheap headphones or what they now call earbuds. It was about listening to those drums, bass and guitars reverberating through a speaker and bouncing off the walls surrounding you. It was glorious. Apple music and those lousy iPods destroyed that entire experience. Now in the 2010’s, these young females were experiencing it for the first time and recognizing what their parents had always talked about.

Not only did these young females become aware of a completely new audio experience, they were now immersed in the simple concept of holding album art in their hands while listening to the music. The joy of gazing at album art and lyric sheets printed in a size that does not require high magnification reading glasses is a wonderful experience that had been gone too long. Now these young teens were the first generation in twenty years to be experiencing it for the first time.

Not only did these kids completely become engulfed in the vinyl record experience, they started to become collectors. EBay has always been the place for the past twenty years for vinyl record sales. On eBay vinyl record sales increased as music stores one by went out of business in the twenty first century. However, the gender and age group buying records on eBay for the most part had always been males over the age of forty. All of a sudden, young female teens were buying vinyl on eBay and other online outlets such as Amazon and indie online stores.

The used vinyl market was exploding. Record companies caught notice of all of that and began issuing new releases of major artists on vinyl.  These new releases printed on vinyl were not cheap. They cost more than CDs. However, most new vinyl records were released around the twenty dollar mark. Expensive, but still not out of hand, yet!

on record? No problem.  They have all been reissued. Only problem is, it’s going to cost you between forty and seventy dollars for each brand new album depending on where you purchase them and what edition you purchase. I walked into a Barnes & Nobles this week and was astonished at the amount of vinyl records on display. It was so wonderful to see bins and bins of new vinyl. However, it was so sad to see how expensive every album was priced. The profit margin seems to be so much bigger on two record sets than single album releases, so record companies are producing many two record sets.

In a report just published last month by the Recording Industry Association of America, it was argued that in 2019, vinyl sales will outsell CDs for the first time. Well, one walk around a Barnes and Nobles music department that is covered by about 70 percent vinyl as opposed to 5 percent CDs would back that claim. Nonetheless, as a long time buyer of vinyl for close to fifty years, I walked out of that Barnes & Nobles without purchasing a single record. There was no way I was going to pay thirty or forty dollars for a vinyl album. Especially a vinyl album that is mastered from digital sources (a deep argument for another article).

Record companies will argue that the price of vinyl is high because they just don’t sell enough. It’s a completely valid argument to a certain extent. They made that same argument with CDs when they first came out. However, when CDs exploded, the record companies kept those prices high regardless of huge sales. Nonetheless, the law of supply and demand caught up to the record companies when it was too late. We feel it’s about to happen again. According to the Record Industry Association of America, physical sales count for less than ten percent of music purchases across the board.* Interestingly, physical and digital sales are on a equal footing counting for about nine percent each of music purchases. In 2019, eighty percent of music sales are done through streaming.

The resurgence of vinyl has most definitely cut into digital sales. However, the high prices of new vinyl has prevented many longtime music fans from purchasing old releases and even brand new releases from their favorite artists. Will the fad among teens continue? As history shows, teen fads always fade away into the next big thing. The record companies have their chance right now to entice old school music fans to start buying vinyl again. However, those high prices will send old fans right out the doors empty-handed. Just as the record companies have the chance to bring it all back, industry executives are failing to see the big picture. In the old days people who purchased records did it on a weekly basis. They were affordable. They brought us into the stores all the time.

The high price of vinyl records now in 2019 make those purchases more like souvenir gifts. Parents are not going to let their kids spend $40 on a vinyl record every week. Vinyl prices with lower and more affordable prices would get people to return to the record stores on a more consistent basis. Buying vinyl would become part of their lives once again. Vinyl record buying is an addiction. However, unaffordability is an easy cure. Those high prices will undoubtedly cause record companies to destroy vinyl record sales once again. This time probably for good.