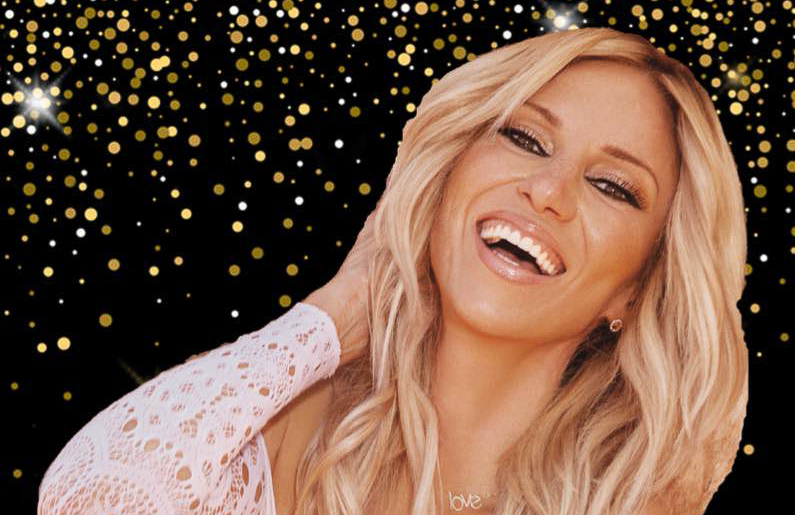 Our Top 10 Debbie Gibson Songs list takes a look at one of the youngest singers to score a number one hit single. She has written all of her hit songs. She has been awarded songwriter of the year by ASCAP. She was born Deborah Ann Gibson on August 31, 1970. The singer rose to fame in the 80’s. Gibson competed with the likes of Tiffany, New Kids On The Block, Tommy Page as well as other teen 80’s pop acts. Gibson had a wholesome image that made her a good role model for teenage girls. She is the youngest female artist to have written, produced and performed a number one hit single. She is in the Guinness Book of World Records for accomplishing this feat. In addition to all of this, she is a musician. She played the piano in her songs.

Let’s talk about her discography. Her first album Out of the Blue was released in 1987. It received positive reviews by the critics. The album peaked at number seven on the Billboard 200 charts. She wrote every song on this album. It features the singles “Only in My Dreams,” “Shake Your Love,” “Red Hot,” “Out of the Blue,” “Foolish Beat” and “Staying Together.” The album sold over five million copies.

Her second album Electric Youth came out in 1989. She could have faded after the first album, but she managed to have another successful album. In fact, this album peaked higher than her first album. It peaked at number one on the Billboard 200. It features the hit singles “Lost in Your Eyes,” “Electric Youth,” “No More Rhyme” and “We Could Be Together.” “Lost in Your Eyes” became the biggest single of her career. The album sold over four million copies. She went on tour to promote the album. She started a perfume line called Electric Youth.

She released her third album Anything Is Possible in 1990. The album peaked at number 41 on the Billboard 200. This project didn’t match the success of her previous albums. She wanted to change her style of music on this album. She was 20 years old and wanted a more mature sound for the album. It features the singles “Anything Is Possible,” “(This So-Called) Miracle,” “One Hand, One Heart,” “One Step Ahead,” “Sure” and “In His Mind.” The album sold over 500,000 copies.

She released her fifth album Think with Your Heart in 1995. The album peaked at number 46 in Japan. It features the singles “For Better or Worse” and “Didn’t Have the Heart.” The album sold 25,000 copies in the U.S.

Gibson released her sixth album Deborah in 1997. She returned to her pop roots with this album. It features the singles “Only Words,” “Moonchild” and “Naturally.” “Only Words” was a Top 40 dance hit. The album sold over 20,000 copies in the U.S. In 2001, she released her seventh album M.Y.O.B. She released this album on her own label. It features the singles “What You Want” and “Your Secret.”

The next song on our Top 10 Debbie Gibson Songs list is the optimistic “Anything Is Possible” from the album of the same name. This song has an r&b and dance pop sound. This is a positive song that can be interpreted in different ways. It can be about love surprising you or it can be about believing in your dreams. It depends on your interpretation of the song. This is another mature song for Gibson. She uses a more r&b and dance sound for this track. The music may be a different sound for her, but she doesn’t stray from her good girl image with this song. Lyrically it sounds like something that would have been on her first two albums.

The music is energetic and infectious. The guitar riffs are understated. They aren’t too loud and don’t dominate the music. The beat is addictive and designed to get you out your seat. She utilizes her lower register for the verses. She sings with confidence when she sings the chorus. The background vocals are stellar. The background vocalists sound soulful and do a great job supporting her.

This charming song is from the Out of the Blue album. The song has a pop sound. This is a straightforward song about a guy wanting to leave her, but she doesn’t want him to go. She’s sassy in this song. She is determined to keep her man from leaving her even though he wants to go. This is a fun song that will have you dancing. It’s hard to believe that a teenager is singing a feisty song like this. The music is light and breezy. It definitely has an 80’s feel to it. It sounds a little dated, but it’s still catchy. The song has a great saxophone solo that gives the music a funky beat. She uses her signature soprano vocals in the song. She has control while she is holding notes throughout the song. She does an amazing job with her vocals.

This melancholic song is from the Electric Youth album. This song has a pop and adult contemporary sound. This is a touching ballad about her being sad when she realizes that her relationship isn’t working out. This song is appropriate for her age. She was a teenager when she wrote this song. She managed to write a song that can be relatable to anyone in this situation regardless of his or her age. It says a lot about her writing talent that she was able to write such a compelling song at a young age. This song proved that she is capable of singing more than just upbeat dance songs. She has the vocal chops to sing a ballad. Her voice is pristine and pure. She starts the song off soft and smooth and then soars towards the end of the song. She holds an impressive note in the bridge of the song.

The instrumentation of the horns and guitars are on point. The drumbeat is phenomenal. The keys are masterful. Everything about the music works. There is no way to sit still through this peppy song. Gibson’s vocals are peppy to match the music. She sounds harmonious in the bridge when she ad libs. She also belts in the hook. The only complaint about the song is the message has the potential of getting lost because the music may distract you from the meaning of the song.

The next song on our Top 10 Debbie Gibson Songs list is “Out of the Blue” from the album of the same name. This song has a pop sound. This is a sentimental song about falling in love unexpectedly. This is a strong pop song with a catchy pop beat. Here is some trivia about the song. Gibson was 16 at the time when she wrote this song and didn’t know anything about love. You would never know that she didn’t know anything about love because she sounds convincing while she is singing about it. This is a testament to how good of a writer she is. She was able to write a song about love despite not being in love. The vivacious music is a great accompaniment to the lyrics. It has a great 80’s sound. The music will put a smile on your face because it’s so upbeat and peppy. Gibson does an incredible job on the keys. Her soprano voice sounds pure and sweet.

This upbeat song is from the Out of the Blue album. This song has a pop sound. This is a love-obsessed song about her not being able to get over the guy she likes. This song is relatable to anyone who can’t get over someone. It is suitable for teens as well as adults. The music has a feel-good pop beat. It is perfect for dancing. It has the perfect 80’s sound. The musical arrangement is through the roof. The musical break in the bridge is impressive. Gibson sings the verses in a lower register while she sings the chorus in an upper register. She sings in time with all of the beat changes. She takes vocals risks by holding notes in the song. She sounds similar to Madonna in this song.

This imaginative song is from the Out of the Blue album. This song has a dance pop and freestyle sound. This is the song that introduced the world to Debbie Gibson. This is the perfect choice for her debut single. This is a fantasy song about being with someone in her mind. It is the prehistoric “Fantasy” by Mariah Carey. The song has peppy lyrics that lead into a monstrous chorus. Teenage girls fell in love with this song because it was close to home for them. It gave them the idea that they can be in love with someone even if it was just in a dream. It’s hard to believe that a 16 year old wrote a song like this when she wasn’t in love with someone at the time. She sings the song with so much passion and emotion that it’s easy to forget that it’s a teenager singing the song. The music is cheery and bouncy and the perfect marriage with Gibson’s vocals.

This heartbreaking song is from the Out of the Blue album. This song has a pop sound. This is Gibson’s first number one song. It is the song that put her in Guinness for being one of the youngest artists to ever write, produce and sing a number one song. This is an emotional song about losing the guy she loves and not wanting to be in love again. The lyrics are tailor made for a teenager, but adults can also relate to this song about heartbreak and losing your first love.

Here is some trivia about the song. Gibson wanted George Michael to produce this song. She wrote him a letter asking him to produce the song. When it went unanswered, she decided to produce it herself. You can tell George Michael was the influence of this song because it sounds like “Careless Whisper” by Wham. This song has a smooth and jazzy beat. The saxophone solo makes the song sound sensual and even more like Wham’s hit single. Gibson’s vocals are strong and composed with the music. She sings this in a lower register. She harmonizes well in the bridge before the last chorus. This song is flawless and could have easily been number one on this list.

The number one song on our Top 10 Debbie Gibson Songs list is the romantic “Lost in Your Eyes” from the Electric Youth album. This song has a pop sound. This is a sentimental song about her falling in love and looking forward to the relationship. Here is some trivia about the song. She went out on dates when she wrote the song, but this song wasn’t about anyone in particular. She has an amazing talent for writing songs that aren’t about her. This pretty ballad showcases Gibson’s talent as a songwriter.

This is a mostly stripped song featuring Gibson on the piano. The soft music gives the listener a chance to focus on her beautiful voice. She sounds clear and crisp in her vocals. She is pouring her heart out as she is expressing the excitement she feels about her relationship. This song is truly outstanding. Everything about this song is impressive. It deserved to be number one on Billboard and number one on our list.