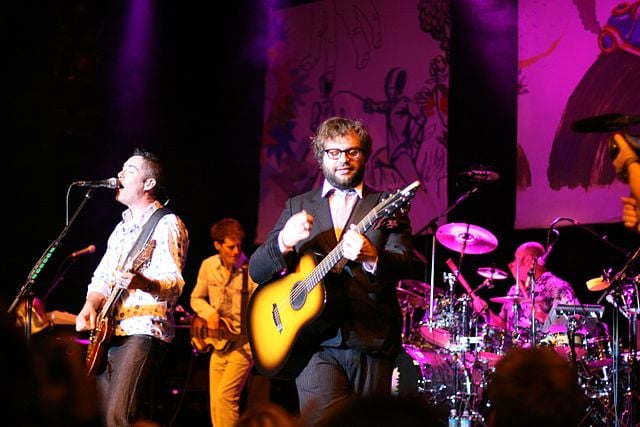 Establishing oneself in the music industry demands much effort and quality. And if that is not enough, you can also go the Barenaked Ladies’ way and have your brand’s name pull some attention for you. Our top 10 Barenaked Ladies introduces us to a Canadian rock band formed in Scarborough back in 1988. As funny as their name might seem to be, Barenaked Ladies developed a genuine following thanks to their input in music released. One of their most significant achievement is having their self-titled 1991 cassette become the first independent release to be certified gold in their nation. The rock band reached mainstream success in Canada following their 1992 debut album Gordon which featured quite a catalog of ballads. Having conquered the battle to entertain masses Canada, Barenaked Ladies were destined for more, having their brand’s fame spread to the United States. Here are the top 10 songs by the Barenaked Ladies rock band.

Introducing us to the top 10 Barenaked Ladies songs is their song “The Old Apartment,” which was the band’s first international trending ballad. All credit to this song that the band gained quite a following by many Americans. What followed later was the band’s first entry on the Mainstream Top 40 and Billboard Hot 100 music charts. According to Steven Page, the lead artists and electric guitarist in the song “The Old Apartment” was partly inspired by The Smiths “Back to the Old House.” With Barenaked Ladies accepted warmly by the American market, the band was destined for even greater success.

Written by Steven Page and Ed Robertson, the song “Be My Yoko Ono” was released by the band on their 1989 first demo tape Buck Naked. A second version of the song would later follow in their 1990 demo Barenaked Lunch. Their second version featured Jim Creegan and Andy Creegan on the bass and congas, respectively. The narrator in this jam explains that he would be willing to give up everything to be with the person he treasures and loves. He goes forward to compare their love between Yoko Ono and John Lennon. Probably not a bad way to express your love for somebody for those who always seek to know how deep your love for them is.

Released in their 1998 album Stunt, “It’s All Been Done” became one of the most successful songs by Barenaked Ladies, having its peak at the first position on the RPM Top Singles Chart. The song also became the band’s highest-charting ballad in Canada despite not having a great reception on the international levels. With the song’s theme being love, “It’s All Been Done” reviews the story of a couple who met before the fall of Rome. Sadly, it wasn’t meant to be having them have a date that went right, not having the lady get bored. Despite making love with the man, they split up, having the guy wonder if he will ever meet the lady again.

Tributes and covers never get better than with the Barenaked Ladies rock band. Featured in their 1992 album Gordon is the song “Brian Wilson,” a tribute to The Beach Boys’ cofounder, Brian Wilson. Lead artist Steven Page wrote the song owing to his admiration of Brian Wilson as a visionary and songwriter, with The Beach Boys’ being quite an inspiration in his music journey. Bruce Wilson actually loved the song having him visit the band in the studio and surprising them with his version of the song, which they were amazed by.

Once you hear the starting line of the song, you always know that an episode of “The Big Bang Theory” is coming next. Owing to their success, Barenaked Ladies were tasked with creating and recording the song specifically for the show. And there was nothing better than having the band called again to the megahit series to compose an acoustic version of the song for the final episode of the show. Quite a fat cheque for the band and a pat back for their great composing skills, we can all agree.

Proving to be resilient to withstand the dynamic and ever-evolving world of music, Barenaked Ladies have come such strong decades after their debut to release hit songs after hit songs. The best way to explain this is by their song “Odds Are” from their 2013 album Grinning Streak. Released as a promotional single, “Odds Are” is the theme song for the Working the Engels TV show. Thanks to the lyrical prowess of songwriters and band members Ed Robertson and Kevin Griffin. The final touch of award-winning producer Gavin Brown could not have been better than in this song which rose high in the Adult Contemporary charts.

Coming in at number three is “Pinch Me,” a song from Barenaked Ladies’ 2000 album Maroon. Written by Steven Page and Ed Robertson, the song was one of the band’s greatest jams, having made great moves in the music charts. The song was written following the success of their album Stunt internationally but with low reception in their homeland. You ought to love Ed Robertson as the lead artist in this song, having him unlock quite some great potential of what the band had in store for us. Steven Page’s fans can smoke out the sweet backing vocals he throws in the song “Pinch Me.”

What would you do with a million dollars? Probably, this might not be enough for all your fantasy needs. However, if you practically have no idea, you can turn to Barenaked Ladies for some. Composed by Steven Page and Ed Robertson, the song is one of the most popular ballads coming from their album Gordon. The song hints at romantic intents having its lyrics offer quite some peculiar ideas on how one would spend a million dollars. You ought to love the turn-taking that happens in between the band members in the call and response song that received one of the best receptions ever for the Barenaked Ladies.

Coming in at number one is Barenaked Ladies’ most popular song, “One Week,” from their 1998 album Stunt. Written by Ed Robertson, the song is nothing but the best of what the Barenaked Ladies have offered the world. And statistics show it best having the song reach at the top of the Billboard Hot 100 remaining on the top spot for a week. The song was written with the concept being a fight between a man and a woman where the central character, the man, knows he is wrong but tries to save face.