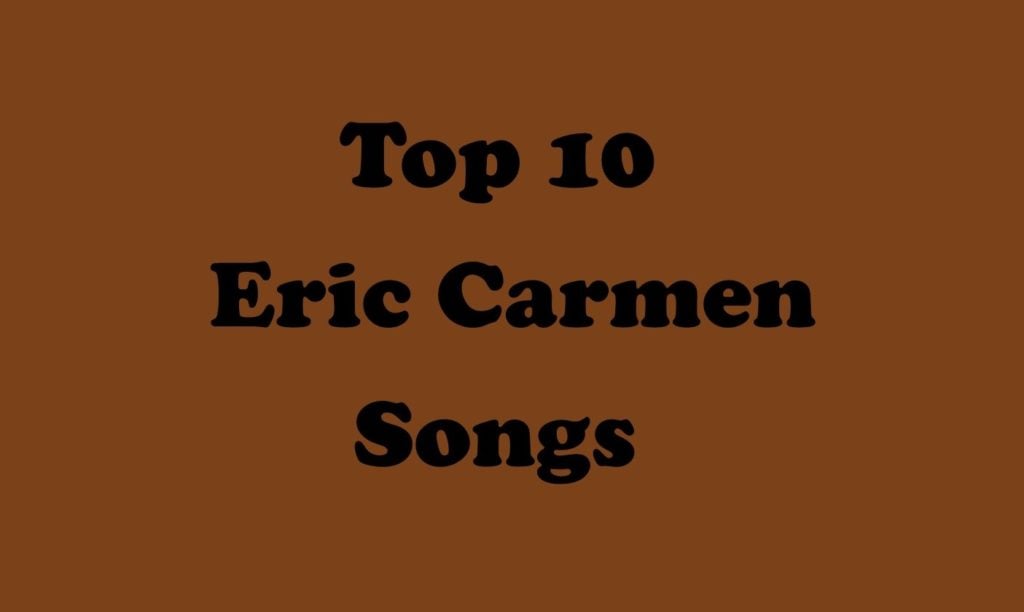 This Top 10 Eric Carmen songs list takes a look at the solo work of ex-Raspberries band member Eric Carmen. Eric Carmen was the driving force in many ways in The Raspberries. As time went on, it became apparent that Eric Carmen’s ability to write great songs, juxtaposed against his beautiful tenor voice, would lead to a successful solo career. After releasing four albums with The Raspberries from 1972 to 1974, Eric Carmen went out on his own in 1975. Eric Carmen’s solo career began with incredible success. His first solo album entitled Eric Carmen proved to be more successful than anyone would have imagined. It was one of the biggest selling albums of 1975 fueled by two huge singles. The album’s first single entitled “All By Myself,” went all the way to number two on the Billboard Hot 100. The follow-up single “Never Gonna Fall In Love Again,” just missed the top twenty peaking at number twenty two.

Eric Carmen followed up his debut album with his sophomore work Boats Against The Current. I will never forget buying that album the day it was released and listening to the title track. It was one of the most beautiful songs I had ever heard. While Eric Carmen had been responsible for writing so many big hits for The Raspberries from “Go All the Way,” to his solo hit “All By Myself,” the song Boats Against The Current was on an entire different artistic level. It was no way as successful as his other hits, but it was a career defining moment for the man.

Eric Carmen’s next three albums did not do as well as his first two solo albums. In 1978 he released the album Change Of Heart. Music had changed so much since 1975 with bands like The Ramones, Blondie, Talking Heads, and Devo dominating rock culture and radio in a battle with the superstars of disco like Donna Summer and The Bee Gees. Eric Carmen’s sweet melodies and pop hooks struggled for airplay at the end of the decade. In 1980, Eric Carmen released the album Tonight You’re Mine. The album yielded one top 100 single with the song “It Hurts Too Much.” The song peaked at number seventy five on the Billboard Hot 100 in 1980. The most successful song that Eric Carmen composed in the late 1970s was the success that his track “Hey Deanie,” found when Shaun Cassidy covered it.

Eric Carmen disappeared from the music business for the first half of the 1980s. In 1984, Eric Carmen released his fifth solo album entitled Eric Carmen. The album yielded Eric Carmen’s first top 40 hit in almost five years with the lead single from the album entitled “I Wanna Hear It from Your Lips.” The song peaked at number thirty five on the Billboard Hot 100.

Never count musical legends out. Time and time again we have seen musical artists make major comebacks in pop culture almost twenty years after their careers began. In 1987, Eric Carmen celebrated the second biggest hit of his career with the song “Hungry Eyes.” The song was released on the soundtrack to the massively successful movie Dirty Dancing. The song went all the way to number four on the Billboard Hot 100. Eric Carmen’s only other song for his career to chart higher than “Hungry Eyes,” was his big 1972 hit “Go All The Way,” which reached number two on the Billboard Hot 100.

In 1988, Eric Carmen would trump his commercial success with the song “Hungry Eyes.” His single Make Me Lose Control would peak at number three on the Billboard Hot 100 making that one his second biggest hit of his career. The song also hit number one on the U.S. Billboard Adult Contemporary Tracks charts in 1988.

Eric Carmen would once again disappear from the public eye for most of the decade of the 1990s when grunge, metal, boy bands, hip hop and rap ruled the industry. Eric Carmen released the album Winter Dreams in 1997. The album was released only in Japan. It finally saw the light of the CD stores in the United States in 2000 when it was issued under the title I Was Born To Love You. The album would stand as the last new Eric Carmen studio album of his career. In 2013, Eric Carmen released the single “Brand New Year” which now stands as the least new recording released by Eric Carmen.

We open up our top 10 Eric Carmen songs list with the great single She did It. The song was the first single released from his 1978 album Boats Against The Current The song peaked at number 23 on the Billboard Hot 100 in 1977.

Continuing with our top 10 Eric Carmen songs list we turn to the big 1980s. The song was a bit reminiscent of Bruce Springsteen’s “Fire,” The song was released on Eric Carmen’s 1984 album entitled Eric Carmen.

Eric Carmen’s fun songs T”hat’s Rock and Roll,” was released on his debut album. It was placed perfectly as the second song on the album and just sounded right after the sweeping epic song “Sunrise.” Song placement used to be so important on vinyl albums. This was a perfect example of that.

Eric Carmen’s “Haven’t We Come A Long Way,” was an R&B gem that should have been a bigger hit than it ever was. One of our favorite Eric Carmen songs in the singers great catalog. The song was released on Eric Carmen’s 1978 album Change Of Heart.

Eric Carmen’s success with the song Hungry Eyes eventually led to his recording of this great song one year later in 1988. The song “Make Me Lose Control,” was another massive hit for Eric Carmen. The song peaked at number three on the Billboard Hot 100 making it second higest charting single of his entire career. The songs Drifters meets Phil Spector sound proved to be quite a success for Eric Carmen in 1988.

Eric Carmen’s big 1987 hit “Hungry Eyes,” was written by Franke Previte and John DeNicola for the film Dirty Dancing. The song was a huge hit. “Hungry Eyes,” reached all the way to number four on the Billboard Top 100 in 1987.

Eric Carmen’s “Sunrise,” was the opening track to Eric Carmen’s debut solo album in 1975. The song opens with an intense instrumental full of strings and a great guitar solo and then flourishes into a happy rock and roll track Eric Carmen style. This was an amazing album opener. You knew this was going to be a great album right away the first time you heard this one. I remember it like it was yesterday. The end of the song utilizes the same chords as Elton Johns “Love Lies Bleeding.” This album borrowed heavily from a lit of people including Eric Carmen himself.

Eric Carmen’s hit single “All By Myself,”was the artist biggest hit of his career including the songs he released with the Raspberries. Carmen had a little help with this one as he borrowed from Rachmaninoff’s  Piano Concerto #2 in C Minor, Op. 18. It was intentional borrowing in which Eric Carmen actually paid the Rachmaninoff estate twelve percent of the royalties from the song. “All By Myself has been covered by various artists over the years including Celine Dion, Frank Sinatra and Sheryl Crow.

Eric Carmen’s single “Never Going to Fall in Love Again,” was the follow-up single to his mega hit “All By Myself.” The song was not as successful as “All By Myself,” which was a top 10 hit. Nonetheless, it still made it all the way to number twenty three on the Billboard top 100 which is still a pretty big deal. Why is this one ahead of it “All By Myself?” Simply because we liked it a lot better. It may not be as complex or majestic as “All by Myself,” but the melody and the groove was one for the ages.

# 1 – Boats Against The Current

What may be surprising to many fans is our choice for the number one song on this top 10 Eric Carmen songs list. Most would have probably thought “All By Myself,” or even “Hungry Eyes” would have came in at number one. However this beautiful song Boats against the current is just too special not to place here in the number one spot. “Boats Against The Current,” was the title track to his 1977 album Boats Against The Current. It is one of the most heartbreaking breakup songs ever written. It’s genuine, its sad and it is an amazing work of art. 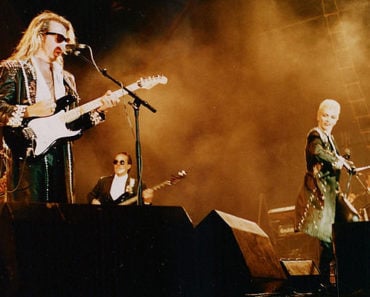 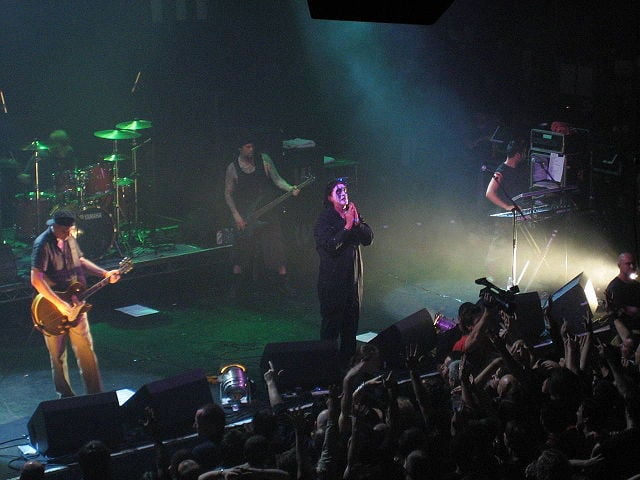 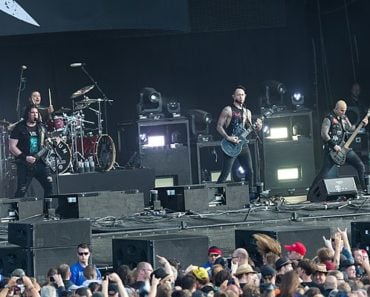 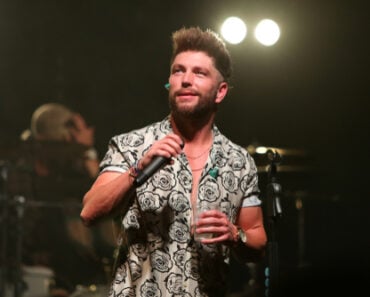 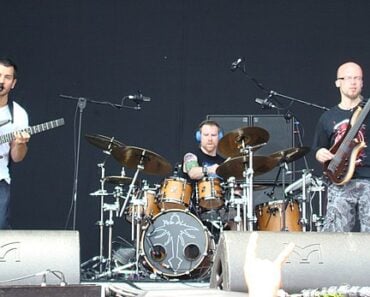 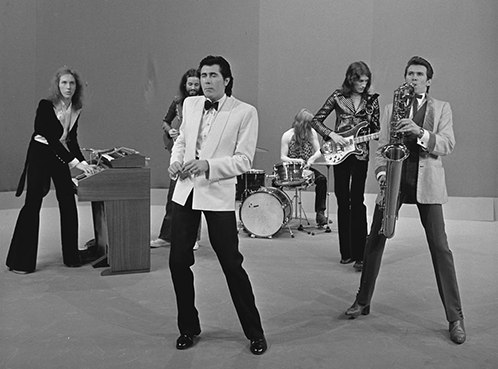