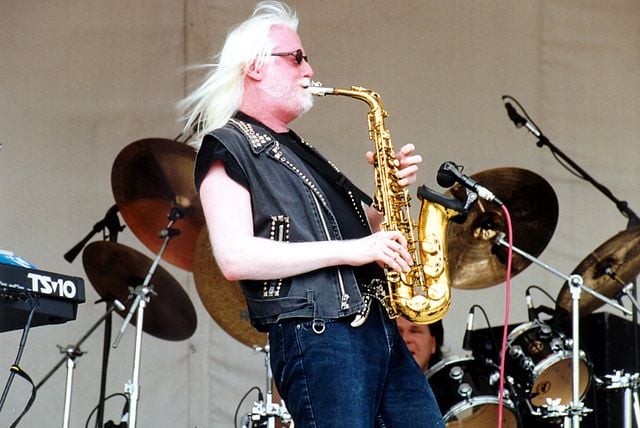 Our Top 10 Edgar Winter Songs list takes a look at a rock and roll blues musician who is easily one of the most underrated artists of the classic rock era. This past summer, I was standing in line during a Joan Jett and Boston concert at Jones Beach Theater waiting to buy your typical overpriced food. While standing in line, I  noticed a large sign promoting the upcoming Deep Purple / Alice Cooper concert. At the very bottom of the sign in small print was a promotion claiming that the Edgar Winter group would also be appearing. Now not to take anything away from Deep Purple or Alice Cooper, but in the early to mid-nineteen seventies, the Edgar Winter Group was one of the most famous bands in the world. Their album, They Only Come Out At Night reached the number three spot on the Billboard Top 100 albums chart. The album also featured the instrumental “Frankenstein,” which hit number 1 on the U.S. Top 100 singles charts.

So in the end seeing the Edgar Winter Group promoted on that concert poster in small type at the bottom was a bit upsetting. These guys deserved equal billing with Deep Purple and Alice Cooper. Edgar Winter has released an extraordinary body of work and has managed to put together some of the most exciting rock ensembles of the classic rock era. This is an artist who has had Ronnie Montrose and Rick Derringer as the guitarist in his band. His lead vocalist for a point in time was Dan Hartman. Edgar has recorded albums with his brother Johnny Winter who is regarded as one of the greatest blues guitarists to ever live.

Edgar Winter released his first album in 1970 entitled Entrance. He quickly followed up that album one year later with Edgar Winter’s White Trash in 1971. Edgar Winter released eight more albums throughout the 1970s. Edgar Winter continued recording into the 1980s, but only released two albums during his 1980s period with Standing On A Rock in 1981 and Mission Earth in 1986. In the 1990s Edgar Winter returned with a more consistent musical output releasing four albums, Not A Kid Anymore (1994), The Real Deal (1996), Live in Japan (1998), and Winter Blues (1999)

It’s so fitting to start out our Edgar Winters Songs list with this great blues track from the Edgar Winter White Trash album. Right out the start, the listener is greeted by Edgar Winter’s soulful saxophone playing. The song features a great horn section that sets the groove of the song and is featured half through with some heart-stomping soul-infused licks that burn baby burn. Released on an album of standout tracks on Edgar Winter’s sophomore record, “I Got News For You,” is our favorite track on this great record. The recording also featured Johnny Winter on guitar.

Coming in at number 9 on our Edgar Winter Songs list in the great track “Jump Right Out.” The song was released on Edgar Winter’s first album Entrance. That album was released in 1970. Eleven of the album’s twelve tracks were written by Edgar and Johnny Winter. The sole exception was the incredible cover of “Tobacco Road,” which shows up later on our top 10 Edgar Winter songs list. A song that the David Lee Roth Band featuring Steve Vai also recorded an amazing version of.

While Edgar Winter wrote and recorded many classic-sounding blues and rock songs, he also had an incredible knack for soulful pop-oriented songs. The reason behind the release of these pop nuggets was none other than the band’s guitarist Dan Hartman. The great songwriter, singer, and guitarist was responsible for so many of the great tracks the Edgar Winter Group released. Dan Hartman would also have a mega smash hit of his own later on with the number one single “Instant Replay.” The great track “Easy Street,” was also recorded by David Lee Roth of Van Halen for his first solo EP in 1984.

One of my favorite albums that I ever purchased in the 1970s was The Edgar Winter Group’s They Only Come Out At Night. Every song on the album was great and of course, it featured the band’s biggest hit of their career in “Frankenstein.” Nonetheless, the song I used to love listening to the most was the great party-themed song, “We All Had A Real Good Time.”  At the point in the song when the music breaks a bit and you can hear some very happy people in the background seeming to have a really good time, it made me yearn to join in. It was a happy song, it made me very happy listening to it, and well that’s just about it.

Dan Hartman’s influence in the band is very much prominent on the track “Tell Me In A Whisper.” It’s hard to believe that this is the same artist who has released some of the loudest and hardest rock and roll of the classic rock era. “Tell Me In A Whisper” is smooth jazz, its Herb Albert, its Michael McDonald, it’s all symbolic of a turning point in 1970’s popular culture. The year 1975 would become the year in which disco would begin to creep out of the underground clubs where it had begun about five years earlier and become a mass cultural phenomena. It was an interesting time. In the end while “Tell Me In a Whisper,” may be representative of the changes going on, it’s still just a great piece of music.

Edgar Winter’s version of “Tobacco Road,” is a much slower version of the song than most other versions of this classic song. There is a slow steady build-up from the start of the song to the end, but it creeps slowly wrapping its arms around you as the vocal hypnotizes you to the last note. And it’s on the last screaming vocal note that you realize this was one for the ages. The song was released on Edgar Winter’s first album Entrance and it still stands as one of the greatest Edgar Winter songs in his spectacular musical catalog.

If we were going to choose the greatest guitar riffs in classic rock history, there are a few that come to mind rather quickly. Jimi Hendrix’s “Foxy Lady,” Led Zeppelin’s “Whole Lotta Love,” Deep Purple’s “Smoke On The Water,” and of course hands down one of the greatest ever, Edgar Winter’s “Frankenstein.” However, Edgar Winter’s “Frankenstein,” was so much more than a rock instrumental that contained a classic guitar riff. “Frankenstein,” was one of the first songs to use the early synthesizer as a lead instrument. A song filled with drum solos and duets, synth breaks, and multiple changes became one of the most original and exciting rock instrumentals ever released. 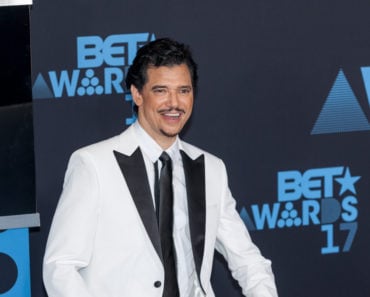 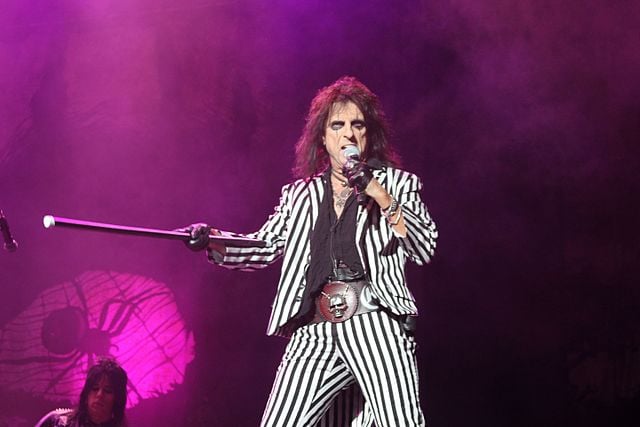 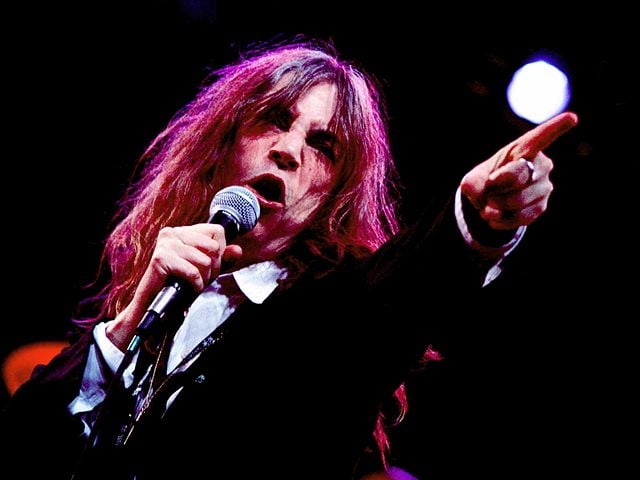 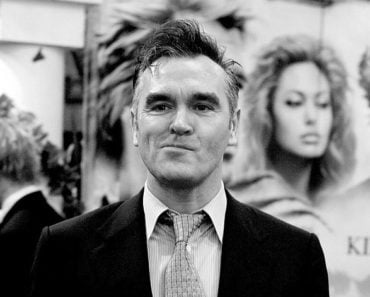