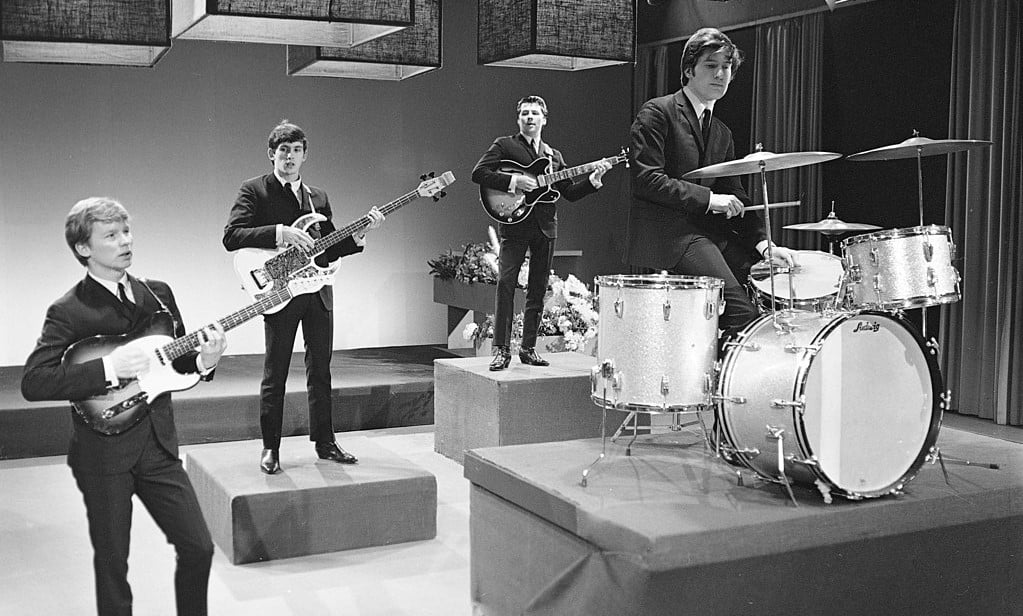 Our top 10 songs of the Searchers list takes a look at legendary Mercybeat band from the 1960s who were another group from the famous town of Liverpool. Along with groups such as Gerry and the Pacemakers, The Hollies, The Fourmost and of course The Beatles The Searchers were a part of the Great British Invasion of the early 1960s. The Searchers released their first album in 1963 entitled Meet The Searchers. The album featured musicians Mike Pender, John McNally, Tony Jackson, and Chris Curtis. Just like The Beatles and many of the other British bands including The Rolling Stones, The Searchers released different albums both in the United States and the United Kingdom. However, with most of the British bands, we always look at their UK releases as their standard issues. The Searchers released eight studio albums throughout their career. Also included in their release schedule was nine EPs and just about 30 singles. Nonetheless when one takes into account the United States releases and other releases around the world there’s just so much stuff released by The Searchers.

Continuing with our top 10 Searchers songs list, we present another lesser-known song by The Searchers called “This Empty Place.” The song was released on the band’s third album entitled This Is Us. It was never released as a single as the album featured two other big Searchers hit singles. Nonetheless, this great Burt Bacharach penned tune defines why it’s important to search out the Searchers original records. This one always reminded me a little bit of The Beatles “Things We Said Today.”

At number 8 on our top 10 songs by The Searchers list is the classic song “Take It or Leave It.” In many of the Searcher songs, there was always a bit of a haunting feeling to them. You can definitely hear that in this one. The song was released in 1966 on the album Searchers Smash Hits volume 2. The song had been originally recorded by The Rolling Stones

Man, I could listen to the Searchers all day long. Listen to those guitars and those vocals and just the way it all grooves together. Of course they sounded a lot like The Beatles like many of the other MerseyBeat British Invasion bands, but there was something a little bit different about the Searchers. The next song presented here entitled “Goodbye My Love,” was released in 1965. It was a top 10 hit in the United Kingdom peaking at number four. It did not do as well in the United States where it only reached up to number 52 on the U.S. Billboard Hot 100. However, it was also a top 10 hit in the Netherlands and Ireland.

The song “When You Walk In The Room,” is one of those great classic rock songs that has been done by so many different artists. That guitar hook is so legendary. From Jackie DeShannon to Bruce Springsteen to so many others, the song “When You Walk In The Room,” has always been a favorite among rock and roll music fans. The Searchers released their version of the song in 1964. It remains one of the best versions ever recorded of the song. In the United Kingdom, The Searchers version hit number three on the pop charts, it hit number two in Australia, and it was a top 40 hit in the United States.

At number three on our top 10 Searchers songs list is the classic tune “Sugar And Spice.” We present the mono version here which is also a little bit faster than the stereo mix. The song ““Sugar And Spice,”was released on the United Kingdom album also entitled Sugar And Spice. The song was a big hit in the UK peaking at number 2 on the pop charts. It was not as successful in the United States as is it reached only up to number 44. It was a top 10 hit though in Ireland, peaking at number six.