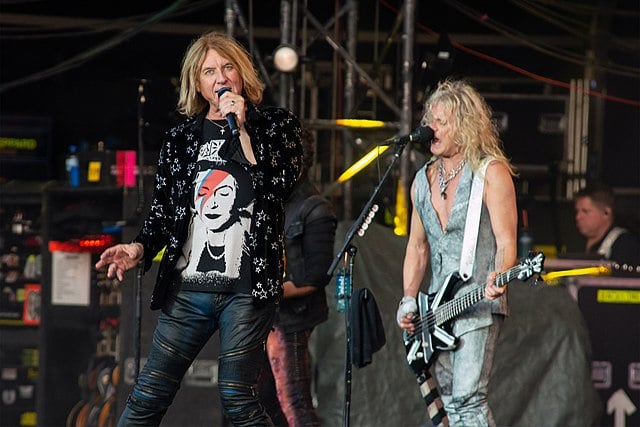 Our 15 Albums That Generated The Most Singles article presents a series of albums that all released at least seven singles. There are hundred of albums that released six singles, but when it comes to seven, the picking’s become quite slim. Most of the albums that release seven or more singles fall into the pop category. Harder rock bands with the exception of a few just don’t release many singles. This list may be surprising as to who is not on it as opposed to those who are. One might have expected to see bands and artists like Prince, Madonna, Huey Lewis, Hall & Oats, The Beatles, The Rolling Stones or even Elvis Presley. These were all artists that had great success on the pop charts. However, none of those artists ever released an album with more than six singles. As for The Beatles, we only counted the original U.K. studio albums. The U.S. versions were basically compilation albums of stand alone single releases and songs picked from various U.K. records. So many other artists also fall into that category.

We are not counting greatest hits packages or albums reissued in deluxe versions with more songs. This list only looks at original studio albums and the singles released from those records That is what this list is all about. The singles can be released in the U.S. or U.K. or both.  A single is a single, it does not matter what county it has been released in. However our gold standard for counting number one singles remains the U.S. Billboard Hot 100.

The second of three in a row from the legendary band Def Leppard. It’s amazing that this group released twenty one singles from just three studio albums. It defines how popular this group was in the 1980s and 90s. One of the most successful rock bands of all time that was able to merge the genres of rock, metal and pop into a sound that just about everyone loved. The Pyromania album was released in 1983. None of the singles made the Top 10 of the Billboard Hot 100. However, a couple of the singles did hit number one on the Billboard Rock Charts.

Continuing with our run of three Def Leppard albums in a row that released seven singles, we turn to the great Hysteria album. The popular album was released in 1987. This was by far Def Leppard’s most successful album on the charts. The album had three top 10 hits on the Billboard Hot 100. The album also spawned a number one hit on the Billboard Hot 100. A feat that is difficult for rock bands to do. The Hysteria album was released in 1987.

Katy Perry’s Teenage Dream album was not only one of the biggest selling albums of the 21st century, the album tied Michael Jackson’s record of five number one singles released from a single studio album.

Bruce Springsteen was never a singles artist until he released the Born In The U.S.A. album. In 1984 Bruce Springsteen became one of the most popular musical artists of all time. He already had an incredibly large loyal following of fans and had sold out concerts for years. Born In The U.S.A. just took him to a level of stardom equal to Elvis Presley. The album generated seven singles.

While most people might of thought that Thriller would be the album with the most single releases, the truth is Epic Records only released seven singles. There are many reasons for that. First off is the fact that this was an album released before the CD revolution. Albums were much shorter before CDs were introduced, The average album usually had between eight and ten songs with some exceptions in either direction. The Thriller album had only nine songs. Only two songs on the album were not released as singles. So in the end it makes sense. However, of course we should not forget the fact that Thriller is the biggest selling studio album of all time.  That pretty much trumps everything else. On one more note, all seven singles from the Thriller album were top 10 singles on the Billboard Hot 100.

Shania Twain had her moment in the sun with her smash album The Woman In Me. This album stands as one of the biggest selling albums of all time fueled by eight singles released from the record. The album was released in 1995.

Celine Dion’s album Let’s Talk About Love album rode the wave of fame and hysteria created by the motion picture Titanic. Fueled by the massive success of the movie’s theme song “My Heart Will Go On,” Celine Dion’s fifth album yielded eight singles.

Janet Jackson makes her second of three appearances on this list with her highly praised album Janet Jackson’s Rhythm Nation 1814. This highly successful album was released in 1989. The album generated eight singles. Out of those eight singles, incredibly seven of them broke the Billboard Hot 100’s Top 10. Four of them went all the way to number one.

Two in a row for Janet Jackson who had such an incredible run in the late 1980s and early 1990s. The very successful album entitled Janet was released in 1993. The album issued eight singles. Out of those eight singles released, six of them broke the Billboard Top 10. Out of those six, two of them hit number one on the Hot 100.

At number two and three on this list we have a tie between Michael Jackson’s Dangerous and Bad albums. Both albums released nine singles. Michael Jackson’s Dangerous album was released in 1991. The album spawned nine singles. Four of those singles broke the Billboard top 10. The album’s lead single “Black Or White,” was the only single from the album to hit number one on the Billboard Hot 100. Below is the list of singles from the album.

Michael Jackson’s Bad album comes in just a little ahead of Dangerous in this tie simply because the album celebrated more number one singles than Dangerous, even though both albums released nine singles. Of course, Bad was a much more popular and successful album than Dangerous. Five years in the making, (although it only took one year to record) Michael Jackson and his record company made sure to make as much money from this album as they could by releasing all these singles. The Bad album celebrated five straight number one singles breaking all records for the most number one singles from a studio album at the time

Just when we thought we had finished this list, another Mikey reminded us of this incredible album by Shania Twain. Thanks Mikey. This one tops them all, we think. Twelve songs released as singles counting both the U.S. and U.K releases. The album was released in 1997.

15  Albums That Generated The Most Singles  article published on Classic RockHistory.com© 2021