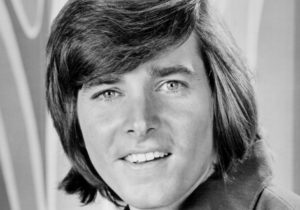 Before retiring from the entertainment industry in favor of becoming an emergency medical technician (EMT), Bobby Sherman was an American teen idol during the late 1960s to early 1970s. In 1970, Bobby Sherman was the most popular celebrity, receiving more fan mail than anyone else that appeared on the ABC Network at that time.

Bobby Sherman was born in Santa Monica, California, in 1943, but mostly grew up in a suburb in Los Angeles with his sister. In 1962, Sherman began his music career that would also launch him into acting. Both the singing and acting, while on the American Broadcasting Corporation’s network, had him appear as a regular on Shindig! and Here Comes the Brides. He’s also made guest appearances on a large number of different television series including American Bandstand, Honey West, and The Monkees. In 1974, after making a guest appearance on the series, Emergency! this would spark the fateful decision for Bobby Sherman to make a career change. Gradually, he stepped out of the spotlight, becoming an emergency medical technician.

Bobby Sherman also became a volunteer for the Los Angeles Police Department (LAPD). As a volunteer, he taught first aid and CPR to the paramedics of the department. Eventually, he became a technical Reserve Police Officer with the LAPD in the 1990s until 2017. He was later promoted to the police department’s captain. In 1999, Sherman was recognized as LAPD’s Reserve Officer of the Year, as well as a deputy sheriff with the San Bernardino County Sheriff’s Department. He retired from that post in 2010.

Also in the 1990s, Bobby Sherman made a comeback after spending approximately fifteen years away from the spotlight. For the first time in twenty-five years, he performed before a live audience as part of 1998’s Teen Idol Tour. The first half of Bobby Sherman’s discography before becoming an EMT has ten studio albums, five of which became certified Gold by the Recording Industry Association of America (RIAA). He also has twenty-three singles to his credit prior to his hiatus from the spotlight.

The song peaked on Canada’s RPM Singles Chart in 1970 at number nineteen, thanks to Bobby Sherman’s playful delivery of his performance. The inspirational message delivered throughout the song serves as a good motivational song for listeners who may be feeling a bit down.

“Cried Like a Baby” cracked into number ten on Canada’s RPM chart when it was released in 1971. The piano play featured a bit of the old west mixed within the soft, easy-listening vocals of Bobby Sherman makes this song an easy favorite. There’s even a hint of jazz that plays throughout, adding to the fun appeal he and the chorus perform powerfully.

“I’m Into Something Good” was first made famous in 1964 by Herman’s Hermits before Bobby Sherman performed the song as a regular cast member of the television show, Shindig! Both as an original hit and as a cover song, “I’m Into Something Good,” has served as the 1960s equivalent to a bubblegum hit classic, one which is too cheerful not to get caught up in its playful beat.

#7 – Our Last Song Together

Originally written and performed in 1973 by Neil Sedaka, Bobby Sherman’s coverage of “Our Last Song Together” served as a tearful goodbye as it was the last singe he’d perform before changing his career path as a public figure in entertainment in favor of becoming an emergency medical technician. For Sherman, his version of Sedaka’s song charted at number thirty-four on the US Billboard Adult Contemporary/Easy Listening Songs chart in 1975.

The playout of the stringed instruments, namely the violin and cello, seems to add a bit more drama to the ballad performance of “Jennifer,” a single that that peaked at number nine on the US Billboard Adult Contemporary/Easy Listening Songs chart in 1971. On the US Billboard Hot 100, it charted at number sixty and on Canada’s RPM Singles Chart at number thirty-two.

The US Billboard Adult Contemporary/Easy Listening Songs chart peaked “The Drum” at number two. Canada’s RPM peaked the hit single at number seven while the US Billboard Hot 100 charted the song at number twenty-nine. Playful, fast, and fun, the playout of the song makes it easy to toe tap, whether sitting down or standing up.

The song charted in 1969 on the US Billboard Hot 100 at number nine, on the US Billboard Adult Contemporary/Easy Listening Songs chart at number fourteen. In Canada, the RPM chart ranked the song as high as number seven. Upbeat, fun, and even inspiring, the cheerfulness behind Bobby Sherman’s voice shines through as he sings “La La La (If I Had You).” Already a teen idol at this point, this song added to his appeal among the female fans, both young and old, who couldn’t seem to get enough of him. The single sold enough copies to become certified gold by USA’s RIAA.

On the US Billboard Hot 100, “Julie, Do Ya Love Me” peaked at number five in 1970. It also appeared on the US Billboard Adult Contemporary/Easy Listening Songs chart at number two, and on Canada’s RPM and Australia’s ARIA at number three. It also appeared on the official UK Singles Chart at number twenty-eight. In the UK, Bobby Sherman’s version competed against the cover version, also recorded and released in 1970 by White Plains. The UK fans preferred the version of their fellow countryman’s performance, which had slightly less swing to it than Sherman’s version.

In the number one spot on our top 10 Bobby Sherman songs list we present the singer’s most popular song of his career entitled “Easy Come Easy Go.” In 1970, on the US Billboard Hot 100 chart, “Easy Come, Easy Go” peaked at number nine. On the US Billboard Adult Contemporary/Easy Listening Songs chart, it peaked at number two. Canada’s RPM charted the hit single at number six. This hit single became certified gold by USA’s RIAA. Fast, fun, and carefree, the song seems to match Bobby Sherman’s easy-going vocal performance he’s best known for.