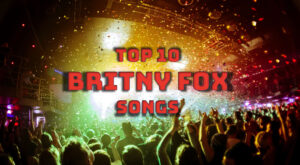 Britny Fox managed to secure a recording contract with Columbia Records assisted by Cinderella whose debut album, Night Songs had received critical acclaim, reaching Platinum status. However, in 1987, just before the band recorded its debut studio album, its original drummer Tony Destra lost his life in an accident. The heart-breaking incident only meant that the band would settle for a new drummer, banking its hope on Johnny Dee. Johnny Dee was a former member of the band Waysted, having him later record music with artists like Doro and Jack Frost. Britny Fox went on to record and release its eponymous debut studio album in 1988 which catapulted the band to mainstream popularity.

Britny Fox, the band’s debut studio album, marked a superb start for this glam metal/hard rock outfit. The album was critically acclaimed, rising to a high of number thirty-nine on the Billboard 200. Britny Fox went on to guide the band to commercial success, landing a Gold certification in the US. The band’s musicianship and John Jansen’s touch in the album’s production played a huge role in the success of Britny Fox. John Jansen’s excellent production work has seen him guide Faster Pussycat, Roger Daltrey, Alice Cooper, The Who, and Cinderella, among others, to similar or greater success.

“Long Way to Love,” was a minor hit for the band and remains Britny Fox’s only hit to ever make it to the Billboard Hot 100. Other notable musical gems from the album include the hit “Girlschool,” “Save the Weak,” and “Fun in Texas.” The success of the band’s debut album saw its reputation grow, landing major tour spots with artists/bands like The BulletBoys, Bon Jovi, Poison, Alice Cooper, and Warrant.

Motivated by the success of its debut album, Britny Fox issued its sophomore studio album, Boys in Heat the following year. Boys in Heat saw the band blend hard rock with its signature glam metal sound. The band had the album produced by Neil Kernon, a Grammy Award-winning producer known for his successful work with Brand X, Lynch Mob, Yes, 3 Inches of Blood, Labyrinth, and Nevermore. “Standing in the Shadows,” “Dream On,” “Stevie,” and a cover of Nazareth’s hit “Hair of the Dog” are the most popular songs by Britny Fox on this album.

Boys in Heat was Britny Fox’s last album to make it to the Billboard 200, peaking at number seventy-nine. The album was the last outing by Britny Fox with Dean Davidson as the lead vocalist. Dean went on to form a hard rock/blues rock outfit under the moniker Blackeyed Susan. Boys in Heat was barely commercially successful, which resulted in the band being dropped by Columbia Records.

In 1991, Britny Fox went on to release its third studio album, Bite Down Hard. The album was the first by the band to feature Tommy Paris on the lead vocals following the departure of Dean Davidson. Drummer Rikki Rockett of Poison is featured on Britny Fox’s cover of The Sensational Alex Harvey Band’s hit “Midnight Moses.” Ozzy Osbourne’s long-time guitarist Zakk Wylde plays an impressive guitar solo at the end of the hit “Six Guns Loaded.” While the album was not a commercial/mainstream success, it still managed to feature some of the best Britny Fox songs including “Louder.”

Unfortunately, the band went on hiatus in 1992 only to return in the 2000s. Britny Fox would eventually release its fourth and most recent studio album, Springhead Motorshark in 2003 through Spitfire Records. Springhead Motorshark blends the band’s usual glam metal sound with hard rock sound influences. “Is It Real?” and “Pain” are some of the most revered hits from the album.

While Britny Fox’s prominence in the music scene might have fallen over the years, the band remains one of the most sought-after glam metal outfits of the late ‘80s. “Long Way to Love,” the band’s lead single to its eponymous debut album made heavy rotation on MTV, rising to become Britny Fox’s signature hit. Unfortunately, the band’s attempt to diversify its glam metal sound with additional hard rock sounds failed to impress most of its fans. As a result, the band’s mainstream appeal and commercial success started diminishing with each album release. Nevertheless, the band still managed to release impressive hits as evidenced by our top ten best Britny Fox songs list.

Introducing us to the ten best Britny Fox songs list is the tremendous hit “Pain.” The song is among the notable musical gems from Britny Fox’s fourth and most recent studio album, Springhead Motorshark. Unlike melodic cuts from the album like “Is It Real?” “Pain” embraces more heaviness evocative of the band’s signature glam metal sound with few traces of hard rock. Of course, this is far from impressive juxtaposed to most of Britny Fox’s songs from the debut album. Nevertheless, we find it worth featuring on our top ten best Britny Fox songs list as a representation of the continued excellence of the band in the glam metal/hard rock scene.

Boys in Heat saw Britny Fox tone down on its glam metal sound adding hard rock influences in the hope of diversifying its musical pursuits for a stronger command in the mainstream. The move might not have worked as per plan, we all can agree on this! However, all wasn’t lost for the band having it churn out impressive ballads such as the remarkable hit “Stevie.” Former Cinderella guitarist Michael Kelly Smith oozes nothing but excellence on this hit. His guitar solo as the song approaches the end is just mind-blowing!

Coming in at number eight on our top ten Britny Fox songs list is the striking hit “Six Guns Loaded.” The song is one of the most sought-after tracks from the band’s third studio album, Bite Down Hard. Michael’s remarkable guitar skills can never be a cliché and “Six Guns Loaded” gives us an extra reason to love the mastery of his skills. However, Ozzy Osbourne’s long-time guitarist Zakk Wylde almost gives Michael a run for his money with his incredible guitar solo as the song approaches the end! More of Zakk and Michael would have catapulted the album to even greater heights!

Anthemic! That’s how powerful the hit “Save the Weak” feels from the beginning to the very last guitar riff. While we find more of the same in most of the band’s songs from its debut album, “Save the Weak” proves too powerful compared to most of the songs on the album, Britny Fox. The song feels quite poignant, especially when compared to some of the songs from the album like the catchy and upbeat cover of the hit “Gudbuy T’Jane” by Slade. Dean Davidson gives us an alluring vocal delivery on this charming hit proving to have been a strong pillar towards the success of the band’s debut outing.

#6 – Standing in the Shadows

In fact, his songwriting skills are part of the reason Britny Fox and Boys in Heat are the most sought-after albums by the band. The song’s killer guitar riffs prove once more why Michael was the band’s deserved lead guitarist. Johnny Dee’s astounding drumming skills are also noticeable in this hit.

Bite Down Hard, the band’s third studio album, is home to the fifth pick on our ten best Britny Fox songs list, “Louder.” Let’s talk about the quality of the replacement Britny Fox had following the departure of frontman Dean Davidson. Lead vocalist Tommy Paris’s vocals are not far from Dean’s in terms of quality. There is little to no difference between Tommy Paris’ vocals juxtaposed with Dean Davidson’s.

On “Louder,” Tommy manages to replicate Dean’s true passion and energy in his vocal delivery. While “Louder” is our best Britny Fox song from Bite Down Hard, Tommy had a different opinion, choosing “Closer to Your Love” as his favorite cut off the album. We can barely debate about his choice given his powerful vocal delivery of the song! Tommy almost sings his soul out in that gem!

The third pick on our top ten best Britny Fox songs list is the enthralling hit “Dream On.” “Dream On” is featured on the band’s sophomore studio album, Boys in Heat.  “Dream On” is the only song by Britny Fox from Boys in Heat to make it to the charts, rising to number thirty-four on the Billboard Mainstream Rock Chart. And no, this is not the same song as that famous Aerosmith song,

“Girlschool” never made it to the charts but still manages to beat “Dream On” on this list. The song’s music accompanying video was its secret armament towards its popularity in the mainstream. “Girlschool,” a song featured on the band’s eponymous debut album, saw its music video receive heavy rotation on MTV, a feat achieved by Britny Fox with the hit “Long Way to Love.” The song still showcases great musicianship by the band members of Britny Fox.

Number one on our top 10 Britny Fox songs list is the inspiring hit “Long Way to Love.” The song is featured on the band’s eponymous Gold-certified debut studio album. “Long Way to Love” exudes prodigious glam metal influences thanks to the raw talent of the quartet. The song features a killer opening riff that keeps you hooked to this groovy hit through to Michaels’s guitar solo as the song approaches the end. 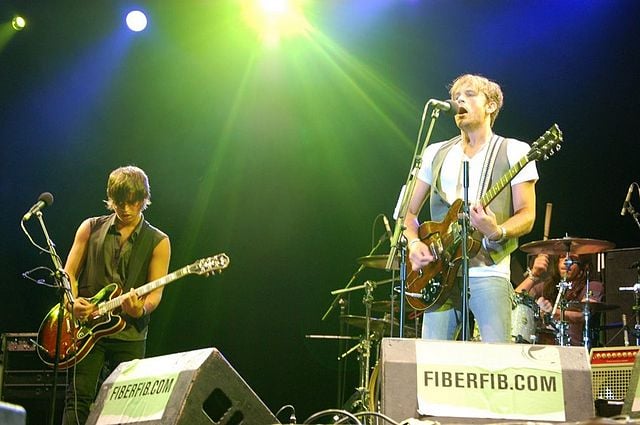 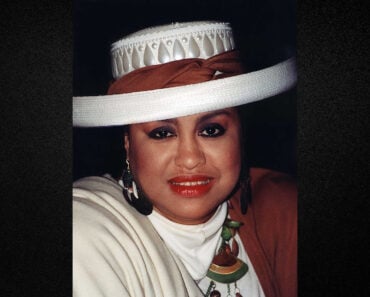 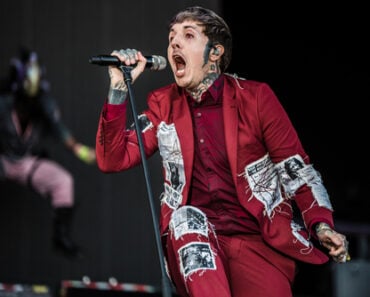 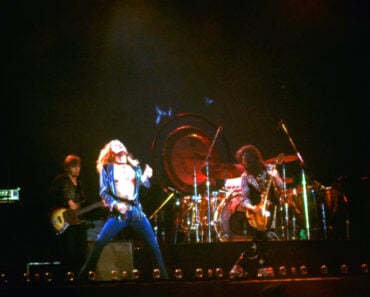 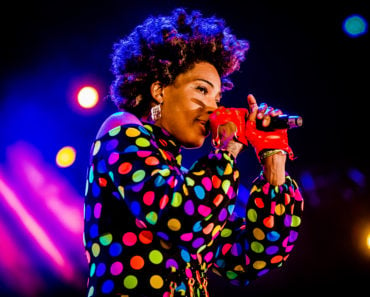 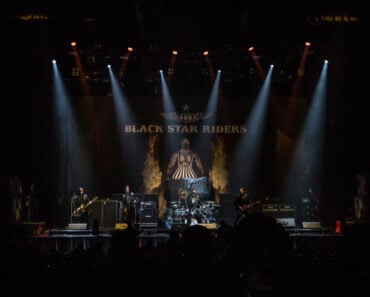