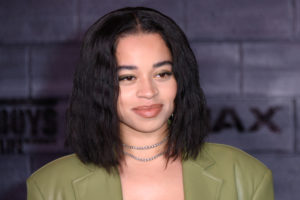 Our top 10 Ella Mai songs list presents the music of a millennial whose songs are highly influenced by the classic and soulful 1990s R&Bs sound. Ella Mai’s mother named her daughter after Ella Fitzgerald, who many have termed as the Queen of jazz. Drawn by her passion for music, Ella Mai took music professionally after enrolling for a music course at the British and Irish Modern Music Institute.

Ella’s toddler steps in the music scene were her appearance on The X Factor auditioning as part of the music trio, Arize. After unsuccessful auditioning, the group disbanded, and Ella focused on her solo career from then. Ella Mai is among the artists born of the internet, having her gain attention of record labels after she uploaded Troubled, a solo EP, on SoundCloud. DJ Mustard would soon get to her through Instagram. Impressed by her four-track EP, DJ Mustard signed her to his label 10 Summers Records.

Ella Mai released a six-track EP, Time, which featured one of her best songs, “She Don’t,” in 2016. The song featured American rapper Ty Dolla Sign. After that, she often hit the studio, releasing two more EPs, including Change in late 2016 and Ready in early 2017. Ella Mai rose to stardom, thanks to her massive hit “Boo’d Up.” With quite a catalog of songs to perform on shows, she hit the road for a tour with pop star Kehlani where she opened for her. This resulted in Ella Mai’s music reaching more people. “Boo’d Up” became her breakthrough song after she released its accompanying video, which has almost half a billion views on YouTube.

Very few breakout female artists have seen such fame like Ella Mai. Her song “Boo’d Up” broke the record for the biggest duration spent by a female artist on the top of the Billboard R&B/Hip-Hop Airplay Chart. Ella Mai hesitated not to join Bruno Mars on his world tour after Cardi B dropped out. Later, she would release another successful single, “Trip,” which rose to number eleven on the Billboard Hot 100 Chart.

The English-born R&B artist released her eponymous debut album in 2018. Her album was quite a glamourous release having Ella Mai feature reputable guest appearances, including John Legend, H.E.R., and Chris Brown. Soon after, Ella was featured on the hit “Tiiied” by American rapper JID alongside 6lack. Her musical style and influence proved worth featuring on “24/7” by Meek Mill.

Success for this breakout female R&B artist was crowned with two Grammy Award nominations for her song “Boo’d Up,” winning the Best R&B Song award. Her awe-inspiring career saw her also bag wins for the Top Female R&B Artist and Top R&B Artist in the 2019 Billboard Music Awards. A third Grammy Award nomination in the Best R&B Album category was on her way after the release of her eponymous debut album. Ella Mai’s musical career has been influenced by R&B legends including Destiny’s Child, Mariah Carey, Lauryn Hill, Brandy, and Chris Brown.

Opening our top 10 Ella Mai songs is the R&B hit “Not Another Love Story.” The song was her first hit after the release of her eponymous debut album. “Not Another Love Story” finds her struggling with falling in love. As the lyrics suggest, Ella feels not ready to set her heart to vulnerability even though her feelings for this guy are too deep to hide. The big question for her remains to be, “Does he feel the same about her?”

“Everything” is one of Ella Mai’s notable gems from her eponymous 2018 debut album. The song finds the English-born R&B sensation teaming up with John Legend. It’s the song’s overall musical feel that makes it a reputable ballad worth mentioning in the top 10 Ella Mai songs. The song rose to number fourteen on the Billboard Hot R&B/Hip-Hop Songs Chart.

Ella Mai’s debut album featured quite a number of prodigious hits, including “Close.” The song finds her singing to a lover whom she heartily wishes to keep dear to herself. While our previously reviewed song finds her quite paranoid about dating, Ella Mai expresses her endless love and trust in a guy enough to downplay her emotional vulnerability. While she might have been afraid of unrequited love in previous releases, the guy seems to have loved her despite her flaws.

Ella Mai grew up listening to Chris Brown and has mentioned him as one of her influences. Later after she released “Boo’d Up,” Chris Brown was more than glad to see her burgeon as a reputable breakout female R&B artist. So, Chris Brown followed her up on her Instagram, and the final result of their interaction is one of the greatest collaborations featured on her eponymous album. The song finds the two R&B artists singing about their clandestine idea to mingle and cheat on their partners. Both acknowledge that their plan is hideous, but their lustful desire is too strong to let go.

Number six on our top 10 Ella Mai songs is the hit “She Don’t.” The song is featured on her EP Time. While “Boo’d Up” has been considered her breakthrough ballad, “She Don’t” was her first major song to receive several million streams. The song finds Ella singing about how her boyfriend hooked up with a lady at the club. However, she is certain that her replacement is nothing better compared to her. She reminds the boyfriend that he will regret ruining their vibe for the random lady. Rapper Ty Dolla Sign features in a verse begging Ella Mai not to trash her boyfriend but offer him a second chance.

Ella Mai released a few EPs before announcing her eponymous debut album. “Lay Up” is one of the best releases from her EP Change (2016). Ella revealed that she was inspired to write the song after listening to the smashing hit “Blow It In the Wind” by Chris Brown. The feel-good song finds Ella Mai fancying spending time with the one she loves while allowing nothing else to come between their magical and precious time. “Lay Up” is the type of song you probably need to empty your mind of all worries and have fun. Ella Mai’s vocals feel a little deep and relaxed, especially in the verses and the pre-chorus. However, the chorus finds her return to her melodic vocal style complementing the song’s beats which are nothing but magical.

Malcolm Gladwell gave the magical number of 10,000 hours as the amount of time every Outlier (exceptionally successful person) had put in practice to perfect their art. Seems Ella Mai is also boarding on Malcolm Gladwell’s caravan of the 10000 hours of practice to have a great love life. The song finds her channeling the message of investing more time to strike love between two. Ella Mai exhibits her exquisite vocals, which complements the song’s seamless production.

“Shot Clock” finds Ella expressing the need to take shots when you still got time rather than wait. The song is inspired by the twenty-four seconds a team is offered to put up a shot once they possess the ball. When the time is up, a team usually loses possession of the ball to the other team imminently. Similarly, Ella Mai reminds us that she has limited time to allow a guy to hit on her. “Shot Clock” rose to a peak position of number sixty-two on the Billboard Hot 100 Chart.

Ella Mai’s “Trip” topped the Billboard Rhythmic Chart while peaking at number eleven on the Billboard Hot 100 Chart. The pianissimo ballad finds this English-born R&B star drunk in the love she’s receiving from her fiancé. While some songs might have painted a picture of pain from heartbreaks, “Trip” finds Ella Mai falling head over heels into a requited love. R&B artist Jacquees remixed the song, but his version was pulled down after DJ Mustard sought some legal action against him for the unwarranted release.

Number one on our top 10 Ella Mai songs list is the dazzling hit “Boo’d Up.” The song saw the English artist take the United States and the whole world by storm. Initially, Joelle James penned the lyrics to the song for herself back in 2014. However, she offered it to Ella Mai, and it became her breakthrough hit upon release. The song alludes to the moments that one is completely smitten with a lover. “Boo’d Up” was nominated for two Grammy Awards, including Song of the Year and Best R&B Song, winning the latter in 2019. The song peaked at number five on the Billboard Hot 100 Chart.