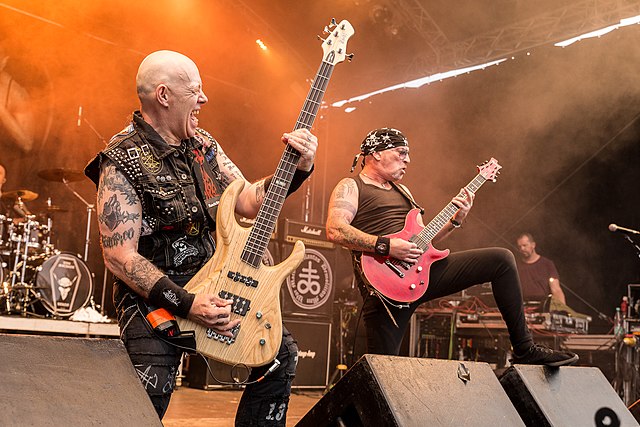 Ah, it’s Halloween. Or a gray cloudy drizzly day in February in the Northeast. Or a week at work where everything that possibly could have gone wrong, did, and when you got home you found out your toilet was clogged. Now you’re steamed. Everybody had better hit the gangplank because you are reaching the boiling point.

Or, you’re just in a crummy mood, mad at everything, and want to play something in your car on the way home to send out a clear warning you are not one to be trifled with today. Not even a would be carjacker will come near you, sensing the vibes. This rush hour is yours. No perky DJ. No happy songs. In other words, a typical day. Just kidding of course, but there is music out there that has therapeutic value, and lots of times the music can be absolutely amazing. Metal is great for getting the poison out of the system, but there are several different styles. Let’s look at the first style, doom or stoner, and maybe later in another article some of the most caustic albums ever released. I rank these somewhat chronologically because it’s easier to remember as I type.

What hasn’t been written, discussed, filmed, and otherwise documented about the great Black Sabbath?  I was only nine when their self titled album came out and wasn’t into rock music quite yet, but I can just imagine the impact this brutal sludgy album had in its day, the song “Black Sabbath” with Ozzy Osbourne’s tortured screams for God to “please save me!” and Tony Iommi’s own guitar tone were the darkest and frightening thing to come along ever. But the debut was pretty raw, being a 48 hour recording time album, and it would be the next two, Paranoid and Master Of Reality that would forever define their sound and single handedly spawn generations of bands to try to be as heavy as their mentors.

“Iron Man,” “Paranoid,” “War Pigs” and “Fairies Wear Boots” were hallmarks of Paranoid and are classics on an album that is sterling from start to finish. But their greatest album ever came next. Master Of Reality still today ranks usually as the heaviest album of all time or very close to the top because in its relatively short playing time of just over 30 minutes or so contained blueprints for Tony’s now downtuned guitars that once and for all gave him his infamous ultra heavy sound, on banjo strings no less, and riffs that practically have never been surpassed in pure doom.

It was the combination of Terry “Geezer” Butler’s lyrics, his own thudding bass, Ozzy Osbourne’s demented vocals, Bill Ward’s jazzy drums and of course Tony and his sometimes nearly mentally sick bends that gave us a sound almost heavy enough to start a black hole.  “Children Of The Grave” is the masterpiece track of a mythical album. Of course, many other lineups and albums would follow, but the first three especially are mind benders. Greatest album: Master Of Reality.

I’m probably the first to assert this Scottish band as a doom band, or one that did its share of doom sounding songs. Manny Charlton was a superb bluesy guitarist, adept also at acoustic and slide, Pete Agnew a fine bassist and Darryl Sweet a great drummer but it was the voice of Dan McCafferty who gave this band its identity. His gravelly voice was so raw you got strep throat just listening to him. Nazareth covered songs too, and gave them the heavy treatment that was doom laden, now that I think more about it. “This Flight Tonight”, the Joni Mitchell song became a galloping slope of a song with crushing guitars and McCafferty’s voice over the top. “Razamanaz” was like a Little Richard song sung in one of the La Brea tar pits. But the argument for their inclusion as a doom band was the biggest seller, Hair Of The Dog.

This was, along with the next album No Mean City was Nazareth’s heaviest material, and indeed it was. We all know their famous rendition of “Love Hurts”, and I prefer theirs to Emmylou Harris’ original, and the title track with the infamous “son of a *****” chorus we delighted in shouting out as teenagers because we were getting away with being potty mouths. The overall tone of this album and the next were in good company with Sabbath, and to this day I’m surprised some current doom band hasn’t done a version of “Please Don’t Judas Me”, but few people have ever tried to imitate McCafferty’s wounded puma roar, and even he can’t sing anymore.  Greatest album: Hair Of The Dog.

This three piece Welsh band were kind of a mix between Rush, Bad Company and maybe Nazareth. Bassist/singer Burke Shelley had a voice as high as Geddy Lee’s, hence the Rush similarities, but the band was a hard rock bruiser of a band whose tone again was a definite doom progenitor. They influenced many bands, including Metallica, so they were definitely heavy enough. Greatest album: The Best Of Budgie.  It’s a great starting place so I cite it here.

Maybe not the best known, but they were the only true metal band on the renegade SST label and were all things Black Sabbath. Not terribly original, but they did bring the punk kids around to discovering other heavier music. No particular album stands out because they’re all pretty much standard fare, but because St. Vitus did act as a crossover band, they are important to include here.

I have to include them because heavy music in the very late ’70’s was primarily from the New Wave Of British Heavy Metal, that specialized in faster outfits like Iron Maiden, Saxon and Diamond Head who were mixing punk influences and Judas Priest with their own metal. It was a short time frame but lasted long enough to be the primary thrash breeding grounds. Venom on the other hand were a totally darker and admittedly silly proposition. Defiantly Satanic but probably as a gimmick, they recorded their first album Welcome To Hell that sounded like it was mixed on a tiny transistor radio.

The guitar was just a buzz somewhere in the background and the drums were far out of tempo most of the time. But kids loved it!  Its basic attitude appealed to punks and those who wanted their metal to be darker, heavier and much more threatening at least in image than anything else available, with the exception of Motorhead. Venom released the second album Black Metal that sounded somewhat better, and their legend was already set. With time they grew as musicians and today release quality metal with plenty of rock and roll spirit as good as any competitor, with great players and Rage, a very good lead guitarists. Greatest album: Black Metal.

Alice In Chains was much more than just grunge. As honestly dark and forbidding as any doom band, only more so because they were living the life, with tragic drug use, the death of original vocalist Layne Staley, who could have been a hugely popular vocalist had he not overdosed on heroin, and struggled while still putting out great doom laden music that was as skillful and frightening as any heavy music that had come before, maybe even getting close to Black Sabbath’s early output. Dirt was their huge album, and a very depressing one as Staley spared no details describing the life of a junkie and trying to convince himself in the song “Sick Man” and others he wasn’t really in that bad of a condition. Ultra heavy, ultra disturbing, and while it’s a doom masterpiece I must admit I have great difficulty listening to it because it was so honest about a horrifying way to live.  Greatest album: Dirt.

One of two bands here that did Sabbath so well that The Dark Lord Iommi himself played a guest guitar solo, surely as high an honor as one can get in this type of music.  Guitarist Gaz Jennings was the key to this band’s heaviness, freely copping Tony’s bending style but writing very unique and masterful songs as well. Singer Lee Dorrian was just as expressive, and the band also had a bit of a hippie vibe as well in some places, like Garden Of Earthly Delights. For the doomiest stuff, Cathedral has a couple that will make you fall down as it sucks the gravity right out the door – The VII Coming, Endtymes, and the greatest album, their debut The Forests of Equilibrium.

These guys have gotten a bit stuck for the last couple records, not really doing anything new, but for a few albums they were touted as the heaviest band on the planet. While I would argue for all time Sabbath gets that title because they invented the heaviest music, as far as next generation, these guys had their stoner and doom vibe down to a science, or should we say a certain plant science.  The songs didn’t flow so much as they dripped. But the bass was heavy enough to crack foundations on houses a block away, and the riffs, while not exactly Chopin, did the job. This was real knuckledragger stuff but I expect cavemen probably would have loved metal. Hard life, hard music. But they did manage one of doom’s latter generational greats, and their greatest album, Dopethrone.

When they sing about landing on Planet Iommi, on their newest album that features Matt Pike, who also plays guitar and sings for High On Fire, one of the most brutal bands in the Motorhead tradition you will ever hear, Sleep lets us know on The Sciences their appreciation for the ganja, legal in their home state of Oregon now. Unlike High On Fire, where Pike sings in his equally raw voice about mythology, Al Cisneros plays bass and sings for Sleep, leaving Pike to deliver huge swaths of guitar chords that can almost take root. Sleep’s biggest claim to fame is Dopesmoker, a one song album that lasts an hour and six minutes but doesn’t get old. It is unusual because like other “long” songs that are usually multi part tunes, this is decidedly one song.  Greatest album: Sleep’s Holy Mountain.

Our last entry is appropriate as they have stayed busy and have a new album, The Door To Doom that features their first album lineup. Candlemass is the other doom band that has had the honor of Tony Iommi offering a guest guitar solo, and their leader, bassist Leif Edling, composes the music, unabashedly Sabbathian in every aspect but manages to celebrate their heroes’ sound without being just another lazy cover band. They are indeed a superb doom band and the one band here with Cathedral I recommend if hard core Black Sabbath fans are hungry for real doom not mixed with death metal, hardcore or anything to dilute its delivery. Greatest album: Epicus Doomicus Metallicus. 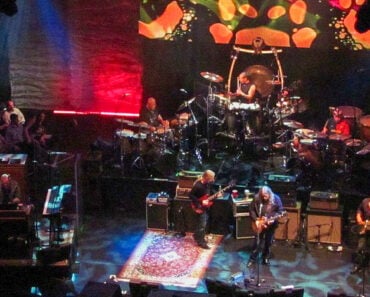 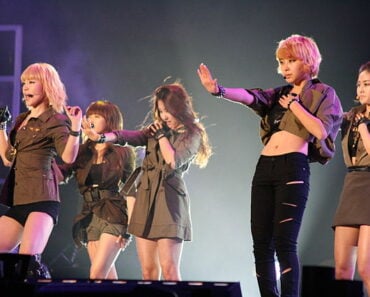