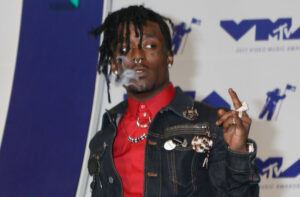 The rapper has cited Pharrell Williams, ASAP Rocky, Lil Wayne, Young Thug, Simple Plan, and Wiz Khalifa as some of their influences in the rap scene. Surprisingly, Lil Uzi Vert went ahead to rank the rock musician Marilyn Manson as their greatest inspiration in music. Lil Uzi Vert has also expressed more love for the rock genre citing Hayley Williams of Paramore to be yet another influence on their music career. The rapper boasts of two chart-topping (also commercially successful) LPs and a series of prolific mixtapes and EPs.

Luv Is Rage might not have been a mainstream success but played a pivotal role in the later success of the rapper. The album saw Lil Uzi Vert collaborate with legendary rappers including Wiz Khalifa and Young Thug. “Top,” “Super Saiyan,” and “7AM” are the most sought-after hits from Luv Is Rage. The hit “Top” achieved mild mainstream success on the Billboard Bubbling Under R&B/Hip-Hop Singles Chart, peaking at number five.

Other Releases by Lil Uzi Vert Over the Years

2016 marked Lil Uzi Vert’s breakthrough year following the success of the rapper’s sophomore commercial mixtape Lil Uzi Vert vs. the World. The mixtape was a massive mainstream success rising to the eighteenth spot on the Billboard Top R&B/Hip-Hop Albums Chart. Lil Uzi Vert vs. the World also graced the Billboard 200, rising to a peak position of number thirty-seven. The mixtape was also a commercial success earning platinum certification in the US. “Money Longer,” “You Was Right,” and “Ps & Qs” are some of the best Lil Uzi Vert songs from the mixtape.

Lil Uzi Vert returned in July 2016 with The Perfect LUV Tape, their third commercial mixtape (fourth overall). The mixtape was a mild mainstream success making it to the twentieth spot on the Billboard Top R&B/Hip-Hop Albums Chart. This gold-certified mixtape also graced the Billboard 200, peaking at number fifty-five. Offset, Future, and Playboi Carti are among the featured artists on this mixtape. “Erase You Social,” “Seven Million,” and “Do What You Want” are the top musical gems by Lil Uzi Vert from The Perfect LUV Tape.

The rapper returned in 2017 with their sophomore extended play Luv Is Rage 1.5. This four-track EP was issued independently through the rapper’s SoundCloud profile. “XO Tour Llif3” was the zenith of the EP — Lil Uzi Vert went ahead to feature the hit on their debut studio album Luv Is Rage 2. Luv Is Rage 2 was a mainstream success, topping the Billboard 200 and Billboard Top R&B/Hip-Hop Albums Chart. Pharrell Williams and The Weeknd featured on this two-time platinum-certified record. Other best Lil Uzi Vert songs featured on this LP include “The Way Life Goes,” “Sauce It Up,” “Dark Queen,” “UnFazed,” and “Neon Guts.”

Red & White, issued on July 2022, marked the third major solo extended play. The EP was a mainstream success rising to position twenty-three on the Billboard 200. “Final Fantasy,” “Glock in My Purse,” and “For Fun” are some of the popular songs by Lil Uzi Vert from the EP Red & White. Lil Uzi Vert is currently working on a new studio album to be released later this year.

Lil Uzi Vert remains one of the most sought-after artists in the rap scene currently. Their melodic bars and charisma have earned the rapper quite a huge and loyal fanbase. Lil Uzi Vert has earned two Grammy Awards nominations winning the 2017 MTV Video Music Awards’ Song of the Summer accolade courtesy of “XO Tour Llif3.”

Ushering us to the ten best Lil Uzi Vert songs list is the remarkable track “Myron.” “Myron” was issued as the first song off Lil Uzi Vert’s record Lil Uzi Vert vs. the World 2, which was the deluxe edition of the rapper’s sophomore studio album Eternal Atake. The rapper revealed that “Myron” serves as a shout-out to their dedicated fans.

“Myron” has some of its lyrics telling of Lil Uzi Vert’s opulent lifestyle. The rapper is proud of owning expensive jewelry and wealth (which to some extent has been the signature mark of success amongst hip-hop artists). “Myron” rose to the seventh spot on the Billboard Hot R&B/Hip-Hop Songs Chart, peaking at number thirteen on the Billboard Hot 100. The song achieved mild commercial success in the US where it achieved gold certification.

Coming in at the eighth spot on our ten best Lil Uzi Vert songs list is the hit “20 Min.” The song is one of the four bonus tracks featured on Lil Uzi Vert’s debut studio album Luv Is Rage 2. “20 Min” makes it to our list thanks to its prodigious beat produced by Honorable C.N.O.T.E. Other artists who have worked with Honorable C.N.O.T.E. include Migos, ASAP Ferg, 2 Chainz, Future, and ASAP Rocky to name a few.

Despite not making it to the mainstream charts, “20 Min” has risen to fan-favorite status. The song is among the top five most streamed songs by Lil Uzi Vert on Spotify, earning almost two hundred million views on YouTube. “20 Min” has its lyrics centered around the rapper’s encounter with a past lover and other women while in the music scene.

“Sauce It Up” brings us to Lil Uzi Vert’s excellence on their debut studio album Luv Is Rage 2. The song was penned by the rapper in collaboration with producer Don Cannon. Other artists who have worked with Don Cannon include 50 Cent, Lil Wayne, Logic, and Ludacris. “Sauce It Up” has its lyrics alluding to the rapper’s extreme merrymaking lifestyle.

The song rose to the top fifty on the Billboard Hot 100 Chart, peaking at number forty-nine. “Sauce It Up” also made it to the Billboard Rhythmic Chart, rising to the fifteenth spot. The song was also a mainstream success in Canada, rising to the eighty-second spot on the nation’s Hot 100 Chart. “Sauce It Up” was a commercial success, earning platinum certification twice in the US.

We earlier mentioned Lil Uzi Vert to be one of the top genre-fluid artists in the rap scene. Our sixth hit on the ten best Lil Uzi Vert songs list, “Futsal Shuffle 2020” is enough proof of this claim. This upbeat track finds Lil Uzi Vert giving us a taste of their dance inflections with some trap elements. The song became prevalent across social media as a result of its popular dance challenge.

However, “Futsal Shuffle 2020” is more than just a dance-infecting hit. The song has its lyrics centered around Lil Uzi Vert’s wealth and magnetism toward the ladies. “Futsal Shuffle 2020” contains samples of the 2019 live performance of the hit “Boredom” by Tyler, the Creator. This platinum-certified song made it to the fifth spot on the Billboard Hot 100, rising to number fifty-seven on the UK Singles Chart.

Lil Uzi Vert vs. the World, was quite a momentous mixtape, ushering Lil Uzi Vert into massive mainstream and commercial success. “You Was Right” was among the standout tracks from the mixtape. The song finds Lil Uzi Vert working with the legendary producer Metro Boomin who is best known for their prodigious records with Post Malone, The Weeknd, Young Thug, 21 Savage, and Migos. “You Was Right” has its lyrics centered around Lil Uzi Vert’s regrets about their unfaithfulness.

This trap hit was a commercial success, earning platinum certification twice in the US. “You Was Right” made it to number sixteen on the Billboard Hot R&B/Hip-Hop Songs Chart, peaking at number forty on the Billboard Hot 100. The song contains samples of the hits “Some More” by Young Thug and “Jumpman” by Drake and Future.

However, Lil Uzi Vert is a huge believer in healing with time. “The Way Life Goes” features an interpolation from the hit “Landslide” by Oh Wonder. Lil Uzi Vert issued a remix of this hit featuring Nicki Minaj. “The Way Life Goes” made it to the twenty-fourth spot on the Billboard Hot 100. The song was gold certified in the UK, earning platinum certification four times in the US.

Infectious is the one word that fully describes Lil Uzi Vert’s breakout single “Money Longer.” The song is featured on the rapper’s 2016 mixtape Lil Uzi Vert vs. the World. “Money Longer” finds the rapper contemplating how their lifestyle took a huge turn since he rose to stardom. The song debuted at the ninety-second spot on the Billboard Hot 100, eventually rising to the fifty-fourth spot. “Money Longer” was a commercial success, earning platinum certification twice in the US.

Number one on our top ten Lil Uzi Vert songs list is the enormous hit “XO Tour Llif3.” The song was first issued through Lil Uzi Vert’s 2017 extended play Luv Is Rage 1.5 after which it was featured on the rapper’s debut studio album Luv Is Rage 2. “XO Tour Llif3” borrows from the same template as “The Way Life Goes.”

Its lyrical content alludes to Lil Uzi Vert’s grappling with the feelings of betrayal by ex-lover Brittany Bird. “XO Tour Llif3” is Lil Uzi Vert’s second highest-charting single on the Billboard Hot 100, peaking at the sevenths spot. The song also made it to number twenty-five on the UK Singles Chart. 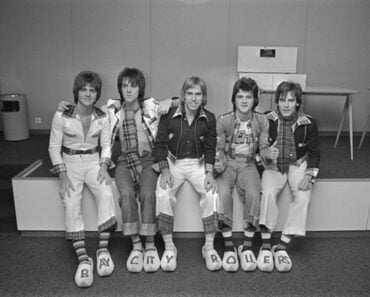 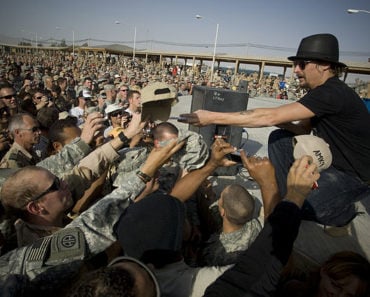 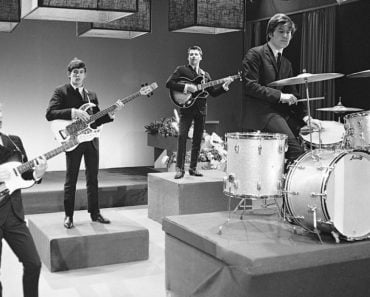 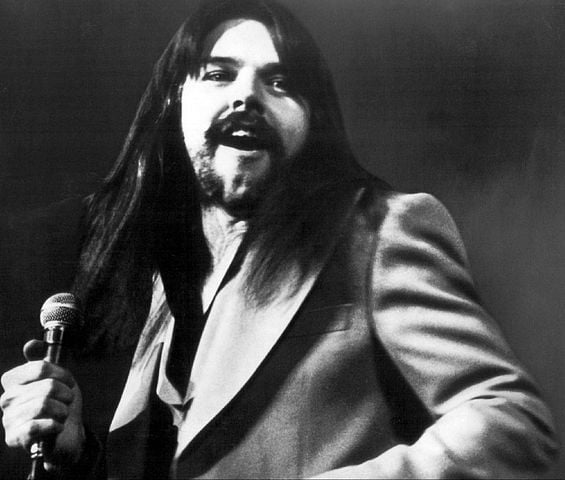 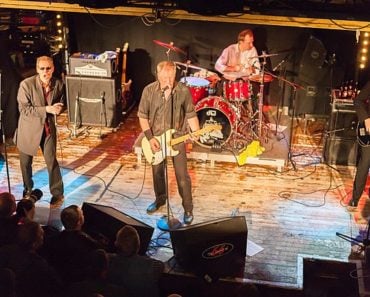 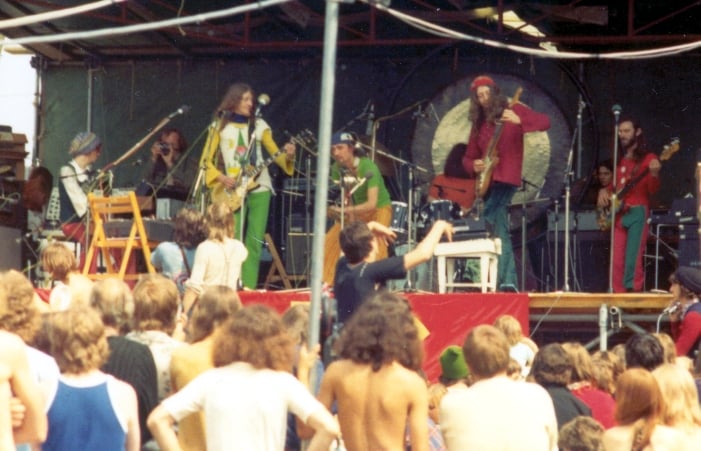