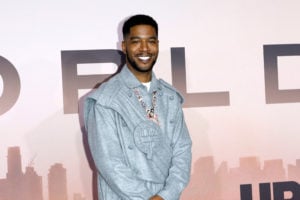 Our top 10 Kid Cudi songs introduce us to a Grammy Award-winning rapper and singer-songwriter famed for his influence in contemporary hip hop and alternative acts. Born in 1984, Kid Cudi started his music career in 2003 as a rapper. The artist would soon move to New York City to pursue a professional music career inspired by hip hop groups A Tribe Called Quest and The Pharcyde. Kid Cudi’s early releases and songs from his mixtape A Kid Named Cudi (2008) attracted the attention of Kanye West, bagging him a deal with GOOD Music in 2007. The two worked together with Kid Cudi getting co-writing credits and/or vocals roles on Kanye West’s album 808s & Heartbreak (2008).

Kid Cudi received global recognition rising to stardom with his commercial single “Day ‘n’ Nite.” The song would later be featured on his debut album Man on the Moon: The End of Day (2009). After releasing his sophomore album, Kid Cudi formed a rock band WZRD with his close friend and long-time collaborator, Dot da Genius. Originally, the band went under the moniker Wizard, with Kid Cudi renaming it to ‘2 Be Continuum’ and now WZRD. Kid Cudi revealed that the band’s name was inspired by the song “Wizard” by Black Sabbath. An eponymous album would follow two years after the band’s inception. The album was a success having it debut at the top of the Billboard Top Rock Albums chart.

Kid Cudi has had a successful solo career having him release a couple of albums afterwards. In 2018, Kid Cudi released a joint album with Kanye West Kids See Ghosts. The album was named among the best albums of 2018, earning Kid Cudi critical acclaim and more fame. Kid Cudi has worked with legendary artists such as Mary J. Blige, Jay-Z, Kendrick Lamar, Eminem, Steve Aoki, David Guetta, and Snoop Dogg throughout his music career. He prides himself with two Grammy Awards, one Urban Music Awards, and one Beatport Music Awards from a total of twenty-three music awards nominations. The artist is known to release autobiographical songs in most cases, having him address hardships he faced in his childhood and part of adulthood. Here are the top 10 Kid Cudi songs that showcase his unique blending of dark, meditative lyrics and psychedelic instrumentation.

Ushering us to the top 10 Kid Cudi songs is the hit “Tequila Shots.” The song is featured on Kid Cudi’s album Man On The Moon III: The Chosen (2020). “Tequila Shots” was penned by Kid Cudi, Denzel Baptiste, and Cudi’s long-time collaborator Dot Da Genius. The song finds Kid Cudi reflecting on his search for inner peace after struggling with drug abuse, anxiety, and depression. All these were the effects of his newfound fame as a result of the success of his debut album Man On The Moon: The End of Day. The song features a high-pitched synth complemented by a clamorous bass to bring a fine pop-rap and hip-hop vibe. “Tequila Shots” peaked at number forty-one on the Billboard Hot 100 chart.

“Soundtrack 2 My Life” is one of the best Kid Cudi songs from his album Man on the Moon: The End of Day (2009). Kid Cudi revealed in an interview that the song was penned from an ignorant standpoint. He continued to say that the song illustrates what one contemplates when his back is up against the wall. The song’s first verse references the hook in “99 Problems” by Jay Z. “Soundtrack 2 My Life” had Kid Cudi reveal his wish to live a carefree life. However, this seems far from reach, having him possess a long tail of problems.

“Frequency” is a five-minute lead single from Kid Cudi’s album Passion, Pain & Demon Slayin’ (2016). The song ushers in a change of Kid Cudi’s music style, having him shift from the gritty punk rock sound to some rapping and sensual humming. Kid Cudi collaborated with Plain Pat and Mike Dean in penning and producing the song. The song lyrics allude to women and psychedelic drugs. “Frequency” was released after a long time of experimenting with different sounds and production. Kid Cudi, in a tweet, mentioned that he had reached a ‘frequency’ that only a few chosen can hear, quoting that the more open the mind and heart of the song’s listener is, the more powerful the whole experience.

The song “REVOFEV” takes us to Kid Cudi’s album Man On The Moon II: The Legend of Mr. Rager (2010). “REVOFEV” has its name obtained from the original name of the album Cudder: The REVolution OF Evolution. The song was written by Kid Cudi and Patrick Reynolds, with its lyrics addressing kids telling them not to stress. “REVOFEV” offers a taste of Kid Cudi’s stylistic blending of poetry and rap.

Number six on our top 10 Kid Cudi songs is the hit “The Adventures of Moon Man & Slimy Shady.” In this song, Kid Cudi teams up with Eminem, with whom he trades verses over Dot Da Genius’s instrumentation. The song’s title refers to Kid Cudi’s moniker Moon Man and Eminem’s Slim Shady alter-ego. “The Adventures of Moon & Slimy Shady” has Kid Cudi bring on a consciousness story about a night out. At the same time, Eminem addresses topics such as political injustice and the COVID-19 pandemic while name dropping artists such as Lil Wayne.

“The Prayer” is one of the best releases from Kid Cudi’s album A Kid Named Cudi (2008). The song shows the successful work of singer Kid Cudi with producer Plain Pat. The song starts with a shout-out to the producer, ‘Plain Pat, what up?’ The shout-out is actually a vocal sample by Kanye West, which served as the producer’s tag. The song has Kid Cudi offer a blend of his subtle humor alongside serious dejection. “The Prayer” peaked at number twenty-two on the Billboard Hot 100 chart and number forty-four on the UK Singles Chart.

The lead single to Kid Cudi’s album Indicud (2013), “Just What I Am,” comes strong as the number four hit in our top 10 Kid Cudi songs. Kid Cudi had his friend King Chip make a guest appearance on the song. The song starts with a calm hip-hop vibe and presents Kid Cudi’s composed and striking rap vocals. Kid Cudi had the song’s title allude to the Bible verse in Exodus 3:14, where God reveals to Moses that he is “who he is.” The song peaked at number seventy-four on the Billboard Hot 100 chart.

“Erase Me” is one of the best Kid Cudi songs from the album Man On The Moon II: The Legend of Mr. Rager (2010). Kid Cudi was proud to have his mentor Kanye West make a guest appearance on the song. It is undeniable that the song is a break from Kid Cudi’s perfection in rhythmic wordplay giving him a chance to vibe with some lounge singing. The song was a massive hit having it peak at number twenty-two on the Billboard Hot 100 and number fifty-eight on the UK Singles Chart.

“Pursuit of Happiness” is one of the best Kid Cudi songs from his album Man On The Moon: The End of Day (2009). Kid Cudi had the song produced by the electronic rock duo Ratatat while featuring guest vocals from MGMT. The song’s lyrics find the artist discussing the lowlights of celebrity life in terms of fame and fortune. It also highlights the problems that haunted Kid Cudi after the demise of his father. The song peaked at number fifty-nine on the Billboard Hot 100.

The success of Kid Cudi in music is best traced to his song “Day ‘n’ Nite,” featured on his album A Kid Named Cudi (2008). “Day ‘n’ Nite” serves as Kid Cudi’s justification for a row he apparently had with his late uncle and how Kid Cudi copes up with the pain of unresolved matters. The song was nominated for a Grammy Award for the Best Rap Solo Performance and Best Rap Song in 2010. “Day ‘n’ Nite” was such a massive hit having it peak at number three on the Billboard Hot 100 chart and number two on the UK Singles Chart. 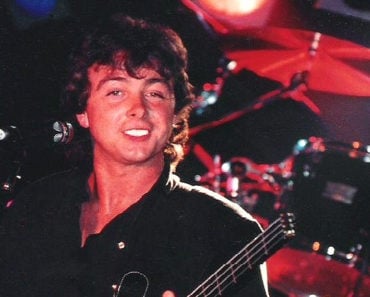 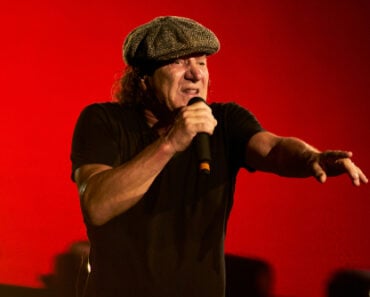 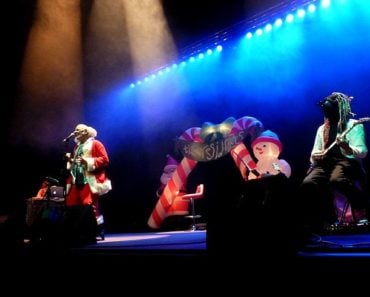 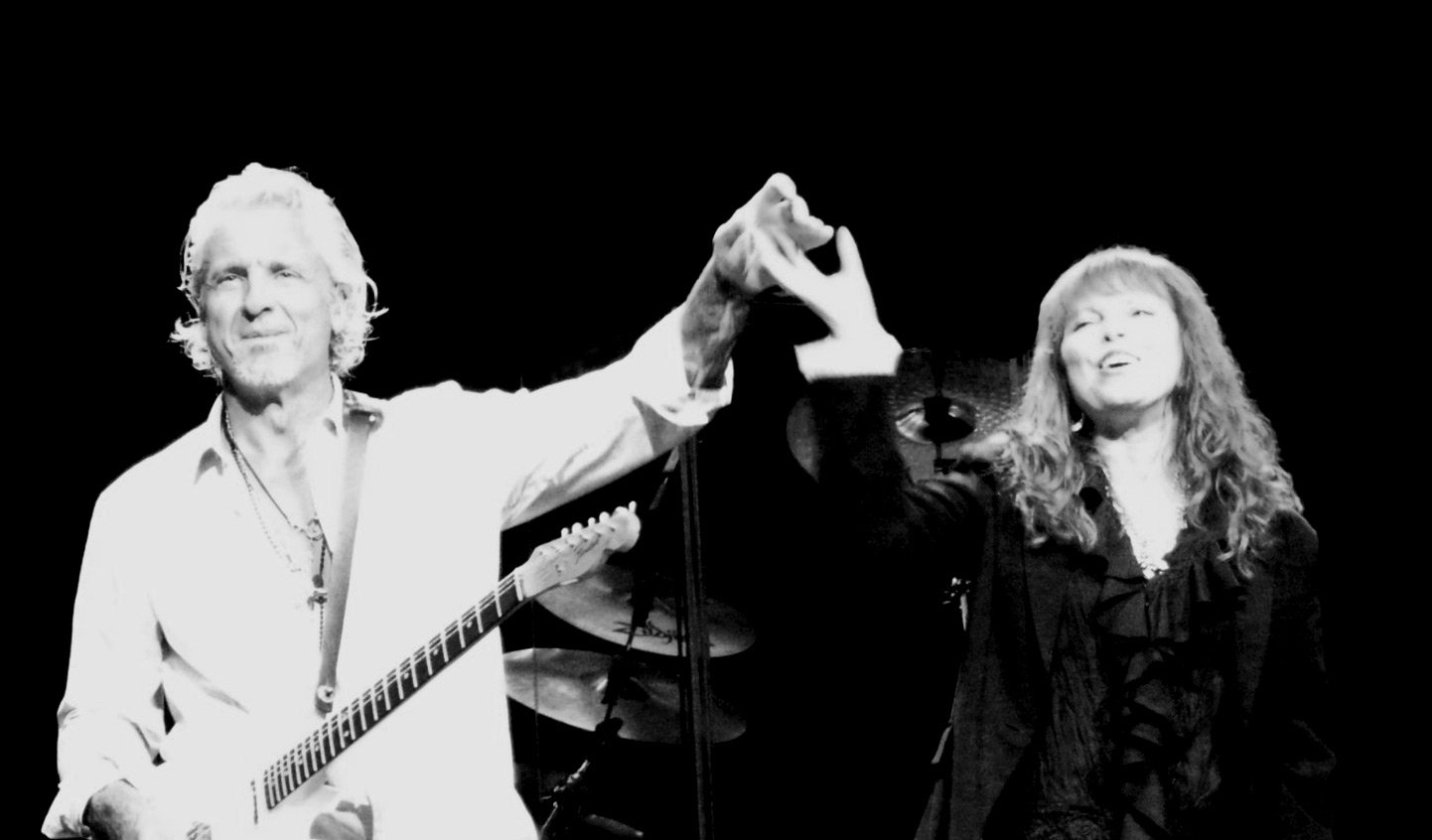 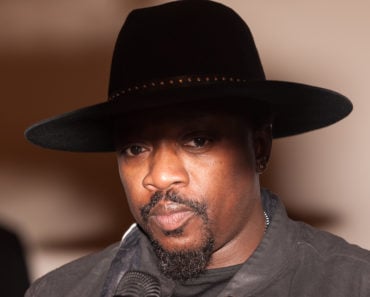