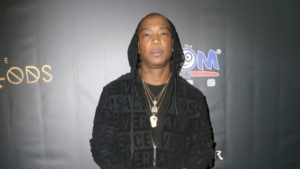 Our top 10 Ja Rule songs list looks at the catalog of an American artist famed for his energetic deep vocal raps. Born in 1976, Ja Rule was raised majorly by his grandparents owing to his mother’s busy schedule as a healthcare worker. While his guardians were staunch Jehovah’s Witness, Ja Rule, like his mother, didn’t like the religion. Eventually, Ja Rule would begin selling drugs while still a teen. However, he would soon find solace and a home in music after realizing he had some sleek rap game in himself.

His rapping career commenced in 1994 where he was tagged in the group Cash Money Click. Ja Rule started his music career under Irv Gotti, a legendary producer known for his monumental work with artists like Ashanti, Jennifer Lopez, DMX, and Kanye West. The debut release for the Cash Money Click group was “Get Tha Fortune.” Sadly, it was over for the young group after Chris Black, one of its members, was sentenced to prison. While Ja Rule and O-1 might have wished to continue without Chris Black, they had no record label hence ended up disbanding.

However, the star never stopped shining for Ja Rule, who was close to Irv Gotti. Following their close relationship, Irv Gotti secured a recording contract for him with Def Jam. A solo career for Ja Rule started when he was tagged in “Time to Build” by Mic Geronimo and later in “Usual Suspects” by the same artist. During this time, Ja Rule rubbed shoulders with legendary artists such as Jay-Z, Tragedy Khadafi, The Lox, Onyx, and DMX. His career seemed promising, hence promotion as Murder Inc. Records flagship artist. Surprisingly, Ja Rule had released no album and was only featuring as a guest artist in songs by LL Cool, J, Redman, Dru Hill, and Method Man.

After four years of dining with the best in the then flourishing music industry, Ja Rule released his debut single “Holla Holla” in 1999. The song was quite a hit, reaching a peak position of number thirty-five on the Billboard Hot 100 Chart. Its success helped Ja Rule’s debut album Venni Vetti Vecci (1999) rise to the number three album on the Billboard 200.

A successful single, “Between Me and You,” was released in 2000, featuring Christina Milian. The song was featured on his sophomore studio album Rule 3:36 (2000). Ja Rule saw the song reach number eleven on the Billboard Hot 100 Chart. His amazing hardcore hip-hop style guided his sophomore album to the top of the Billboard 200 Chart allowing him to become an internationally recognized rapper. The album’s success also helped magnify the status of Murder Inc. Records and Irv Gotti in the US music industry.

Ja Rule was unstoppable, having his third studio album, Pain Is Love (2001), also top the Billboard 200 while selling millions of copies worldwide. Pain Is Love (2001) ushered Ja Rule to greater feats like appearing on the shortlisted nominees for a Grammy Award for the Best Rap Album in 2002. However, Stankonia (2000) by OutKast stole the show walking away with the award. Other albums that were nominated for the award the same year were Scorpion (2001) by Eve, The Blueprint (2001) by Jay-Z, and Back for the First Time (2000) by Ludacris.

While his fourth album, The Last Temptation (2002), might not have topped the Billboard 200 (peaked at number forty-two), it featured some of the greatest songs by Ja Rule. A beef with other artists was a common thing back then for rappers (to date, it happens too). In this context, Ja Rule found himself beefing with 50 Cent, where they exchanged bitter words and even hit the studio for diss tracks. The feud was too disruptive, bringing in other artists such as Eminem, D12, Obie Trice, Dr. Dre, DMX, and Busta Rhymes. Ja Rule returned to his hardcore style with his fifth studio album Blood in My Eye (2003), dubbed as a diss release aimed at the aforementioned artists.

Ja Rule went on to release R.U.L.E. (2004), which saw him make successful collaborations with iconic artists like Fat Joe, Ashanti, Jadakiss, R. Kelly, and Lloyd. However, after releasing Exodus (2005), Ja Rule went on hiatus. He would later show up with Pain Is Love 2 (2012). During this time, he served a two-year sentence for tax evasion and gun possession. While he was back in the game, his releases were not as striking as his early 2000s songs. Without a doubt, Ja Rule’s beef with 50 Cent and other artists such as Dr. Dre and Eminem saw his glory less amplified. However, he left a mark in the hip-hop industry and is still one of the greatest rappers of all time to date.

Ushering us to the top 10 Ja Rule songs is the hit “New York” from his album R.U.L.E. (2004). The song saw Ja Rule collaborate with Fat Joe and Jadakiss, iconic artists in the hip hop game. Growing up as a tough guy in the streets of Hollis allowed Ja Rule to present himself as one of the best gangsta rap hip-hop artists. The song came when Ja Rule was beefing with Queens rapper, 50 Cent.

Fat Joe was more than glad to come through for Ja Rule while gassing Jadakiss to get his “hands dirty” in this diss track to 50 Cent. After all, Fat Joe felt like he owed Ja Rule one after having him help save his career with a collaboration in “What’s Luv” after the death of Big Pun. 50 Cent responded to the trio with a diss track, “Piggy Bank.”

“Kill ‘Em All” is one of the songs that helped Ja Rule rise to prominence in the hip hop industry before disparaging rivalries plagued his fame. The song is featured on his debut studio album Venni Vetti Vecci (1999). At this time, Ja Rule was rubbing shoulders with top artists and gladly chose Jay-Z for collaboration in this song. While tagging Jay-Z in the song was a big boost, the song remains Ja Rule’s show to impress his fans as one of the best New York rapper.

Ja Rule had his moment of glory rising at the pinnacle of his rap and hip-hop career in the early 2000s. Soon, he would get himself in a nasty feud with 50 Cent. While boxers square it out through fist fights, rappers bombard each other with bitter words in diss tracks. Ja Rule fell for this having him release “Clap Back,” a diss track aimed at 50 Cent and Eminem. While the song might feel like gasoline to fire for feud lovers, “Clap Back” is an undisputed great ballad. Its chorus feels so catchy that you might forget that this is a diss track!

“Livin’ It Up” is one of the best melodic rap songs from the first decade of the twenty-first century you probably have heard. In this song, Ja Rule collaborates with American singer-songwriter Case. The song is featured on the Grammy Award-nominated and the one-time number one album on the Billboard 200 Pain Is Love (2001). “Livin’ It Up” sampled “Do I Do,” a 1982 smashing hit by legendary artist Stevie Wonder. The song succeeded on the Billboard Hot 100, peaking at number six. “Livin’ It Up” also got nominated for a Grammy Award for the then launched Best Melodic Rap Performance category in 2002. However, the song lost to “Let Me Blow Ya Mind” by Eve featuring Gwen Stefani.

Number six on our top 10 Ja Rule songs is the hit “Caught Up,” which features the R&B and hip-hop artist Lloyd. The song is featured on the album R.U.L.E. (2004). Lloyd was barely twenty when he collaborated with Ja Rule in “Caught Up.” You can’t help but love his heavenly R&B vocals and how they complement the song’s pianissimo hip-hop vibe. Ja Rule’s deep vocals and rap feel like icing to the cake to this perfectly produced and relaxed song. The song gave us all a break from his feud with 50 Cent while reminding us of the greatness of Ja Rule on the mic.

“Thug Lovin'” is a collaborative song by Ja Rule and Bobby Brown for the album The Last Temptation (2002). For those who have listened to many Stevie Wonder songs, you can’t help but notice that this song samples his hit “Knocks Me Off My Feet” at some point. The song peaked at number forty-two on the Billboard Hot 100. Its music video ooze opulence with the two artists captured on a helipad, a helicopter, and a posh-looking Bentley. For a 2002 video, that was true class!

Collaborations between Ja Rule and Ashanti never disappointed at any point! “Always On Time” is one of the most famous collaborations between the two artists. The song is featured on the album Pain Is Love (2001). Initially, the song was set to feature the idiosyncratic Grammy Award-winning singer Brandy, only to have Ja Rule and the production unit settle for Ashanti. The song paved the way for the success of other duets by Ja Rule, such as “Ain’t It Funny” which features Jennifer Lopez.

“Always On Time” gifted this rap legend with his second number one hit on the Billboard Hot 100. The song was nominated for a Grammy Award in the Best Melodic Rap Performance category in 2003. However, it lost the award to “Dilemma” by Nelly featuring Kelly Rowland.

#3- Between Me and You ft. Christina Milian

“Between Me and You” brings us to yet another successful collaborative song by Ja Rule. Released on the album Rule 3:36 (2000), the song features the singer-songwriter, Christina Milian. Ja Rule’s energy in this hit is on another level. Christina Milian remains classy with her melodic vocals that give the song a soft feel in the chorus. Legendary production in “Between Me and You” helps it become one of Ja Rule’s unforgettable hits.

After quite some involvement in a feud with 50 Cent, which had him release an album full of diss tracks, Ja Rule allowed himself to get back to more solid releases in R.U.L.E. (2004). “Wonderful” features R. Kelly and Ashanti, helping Ja Rule reclaim his spot as a force to reckon with in the hip-hop industry. The song climbed to position five on the Billboard Hot 100 while topping the UK Singles Chart.

Number one on our top 10 Ja Rule songs list is his most memorable hit, “Mesmerize.” The song is featured on his album The Last Temptation (2002). Ashanti helped turn this song into one of the most influential hits of the early 2000s in the hip-hop culture. The song sampled “Stop, Look, Listen (To Your Heart),” a famous 1974 ballad by iconic singer Marvin Gaye. “Mesmerize” peaked at number two on the Billboard Hot 100, unable to topple “All I Have” by Jennifer Lopez featuring LL Cool J.