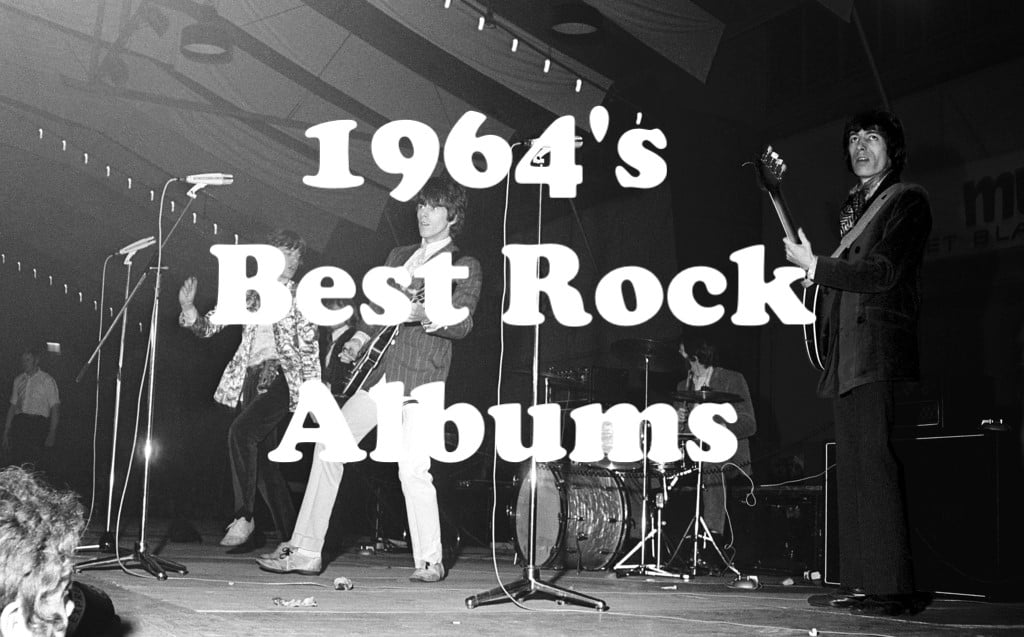 1964’s Best Rock Album’s list defines a year that saw the debut albums of The Rolling Stones, The Kinks, Manfred Mann, The Dave Clark Five, The Hollies, The Yardbirds, Dusty Springfield and Simon & Garfunkel. 1964 also presented rock fans with two new Beatles albums and a Beatles motion picture that revolutionized film making and left a legacy behind as the film that would influence music video making twenty years later. Bob Dylan released two more brilliant albums. The Beach Boys and The Four Seasons both released multiple new albums. If we just stop there,1964 stands as an incredible year for music. However, there were so many more great records released by many artists in what was truly a year to remember.

1964’s most historic moment was when The Beatles appeared on the Ed Sullivan show. For millions of Americans, it was the first time they ever saw The Beatles. The impression the group left on the world from that performance was simply immeasurable. Countless rock stars and musicians have expressed multiple times throughout their lives how witnessing the Beatles on the Ed Sullivan show changed their lives.

The impact that The Beatles arrival in the Unites States had was unprecedented. The group was so popular that at one moment in time during the first week of April 1964, The Beatles managed to seal up the top five spots on the Billboard Hot 100 in the following order…. number one, “Can’t Buy Me Love,” number two: “Twist and Shout,” number three: “She Loves You,” number four: “I Want to Hold Your Hand,” and number five “Please Please Me.” That was the first time any artist ever held the top five spots on the United States Billboard top 40. It has never been done again. That’s how big the Beatles were.

The Rolling Stones also released slightly different albums in the U.S. than they had in the U.K. We included both on our 1964’s Best Rock Albums list. Pop culture varied greatly between the US and the UK in 1960s. There were many bands that made it big on either side of the Atlantic that didn’t make it big on the opposite side. Mass communication between two countries was limited to basically newspapers and the nightly news. It’s one of the reasons why The Beatles arrival in the United States in 1964 was met with total pandemonium.

The British Invasion of 1964 fired up the competitive nature of many of the American Legends of Rock and Roll whose careers began in the 1950s. Great new albums by Chuck Berry, Little Richard, Jerry Lee Lewis and Elvis Presley were also released in 1964. Instrumental music was still popular brand new albums by Dick Dale and The Safaris. Of course, the Motown label kept turning out great new records by their own artists like The Supremes. 1964 also saw the debut album of The Temptations. One cannot fail to mention how the music of Burt Bacharach began to dominate radio with his brilliantly written songs performed by Dionne Warwick.

Our 1964’s  best rock albums list only includes rock, pop and soul, but historically we must mention that jazz continued to sell well. Crooners like Frank Sinatra, Tony Bennett and Dean Martin all released big selling albums. And of course the music of Herb Alpert & the Tijuana Brass continued to fill the airwaves. If one is going to write the history of classic rock, one cannot fail to mention the other music that competed against it.

A look at the U.S Beatles albums released in 1964

All album covers in this article are Amazon affiliate links and are not stored on the ClassicRockHistory.com server.