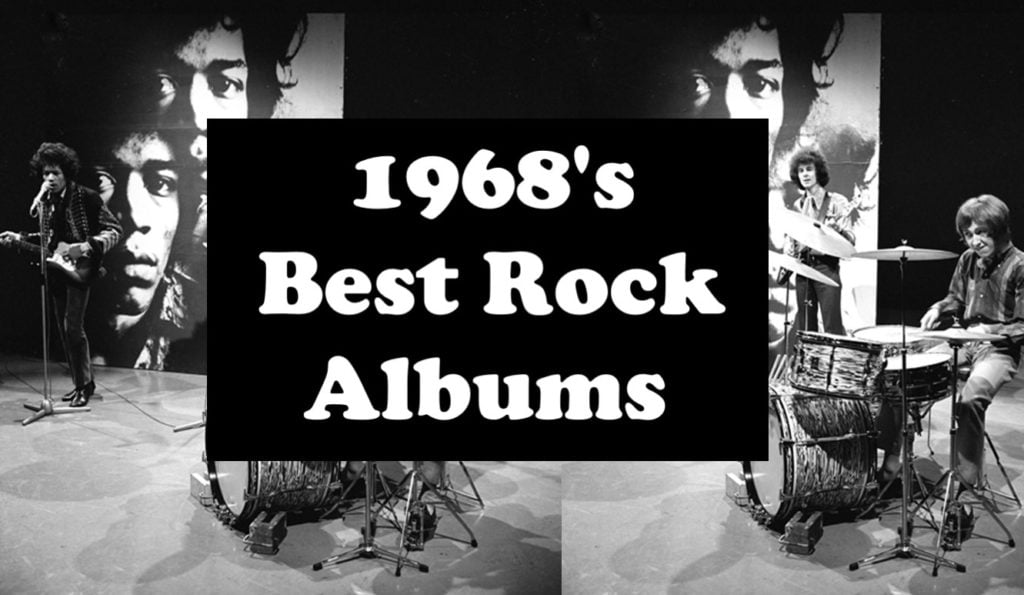 1968 Best Rock Albums list once again presents another legendary year in the history of rock and roll. The second half of the 1960s defined one of the best periods in rock and roll music of all time. Fueling the trend were great album releases by groups like The Beatles, The Rolling Stones, The Kinks, The Jimi Hendrix Experience and so many others. These lists have become incredibly difficult to put together with each year that goes by because of the amount of Hallmark albums that have been released.The Beatles and The Jimi Hendrix Experience released possibly their best records ever in 1968. Of course there’s much debate to that, but clearly these two groups released in 1968, two of the best records ever released period. Standing an inch behind them were the Rolling Stones, The Kinks, Cream, Traffic and The Mothers of Invention. Many artists who released their debut albums in 1967 came roaring back in 1968 with even greater albums. This was a time period when it was very common for bands and artists to release two new albums a year. Even some of these groups live albums become legendary records.

In 1968 there was a higher percentage of rock albums then there were rhythm and blues and soul records. Progressive rock, psychedelic rock and straight ahead rock and roll became the dominant force in music by 1968. Motown was still going strong. Aretha Franklin and Marvin Gaye released two of their greatest albums of all time. Booker T. & the MG’s continued to play on tons of records and release their own albums. James Brown continued to lead the way infusing R&B, soul and rock and roll as he became one of the most exciting entertainers in show business.

Interestingly, in 1968 we see the first two solo albums from the Beatles. Both John Lennon and George Harrison released solo albums while the Beatles were still together. However, these were more experimental solo records compared to the types of solo albums they would put out in the post Beatles years.

# 87 – Cruising with Ruben & the Jets – The Mothers of Inventions

#  8 – The Kinks Are the Village Green Preservation Society – The Kinks